Home|In Cold War 2.0 between the U.S. and China, put your money on Beyoncé 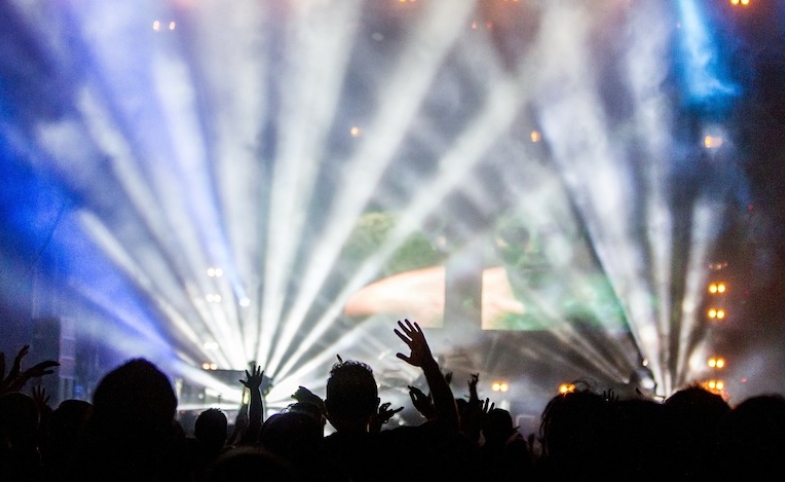 Beyoncé and Jay Z are proving that America has the diversity and creativity to survive the new China challenge. The musical duo inspires a new generation, shows America’s cultural strength, resilience and power—and just may help lead the world out of the new Cold War.

China may be stealing American technologies, draining U.S. trade coffers and interfering in the 2018 midterm elections, but it will always struggle to replicate America’s creative dynamism born of unbridled social and cultural expression and experimentation. The passion and energy of a row of Beyoncé dancers, legs flying—plus lights flashing, fireworks popping, bodies cavorting, plus the thumping, driving message of emancipation, inspiration and starkly sexy imagination—beats a bunch of stiff leadership dudes at the microphone any day.

This country was founded in political protest. Some of the most effective is rooted in musical traditions that today are amplified, distributed and are able to go globally viral—even when officially censored in other countries.

Under President Xi Jinping’s increasingly authoritarian rule, China’s party-state is oppressive, dogmatic and punishing. It’s not much fun, either. It’s a place that won’t show Disney’s new movie, “Christopher Robin,” for example, because Winnie the Pooh is considered subversive and is banned. Visa policies and the great firewall of China keep creative chaos and politically challenging messages at bay.

Innovation does not tend to thrive in a sterile and controlled social environment and managed economy. It can go far, but it can’t go forever. That was true during the Soviet Union’s existence, and it’s true today for China. The appeal of Western rock music, for example, with its protest spirit, represented freedom propelled by a fresh youth culture. It was a dizzying and appealing tonic for students and strivers locked up behind the Iron Curtain. I saw it first-hand in Czechoslovakia and the USSR and, while living in Hungary, gave a TEDx talk titled “How Rock & Roll Saved the World.” I argued that Western music and culture helped bring down Soviet Communism.

Western culture and democratic chaos appealed to youth throughout the Soviet Union and its East European captive states. The same is true for China today. The absence of a healthy and active artistic feedback loop leads to stagnation, even in the face of today’s rapidly growing Chinese economy. Poets, painters and non-conforming potential pop stars quickly find themselves in official disfavor, exiled or jailed. They don’t get record contracts and they don’t fill stadiums.

An artist as popular and independent as Beyoncé, who also challenges the status quo, would never arise or survive in contemporary China. There are no Uighur breakout bands. Instead, China’s government is working “to strangle Uighur culture,” says Vice President Mike Pence, as it jails and “re-educates” around a million members of this minority group.

China’s state-sanctioned cultural diversity is celebrated in formal presentations of traditional dress, music and dance, on show as rarified, regional objects intended to serve a message of national unity and overt support for the Chinese Communist party-state. Performances are safely anodyne. In the meantime, Chinese pop culture is plainly derivative. A recent music video and official song celebrating China’s far-flung build-infrastructure-around-the-world initiative is based entirely on the old Coca-Cola song, “I’d like to buy the world a Coke.” Really?

African-American artists such as Beyoncé and her husband, the producer-rapper Jay Z, incorporate into their work their racial identity and black America’s collective struggle. They melodically and percussively present a mix of boasting and barbed lyrics as the soundtrack to provocative video images that strike both at America’s greatest aspirations and its deepest social ills. It is raw and it is real.

One moment, Beyoncé will be singing “I just may be a black Bill Gates in the making” from the “Formation” mix and the next thing you know Jay Z is onstage reminding black America—and all America—that racism is real and present in “The Story of O.J.” Last week, in the San Francisco Bay area, packed and pumped audiences swayed to and sang with the music’s both hopeful and doleful meanings at Levi’s Stadium—the same stadium where Colin Kaepernick played his last professional season as a 49ers quarterback.

Protest is necessary for a healthy, creative, liberal and democratic society. It is a source of systemic self-correction, a means to audit institutions, check power, express displeasure and register dissent. It is fundamentally American.

This country was founded in political protest. Some of the most effective is rooted in musical traditions that today are amplified, distributed and are able to go globally viral—even when officially censored in other countries.

Democracy is messy, but it is preferable to a stifling and staid Sino-socialist system of command-and-control. Chaotic creativity thrives in America’s bubbling social, racial, ethnic and religious cauldron. To quote Jay Z, China needs to “Show me what you got.”

In a straight-out fair competition between an unimaginative and controlling regime and an irrepressible creative democratic system, my money is on America’s dragon-slaying beast.

Shirley Temple Black, an American cultural icon of the Great Depression Era, and U.S. Ambassador to both Ghana (1974-76) and Czechoslovakia (1989-92), passed away on Monday, February 10th. CPD reached out to a few public...