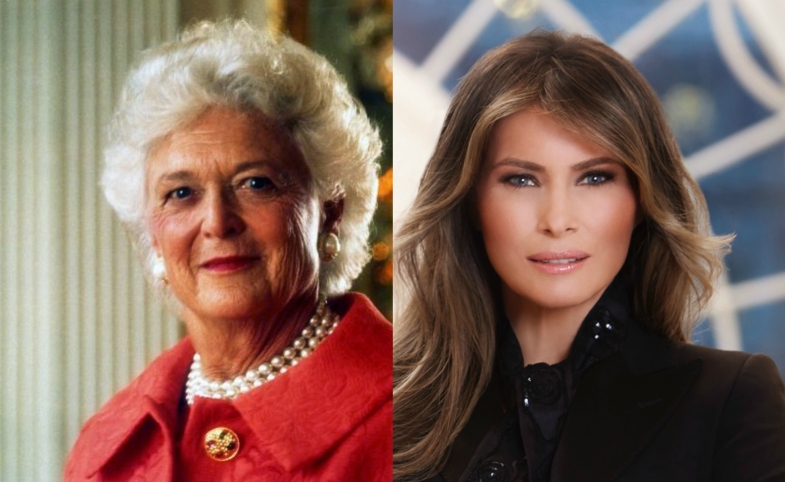 First ladies since Eleanor Roosevelt have developed over the years to do more than serve merely as White House hostess-in-chief. Barbara Bush took on an issue, applied her passion, and tried to move the needle on literacy. It’s now time to deploy Melania Trump where she can potentially make a difference. It’s time for her to visit her Central European home region to try and bring those countries back to the American fold.

Foreign-born and bred, Melania is the first modern First Lady who cannot accede to the presidency. A Slovenian immigrant to America, she speaks Central Europe’s language. Literally. A Southern Slav, she is familiar not only with the region’s spoken tongues, but also their unspoken cultural tics, social norms and political history.

First ladies have historically been deployed or volunteered to use their time to advance America’s status in the world. Jackie Kennedy famously used her grace and language skills to charm France and a good deal of Latin America. Laura Bush, a trained librarian, also promoted literacy around the world like her mother-in-law. Hillary Clinton stood up for universal women’s rights and religious freedoms everywhere she went. Melania Trump should now take advantage of her unique skills, personal narrative, and regional understanding to try to keep Central Europe from straying even farther from America’s goals and NATO allies.

Hungary, the Czech Republic, Slovakia, and Poland — known as the Visegrad Four — are all having their authoritarian dalliances and are, to a greater or lesser extent, undermining strategic American interests and values. Some are going much further, politically flirting with Vladimir Putin’s Russia.

Melania Trump should now take advantage of her unique skills, personal narrative, and regional understanding to try to keep Central Europe from straying even farther from America’s goals and NATO allies.

Despite Brexit and London’s active divorce from the European Union, Hungary is considered the greatest threat to the EU’s survival. Britain merely wants to leave the union, Hungary wants both to keep subsidies coming from Brussels while also undermining the EU’s legitimacy and authority. Last week’s resounding reelection victory for Prime Minister Viktor Orban further builds the momentum of a party-state that The Economist claims wishes to dominate the judiciary, corral the media, and raid the state coffers. All this while making sure to pander to Putin’s wishes and threaten to undermine any joint European efforts at strengthening – or even maintaining – the sanctions regime on Moscow. Punishing Putin for the Crimean occupation and Ukraine war are not top of mind for Orban’s administration and a Hungarian Parliament that proclaims total fealty to him (Disclosure: my wife is the former U.S. ambassador to Hungary).

The Czech Republic is no better. In fact, it is worse as far as Russia is concerned. The leadership is not only in bed with Russia, its associates share bank accounts with Putin cronies. Prague has become a storybook city full of thuggish “business” characters. (Notably, President Trump’s first wife, Ivana, was reared in then-Czechoslovakia and reportedly turned-down an administration appointment as U.S. ambassador to Prague.)

Poland is the one place that is not likely to give up a relationship with America for the promise of a better tomorrow promised by Russia. Poland has a longer memory and a more nationalist population and Russia remains enemy number one. A Melania visit here could act to reinforce Polish inclinations towards strengthening transatlantic relations – the way Donald Trump’s 2017 visit did – but she would need to remind them that the relationship is based on universal human rights and shared values that exclude anti-Semitism. This is a hard story to sell given President Trump’s role at highlighting xenophobia and his anti-immigrant, anti-refugee stance at home. But a deftly prepared visit can give her an opening to discuss the topic, whether openly or behind closed doors.

Slovakia is reeling from a recent journalist murder that led to the resignation of the country’s Prime Minister Robert Fico. The journalist was investigating government corruption when his apartment was invaded and he and his girlfriend were shot dead, bringing tens of thousands into Bratislava’s streets and starting an extraordinary set of events that brought down the government. If there is a bright light in the darkness of this act, it is that the martyring of Ján Kuciak has awoken the Slovak populace to the injustice and wholesale vice taking place at the highest level of government. Following the brutality, Slovaks want their country back.

Slovenia, Melania’s home country, can be officially skipped on such a visit so as to avoid any emotional or political conflicts. But a visit to the rest of Central Europe could be a game changer if she played the game well. Advocating for strengthened American ties, greater NATO support (Poland already contributes generously to the military alliance), an opening to political pluralism, an emphasis on our shared histories and cultural relations – these could all be comfortably within her wheelhouse and safely avoid the charges of hypocrisy.

America still holds a special place for those in Central Europe and enjoys high favorability numbers amongst their citizens. But it would be naïve to suggest that they are unaffected by President Trump’s assaultive words and assertive deeds. Melania would need to dance around all those things, as all first ladies do when they go abroad and, as the song goes, “accentuate the positive; eliminate the negative.”

Melania Trump has chosen cyberbullying as her cause, but she is already having a hard time selling the notion to an incredulous public when the tweeter-in-chief picks on people less powerful than he, a trait Barbara Bush critically noted during the 2016 campaign. Cyberbullying may feel like a good issue, but in Central Europe, Melania might make a difference while revisiting her roots and relate her personal rise to the American dream.

For a recent assessment on the CPD Blog of Hungarian Prime Minister Victor Orban's recent re-election, read PD & The Decline of Liberal Democracy: The Case of Hungary.

The fifth volume of Open Europe: Cultural Dialogue Across Borders edited by Barbara Curylo, Joanna Kulska, and Aleksandra Trzcieliñska-Polus, includes a number of papers that explore the rise of new...

How Visegradians Can Emulate Scandinavians

How Visegradians Can Emulate Scandinavians by Katarzyna Pisarska1   2014 is a year that marks epic anniversaries for the Visegrad states (Czech Republic, Hungary, Poland and Slovakia),...

American Public Diplomacy in Poland: 25 Years after the Fall

Note from the CPD Blog Manager: This piece was co-authored by Mieczyslaw Boduszynski, Assistant Professor of Politics and International Relations at Pomona College. Twenty-five years ago the Berlin Wall fell, and...