Home|PD & the Decline of Liberal Democracy: The Case of Hungary 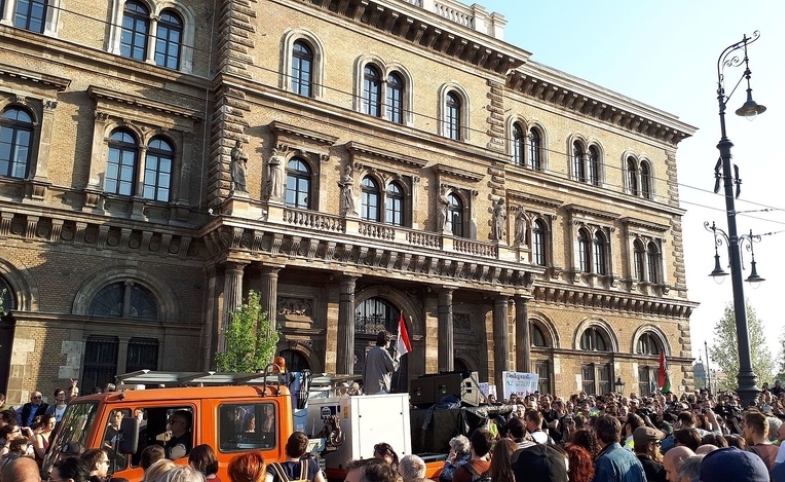 In the good old days, we worried about carrying out effective public diplomacy in patently authoritarian, newly independent or conflict-ridden states. We had a well-established set of public diplomacy practices to lay the groundwork for democratic institution building, featuring principles of tolerance, transparency and freedom of expression.

But what do you do when these principles are at risk in established democracies? When democratically elected leaders and their governments disparage liberal values in defense of national security and prosperity, political sovereignty and the preservation of national identity? How does public diplomacy promote devalued principles of tolerance, transparency and free expression?

As we struggle to manage the widening gap between values and actions in our own country, we must also keep track of public diplomacy challenges elsewhere. Take Hungary, for example, a country that endured centuries of occupation and incursion, bloody wars and ill-fated revolutions, to emerge as a strong Central European democracy, a trusted NATO ally and EU member state. Today, it is on the verge of becoming a cautionary tale about the decline of liberalism—and the fragility of democratic values.

In 1989, as a young firebrand politician, Victor Orban emerged as a champion of liberal democracy, calling for an end to communist rule and Hungary’s triumphant return to the West. Today, Prime Minister Orban, just elected to his third straight term of office, has morphed into a hardline authoritarian. As the self-proclaimed prophet of “illiberal liberalism,” he and his fellow Fidesz party members have steadily eroded Hungary’s hard-won democratic freedoms.

Citing Russia, China and Turkey as political models, Orban has been busy squeezing out independent media, launching repressive measures against ethnic minorities and refugees, and amending the constitution to limit judicial authority. Much like Putin and the restoration of a so called “Greater Russia,” Orban appears to be fixated on a vision of Hungary as a bastion of traditional values and a model of homogenous ethnic cohesion.

In the effort to achieve this vision, no one has been more vilified by the Orban government than Hungarian-American financier and philanthropist George Soros. Indeed, the demonization of Soros served as a core theme of Orban’s recent reelection campaign. Describing Soros-funded democratization initiatives as corrupt, destabilizing and even “evil” influencers, Orban and his supporters have launched a series of public attacks against a number of Soros-sponsored institutions.

Can public diplomacy help to mitigate the decline of democratic liberalism? No. And yes.

Chief among Orban’s targets is the Central European University (CEU), founded in Budapest by Soros in 1991 to offer a broad liberal education to students from newly independent states and developing countries. CEU’s subsequent prominence as a haven of liberal idealism didn’t sit well with Orban. In April 2017, the Hungarian Parliament pushed through stringent amendments to the higher education law that would force CEU to close down by Fall 2018, unless it could negotiate a bilateral treaty with the United States and establish an accredited campus on U.S. soil in a mere 12 months. (Today, little progress has been made on either front, and recent reports suggest that CEU is considering a move out of Hungary.)

In the wake of these punitive amendments to the education law, protestors took to the streets in solidarity with the university, and the government appeared to tone down its anti-CEU rhetoric. However, just a few days ago, immediately after Orban’s sweeping reelection victory on April 9, a prominent Orban supporter dangerously upped the ante, publishing the names and institutional affiliations of those associated with Soros initiatives.

Titled “The Speculator’s People,” this unprecedented “name and shame” article identifies a number of individuals, many of them foreign citizens, who are allegedly working to “enforce George Soros’ will.” The list of so-called “mercenaries” focuses on CEU faculty but also includes the names of people working at human rights monitoring and advocacy organizations as well as independent media outlets. Now the attacks on democratic values in Hungary have become personal—and threatening.

The short-term public diplomacy implications are significant as well. A strong judiciary, robust media and widely representative civil society institutions provide the conditions necessary for vigorous public debate about government policies and actions. And public diplomacy initiatives provide a platform to manage these exchanges, which are vital to the health of a democracy.