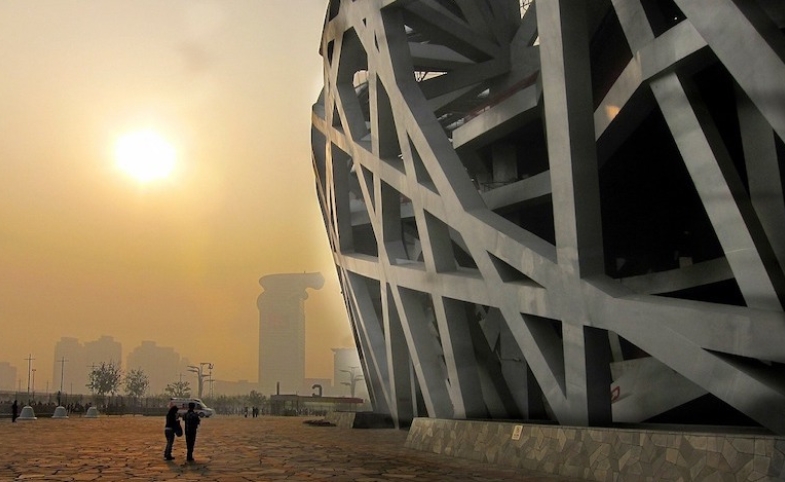 When China’s investment in soft power exceeds the combined government spending of the U.S., UK, France, Germany and Japan, public diplomacy starts to blur into the area of dollar diplomacy, and inducement combined with intimidation were often considered to be the “hard edge” of China’s soft power. To some, the edge has become so sharp that it is deemed to have changed the nature of soft power, as argued by Christopher Walker and Jessica Ludwig when they coined the new phrase “sharp power” in 2017 to refer to “authoritarian soft power” because it “pierces, penetrates, or perforates the political and information environments in the targeted countries” through the use of “outward-facing censorship, manipulation and distraction.” They used China and Russia as typical examples and stated that “what we have to date understood as ‘soft power’ when speaking of authoritarian regimes might be more properly labelled as ‘sharp power.’”

It is interesting to see that they did not shy from using the word “label,” making it clear that their definition of sharp power is more about “who” does it rather than “how” it is done—even if China and Russia are doing the same thing, it becomes different because “although Russia and China undertake some activities that can credibly fall into the category of normal public diplomacy, the nature of these countries’ political systems invariably and fundamentally color their efforts,” which gave the authoritarian projects a “malign and aggressive nature.” The examples they gave for such activities include people-to-people exchanges and cultural events like Chinese New Year celebrations.

Sharp power is neither soft nor hard power—it is the product of an unskilled mixing of the two, or put simply, “unsmart power.” This is not to coin a new term, but rather to make the point that no new term is needed.

Since the term was created to safeguard the concept of “soft power” from being misused or even contaminated, comments by Joseph S. Nye bear particular significance. In his article, “How Sharp Power Threatens Soft Power,” published in January 2018 as a direct response, Nye clearly articulated that “sharp power, the deceptive use of information for hostile purposes, is a type of hard power.” To him, the difference between soft power and sharp power is also in nature, but that lies in the “how” and “why”: if power is used in this way and for this purpose, then it is sharp power. The U.S. had done it before, including during the Cold War (secret funding for anti-Communist parties in the 1948 Italian election and the CIA’s covert support to the Congress for Cultural Freedom). When the term is simply directed against the “who,” then it is nothing more than “a new term that describes an old threat.”

Nye also made a clear point that “Chinese soft power programs, such as Confucius Institutes (CI), do not slip into sharp power,” as “government backing does not mean they are necessarily a sharp power threat,” adding that “only when a Confucius Institute crosses the line and tries to infringe on academic freedom (as has occurred in some instances) should it be treated as sharp power.” By citing examples of both the CIA and the CI, Nye has made the focus quite sharp in what distinguishes sharp power from soft power.

If smart power is the right mix or has the correct ingredients of the hard power of coercion and the soft power of persuasion and attraction, I think sharp power is better understood as a result of unsuccessful combination of the two. In other words, I disagree with Walker and Nye in believing that perceived sharp power is neither soft nor hard power—it is the product of an unskilled mixing of the two, or put simply, “unsmart power.” This is not to coin a new term, but rather to make the point that no new term is needed. This is an old challenge China has been facing, however, it is something different from the three established concepts of soft, hard and smart power. It describes the outcome of an unsmart approach—it is the “how,” not the “who” or “why” that defines the difference. How can Chinese New Year celebrations and people-to-people exchanges serve a hostile purpose? All states’ soft power efforts can have good intentions, but the effects can sometimes be distorted by the application of hard methods.

China’s official response to this new expression came in March 2018 during a press conference, when Wang Guoqing, the spokesperson for Chinese People’s Political Consultative Conference, claimed that it has been “concocted [by the West] to vilify China,” and the accusations that China infiltrates the political and information environments of other nations are “filled with prejudice, discrimination, and hostility.” I do not think China should blame the coinage of the term, as one cannot dictate the target audience’s reception and reaction to one’s message, and the sharp power rhetoric is a true reflection of the perception held by some target audiences.

If this is a misperception due to “fear and misunderstanding” as the spokesman has put it, then China needs to look at how to dissolve them by adjusting the recipe. As Confucius said, "when it is obvious that the goal cannot be reached, do not adjust the goals, adjust the action steps.” This would be the smart move for China, as generating smart power is its ultimate goal. One of the adjustments China can make is to look to its own people as a source of attraction and persuasion. They are the secret ingredients that can dissolve the sharp power perception. Perhaps they can only inform and influence at the individual and local levels, but they can tell better stories of China.

Xin Liu
CPD Blog Contributor
Senior Lecturer and Chinese Course Leader, School of Language and Global Studies, University of Central Lancashire
YOU MIGHT BE INTERESTED IN...