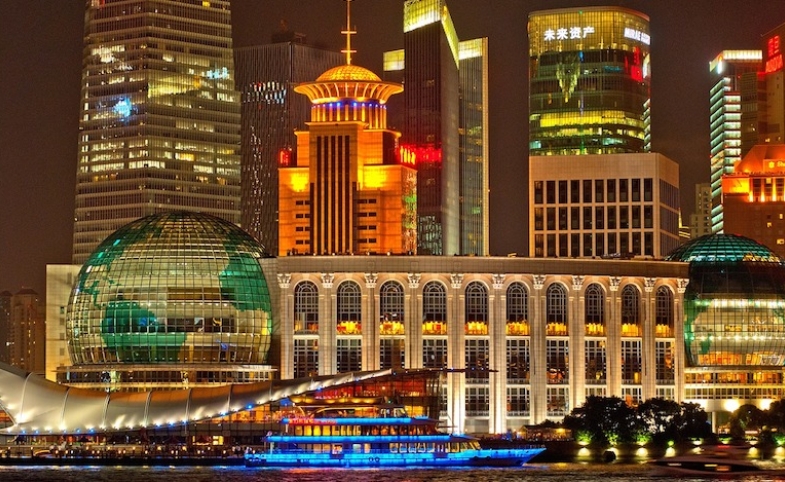 With the endless buzz surrounding China’s economic and military activities, discussions of more abstract aspects of China’s rise are often lost within the noise. Nowhere is this truer than in analyses of Chinese soft power—a subject both neglected and poorly understood by mainstream Western audiences.

On September 6, Professor Stanley Rosen provided an opportunity to explore this underreported area, speaking at the USC Annenberg School for Communication and Journalism on China’s efforts to expand its soft power influence. Rosen is an expert on Chinese politics and society, having authored or edited eight books and written numerous articles on related topics. These have ranged from Chinese public opinion to youth culture, film, media and Sino-American relations. He is currently co-editing a book on Chinese soft power.

The Chinese Communist Party is usually willing to sacrifice its image abroad as long as its domestic audience is undisturbed.

Rosen describes soft power as "the ability to attract and co-opt… [and] to shape the preferences of others through appeal and attraction." This stands in contrast to hard power, which is the use of money or force to project influence. This definition was first put forward by Joseph Nye, who coined the term "soft power" in his 1990 book, Bound to Lead: The Changing Nature of American Power.

An important caveat, raised by Rosen several times during his discussion, is that Nye’s definition inherently favors liberal democracies. Features endemic to authoritarian governments, such as rigid controls on media and expression, make it difficult, if not impossible, for such societies to reach soft power parity with their democratic counterparts.

China, despite spending over $10 billion per year on soft power initiatives, consistently ranks lower than the United States in global opinion surveys. Rosen says that approval ratings of China tend to hover around 30 percent, remaining both lower and more consistent than the United States, which sees ratings fluctuate greatly between presidencies.

Rosen attributes this disparity to several defining features of Chinese soft power. Chief among these is the Chinese government’s top-down approach. According to Rosen, nearly all Chinese soft power activity is planned and directed by the Chinese Communist Party. This results in an inflexible narrative, limiting the ability of core cultural soft power assets, such as Chinese film and media, to appeal to a global audience. By contrast, American soft power is largely free of government direction, adapting to people’s preferences rather than a coordinated ideological message.

A notable exception to this rule was raised during the question and answer session of Rosen’s talk. Chinese soft power has seen its greatest success in the developing world, where China is relatively unburdened by allegations of human rights abuses in areas such as Tibet and Xinjiang. The lack of international media access in less developed regions has allowed Chinese outlets to promote a favorable image among the local populace. This effect is perhaps most striking in Africa, where China has invested heavily in communications infrastructure and offers low-priced access to Chinese-backed news outlets.

China’s success in Africa is aided by another feature of its soft power approach. There are few value or morality-based strings attached to Chinese funds. As Rosen describes the Chinese soft power proposition, "you couldn’t be Chinese, so we won’t ask you to [be]." This stands in contrast to the typical approach of Western nations, which tend to advocate for human rights, democracy and other liberal principles. Rosen argues that this is one clear soft power advantage that China has over the United States, allowing it to appeal to a broad range of undemocratic regimes suspicious of Western influence.

Despite these regional successes, Rosen believes it is unlikely that Chinese soft power will become a major global force in the near future. He cites the example of Mo Yan, the first Chinese national to win the Nobel Prize in Literature. Shortly after the award was announced, Chinese government officials decided to invest roughly $100 million in creating a "Mo Yan Cultural Experience Zone" in the writer’s hometown. Mo Yan was not consulted about the project and was reportedly unenthusiastic about the attempted transformation of his quiet rural village. Rosen posits that this heavy-handed, top-down approach is typical of Chinese soft power initiatives, meeting with little success despite large expenditures.

The Mo Yan episode also highlights another roadblock to global Chinese soft power success—namely, that the Chinese government cares far more about domestic influence than it does about its international image. While the Mo Yan Cultural Experience Zone is unlikely to attract many foreign visitors, they were never its intended target. As the recent controversy in Xinjiang highlights, the Chinese Communist Party is usually willing to sacrifice its image abroad as long as its domestic audience is undisturbed.

Rosen’s discussion, while painting an insightful picture of China’s current soft power status, offered few suggestions on how the middle kingdom could improve its prospects going forward. When asked how China, given its current government system, could bolster the strength and reach of its soft power, Rosen mentioned simply that the Confucius Institutes have been a successful anomaly among Chinese soft power projection.

Reading between the lines, Rosen’s closing words seemed to encapsulate a key underlying theme in his work: "How do you get success in Chinese soft power? Not through the government."

James Cutchin
CPD Blog Contributor
Master of Journalism Student, University of Southern California
YOU MIGHT BE INTERESTED IN...