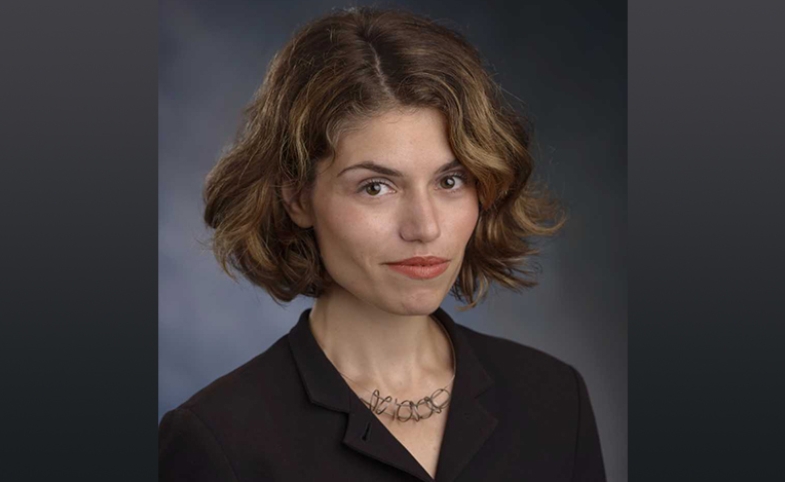 Maria Repnikova is Assistant Professor in Global Communication at Georgia State University and 2020–21 Wilson Fellow at the Woodrow Wilson International Center for Scholars. Her new book, Chinese Soft Power (Cambridge University Press, 2021) analyzes the origins of Chinese soft power, the political motivations and ideologies behind it, the institutions involved in promoting it and the efficacy of its instruments globally as a lens to view Chinese soft power in the 21st century.

When did you first get the idea to write this book?

I first got the idea in the fall of 2019 following a conversation with Professor Ching Kwan Lee, editor of the Global China Element series for Cambridge University Press. She encouraged me to write a book that synthesizes what we know so far about Chinese soft power, including its key mechanisms, like media and education, as well as the conceptual thinking about soft power in Chinese academy and policy community. I have been thinking and studying Chinese soft power since approximately 2017 though, starting with China’s external communication practices via state media outlets.

What did you glean from the study about the kind of soft power China creates and exercises?

I found that Chinese visions of soft power are influenced by the original concept coined by Joseph Nye, but they also diverge from it in some ways. For instance, Chinese interpretation of soft power is more fluid when it comes to separating between hard and soft power resources, as well as between domestic and external audiences of its diplomatic initiatives. As for how China exercises its soft power, there are some important converging trends, such as the increasing dynamism and localization of Chinese soft power initiatives, their ambiguous global reception and some operational challenges, including limited measurement of audience feedback and in some cases, resource shortages.

Overall, we see some discrepancy between the grand ambitions and resources invested into soft power and the mixed impact on the ground. Though I would argue that some initiatives, such as education exchanges and small-scale diplomatic forums and spectacles, are more likely to be effective than more indirect channels like Chinese state-owned media broadcasting.

You found that the effectiveness of Chinese soft power initiatives varies across regions. What are the key variations in your analysis?

I find that Chinese soft power initiatives are more dynamic in the Global South where we see more active experimentation with localizing production and marketing, as well as more potential in shaping public opinion in the absence of significant competition from the West. For instance, there is a major uptick in scholarships and trainings for students and elites from the African continent, but also from other regions in the Global South, including Latin America and Southeast Asia. These immersive trips to China are impactful in sparking inspiration, though studies show that visitors, especially those partaking in long-term degree programs, also have mixed experiences with the quality of education and in some cases with integration into Chinese society.

Other than in the education realm, there is also vast potential for Chinese soft power via communication infrastructure as part of the Digital Silk Road, including provision of Internet and digital television access, but also in sales of affordable smart phones. The communication infrastructure space is important to observe closely in the study of Chinese soft power in the Global South.

I have initially set out to write more of a synthesis of the existing literature on Chinese soft power, but I ended up writing more about how Chinese soft power is imagined and implemented. For instance, I explore in this book the re-interpretation of Nye’s original concept by Chinese intellectuals and how in many ways soft power is seen as critical for China’s rise, yet it is understood in rather ambiguous terms. Some argue that the key to Chinese soft power is traditional culture, others invoke China’s development model and economic success, and others emphasize Chinese history and ideology.

I also ended up paying attention to domestic audiences and domestic drivers of Chinese soft power initiatives more than I had anticipated in the beginning. In analyzing the motivations for enhancing its soft power, I found that Chinese academics underscore domestic cultural cohesion and stability. In expanding cultural and media reach, it is also notable how domestic economic motivations can drive or reinforce some of these efforts. Chinese universities, for instance, can get more resources by attracting international students. Chinese state media outlets are looking to capture new markets as part of “going out” policy. Major diplomatic spectacles also often carry an economic component, including trade fares.

Chinese soft power is often interpreted as a grand political project, but when we unpack it, we find that the external motivations are often fused with domestic ones, such as the desire to shape domestic public opinion about China’s global prowess, as well as to gain economic resources and practical benefits.

You wrote toward the end of the book that “The study of China’s soft power can also be significantly enriched with more comparative work.” Can you expand on that?

Yes, I believe that more comparative work can be instructive in several ways. First, it can help us determine which features of Chinese soft power are distinctive. In what ways does Chinese soft power fit the larger global trend of public diplomacy and image management, and how might it diverge or differentiate itself from these trends? It can also help us reveal how China’s soft power performance compares to those of other major powers. Here, I particularly emphasize the value of comparing China and the United States. Second, comparative work can help us grasp the varied impacts of Chinese soft power. By looking at how Chinese soft power operates in the Global North versus the Global South, or in contexts that are culturally similar and different, we can better map out and decipher the uneven implications of China’s soft power expansion.