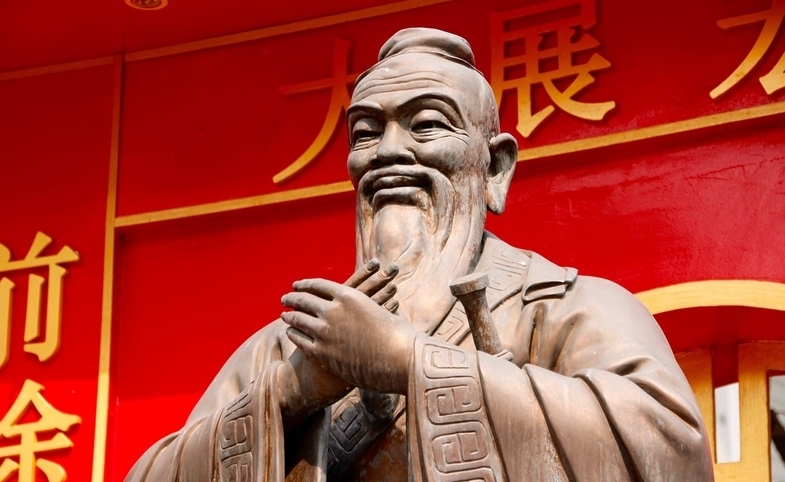 As Confucius said in around 500 BC, "When it is obvious that the goal cannot be reached, don’t adjust the goals, adjust the action steps."

This is just what China began to do a decade ago, in embracing the concept of soft power. At the 17th Party Congress in 2007, President Hu spoke of the need to "enhance culture as part of the soft power of our country."

The goals China wishes to reach were, he said, "to better guarantee the people's basic cultural rights and interests, enrich the cultural life in Chinese society, and inspire the enthusiasm of the people for progress."

China’s investment in its soft power institutions has since been both significant and rapid.

Indeed, China’s spending on soft power over the last decade has hit $10bn a year, according to David Shambaugh of George Washington University. This is more than the combined government spending of the U.S., UK, France, Germany, and Japan on soft power.

The top-down endorsement of this approach has continued with President Xi Jinping vowing "to promote China's cultural soft power by disseminating modern Chinese values and showing the charm of Chinese culture to the world."

The last 10 years of investment has provided China with an impressive portfolio covering the range of instruments of attraction usually associated with soft power.

In education, China now has over 400,000 international students studying at its universities. It has set up a global network of 500 Confucius Institutes teaching Chinese language and culture.

In international broadcasting, CCTV broadcasts globally on television, radio, and online in English, Russian, Spanish, and Arabic as well as Chinese.

In terms of culture, the growth of standalone institutions has been less rapid with a network of 16 cultural centers globally, but Chinese embassies have successfully pursued cultural programs and events around the Chinese New Year to considerable advantage.

If you take into account China’s use of major international events - in sport, the Olympic Games in 2008, hosting the Winter Games in 2022, or pressure from the leadership to develop football and mega events such as Shanghai Expo - China’s overall effort to establish itself as a soft power superpower has outstripped any of its rivals.

Despite this massive investment, China’s soft power still languishes far behind that of its Western rivals in most comparative studies: 28th out of 30 in Portland’s 2016 report on soft power or 20th out of 25 according to Monocle.

Many reasons for China’s relative weakness despite its spending have been put forward. The foremost of these is the gap between how China wants to be seen, and its ambitious growth in hard power and often repressive stance at home.

There are, however, three other significant reasons for the gap between spending and impact. Firstly China remains resolutely unwelcoming to the soft power of others.

This is articulated most forcefully by Hu Jintao in his article in Seeking Truth in January 2012 where he wrote, "We must clearly see that international hostile forces are intensifying the strategic plot of Westernizing and dividing China, and ideological and cultural fields are the focal areas of their long-term infiltration."

Xi Jinping has recently urged Chinese universities to limit the impact of Western scholarship on their teaching, including preventing the use of imported textbooks or blocking Facebook, Twitter, Google, and Instagram. This is part of the same picture. China wants to be welcome overseas but is much less welcoming at home.

Secondly, the party is far more concerned about its soft power within China than it is with its influence outside. Ultimately its public diplomacy effort is about retaining and justifying its position internally.

Whether it is in the development of its cultural infrastructure, extraordinary in it scale and scope, or in the constant reiteration of Chinese cultural values and harmony, or Xi Jinping’s exhortations to artists to "consolidate the confidence in Chinese culture and use art to inspire people," the party’s concern is with what people believe in China. The narrative China tells itself about itself is the story it also tells the outside world.

Thirdly and perhaps most intriguingly, we also tell ourselves that China shares our own evaluation of the effectiveness of soft power. But in most international arenas China has shown itself prepared to question many of the assumptions we have formed since 1945 about how the world works.

Through the creation of the Asian International Investment Bank, Xi Jinping’s championing at Davos of free trade within a globalizing world, its alternative development assistance programs, or the sheer scale of ambition in the One Belt One Road trade route initiative, China is offering to fill the vacuum with a China-centric view of how the world’s countries will relate to each other. In its use of soft power China also challenges the core concept of universal human rights and values and seeks to replace them with "socialist values including equality, economic development, and harmony."

Over the past 30 years China has proven itself a master of taking from the best from the West in terms of economic, social, and cultural development - but only those parts which fit into its vision of China in the 21st century. It has now done so with the tools of soft power and may yet fashion something entirely more challenging with them.

Note from the CPD Blog Manager: This piece, written by Sir Martin Davidson, originally appeared in the 2017 Soft Power 30 report.