Home|Soft Power, Emotion, and the Future of Public Diplomacy 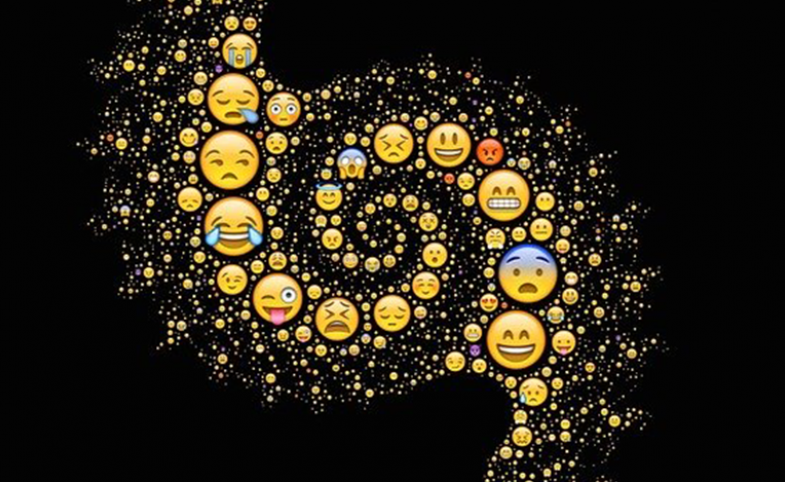 In late April 2019, U.S. President Donald Trump met with Twitter CEO Jack Dorsey in the Oval Office. This followed an earlier tweet in which Trump claimed Twitter was playing “political games.” While President Trump tweeted that they had a “great meeting” and “lots of subjects were discussed regarding their platform, and the world of social media in general,” Trump spent at least a proportion of the time voicing concerns over his declining follower numbers, amidst claims of partisan censorship by Twitter.

What this White House meeting with one of the tech giants shows is the power of social media: how necessary it is to enhance the scope and outreach of “the message,” particularly in the promotion of political identity through these platforms. Social media is a valuable tool, for political leaders and diplomats alike. Yet we often overlook why this might be the case, beyond simply the opening of another channel of communication between a state and its domestic and foreign publics.

Emotion is key to this increasing digitization of public diplomacy: we cannot fully understand digital diplomacy without considering the power of emotion in cultivating an identity that underlies public diplomacy. Public diplomacy is fundamentally about developing and handling relationships between a state and its foreign publics. Part of this process involves persuasion, which Joseph Nye has shown is an important component of soft power—the ability to influence foreign publics to accept or agree with the foreign policy agenda of the state in question.

Persuasion is not just about building connections through material gain or coercive force, there is also an important emotional component that underlies successful public diplomacy strategies. Such initiatives facilitate sympathetic relations between states and their foreign publics, to the extent that their domestic public support greater cooperation and engagement. The key here is the link between persuasive public diplomacy strategies and identity politics: states employ public diplomacy strategies not only to convince others of a particular policy agenda, but also to persuade them that the identity related to those policies has moral worth and should be recognized in their dealings with others.

Emotion is key to this increasing digitization of public diplomacy: we cannot fully understand digital diplomacy without considering the power of emotion in cultivating an identity that underlies public diplomacy.

The digitization of communication means that policymakers and diplomats now have to contend with far greater levels of transparency and accountability in their actions, partly because of an increased expectation about openness towards the general public, both domestic and foreign. The potential for greater dialogic practices of communication also introduces a further complication, namely the spread of emotional contagion over social media platforms.

Emotions can spread from person to person: fear, joy, anger and sadness, these can all be transferred between individuals, and from individuals to a group. Text-based social media posts, and the images that accompany them, are imbued with an emotional resonance that can influence how people respond to them, and also generate emotional reactions in their own right. This means tweets, Facebook and Weibo posts, or Instagram stories can go beyond the online realm such that individual reactions can be shared between followers or broader online networks, which are then discussed in the offline, “real world” environment.

The difficulty here is that if digital diplomacy strategies aim to cultivate a particular emotion within a community, this is complicated by the nature of social media—wherein the distinction between domestic and foreign publics is effectively obsolete—and the nature of emotions—while one person might feel a certain way, there is no guarantee that others will have the same emotional response. What does the intersection between social media, identity and emotion mean for the future of public diplomacy?

One of the most challenging issues policymakers and diplomats will face is the destabilizing effects of digital disinformation. Fake news is increasingly difficult to counter, particularly in relation to undermining positive representations of state identity. Even when exposed as propaganda, as a strategic untruth, this does not necessarily mean people will either believe or act on this new information. This is partly because digital disinformation can feel true, especially if we are emotionally invested in believing certain fake news narratives.

While it is a disputed concept, the “backfire effect” offers a useful way to explain why those susceptible to believing falsehoods remain unconvinced when presented with evidence that exposes the truth of disinformation. The online spread of conspiracism—the less articulate version of conspiracy theory, built on what Jay David Bolter calls "incoherent, often contradictory assertions rather than a consistent story"—is another newfound challenge for public diplomacy, one that relies largely on innuendo with no need for explanation. Russell Muirhead and Nancy Rosenblum liken this to social validation: "if a lot of people are saying it, it must be true enough."

Social media allows for the ease of information communication, and conspiracism thrives in this environment. Users can share texts and images without any verification, with each untruth gaining more attention than the last. The ramping up of anger and outrage feeds into social media algorithms that reward popular posts with more visibility and promotion on those sites.

Digital diplomacy will remain a key component of public diplomacy strategies, and will perhaps become an even more powerful foreign policy tool. Yet if we focus too much on analyzing networks and algorithms, we overlook the human element—the emotional and ideational components that are part of how we use social media and interact online—and risk falling into the trap of technological determinism.

To facilitate effective digital diplomacy, particularly in light of efforts to counter digital disinformation, we need to pay more attention to the complex intersection of social media, emotions, and identity, and the implications this has for the effectiveness of strategic soft power initiatives.

Note from the CPD Blog Manager: This piece, written by Constance Duncombe originally appeared in the 2019 Soft Power 30 report.

U.S. Senator Hiram Warren Johnson's 1918 dictum—the truth being the first casualty of conflict—reverberates like a cliché debating current affairs, where advanced narratives warfare has become a primary means for adversarial...