Home|From soft to sharp: Dealing with disinformation and influence campaigns 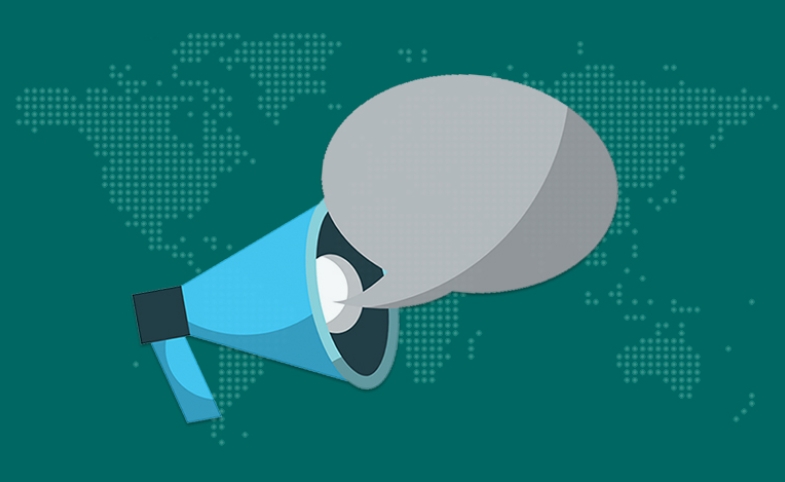 From soft to sharp: Dealing with disinformation and influence campaigns

Back in 1990, Joseph Nye conceptualized power as the “ability to do things and control others, to get others to do what they otherwise would not”. He argued that “the fragmentation of world politics into many different spheres has made power resources less fungible, that is, less transferable from sphere to sphere”. For example, it seemed more difficult by the end of the Cold War to convert military power into trade deals than it was in the age of gunboat diplomacy. Although this was regrettable for the world’s preeminent military force, Nye found solace in the idea that “other instruments such as communications, organizational and institutional skills, and manipulation of interdependence have become important”. The grand strategic question for post-Cold War statecraft, therefore, became one of “how holders of power could wield that power to shape or distort patterns of interdependence that cut across national boundaries”, by leaning on an array of soft power resources in conjunction with the hard power of military and economic levers.

Marcel Van Herpen argues that many of the activities encompassed within Nye’s view of soft power have been rearticulated by the Kremlin through the lens of an existential threat from the West. Such an understanding appears emblematic of how authoritarian and underdog powers might view the soft power of foreign states as it radiates into their sovereign territory. Viewed as a zero-sum game, soft power becomes a synonym for foreign intervention: destabilizing activities managed centrally by antagonistic states in support of their selfish foreign policy objectives, working through carefully selected proxies based in the country, and threatening sedition via multiple nonconventional attack vectors. For the underdog looking to exert its own asymmetric foreign influence, influence operations are a necessary tactic in a world where force and coercion alone cannot be relied upon to produce foreign policy outcomes. Influence operations are complex interdependence made ugly.

For authoritarian countries, running influence campaigns means scoping for vulnerabilities and exploits in one sector of a foreign society in order to have an impact (or a series of impacts) in another. This relies on a necessarily fluid understanding of the sociocultural conjunctures that link different sectors at different times, as well as the continual testing of unconventional methods that can achieve desired results. Therefore, this corrupted interpretation of soft power is about strategic patience and grasping sudden opportunities, analyzing and measuring vulnerabilities, systematic testing, getting lucky, getting things wrong, and then doubling down when a door seems to open. It is a task for the opportunist as much as the master strategist. Digital technologies, and more importantly the social habits around them, have exponentially increased the opportunities for exploiting complex interdependence. Closer interconnectedness between peoples creates more complex interdependence, hence greater opportunities for exerting influence.

Unsurprisingly, since Russia intervened in Crimea and the 2016 U.S. Presidential Election, Western democracies have become increasingly preoccupied with methods for coping with these kinds of challenges. For the past couple of years, my research team at the Department of Strategic Communication, Lund University, has been supporting governments by designing processes to handle different aspects of influence operations. In Sweden, we worked with the Civil Contingencies Agency (MSB) to develop a training package for public sector communications professionals for dealing with hostile foreign influence during the 2018 general election and beyond. In the UK, we worked with the Cabinet Office and Foreign & Commonwealth Office to create a systematic process for monitoring and responding to disinformation for all government departments. In Finland, we worked with the European Centre of Excellence for Countering Hybrid Threats on protecting elections. We have been commissioned by a variety of public and private sector organizations to help them mitigate the effects of influence operations on their work. Our small team has trained thousands of civil servants and seen our methods adopted by dozens of countries and organizations around the world.

In our experience, raising awareness of the risks of influence operations is crucial to developing societal resilience. Good communication between government departments, the private sector (especially tech companies), researchers, and the general public can be a challenge, though major events like elections tend to focus energies and can build sustainable relationships. Open-source monitoring techniques and the ability to efficiently declassify information are also important for developing early warning systems. Perhaps our best advice to organizations at the operational level is to ignore disinformation unless it really presents a critical threat to them. If they do choose to respond, then they need to counteract the intention rather than just rebut the message. These steps may seem small, but getting our own house in order is essential to creating resilience to these kinds of threats.

I mentioned above that authoritarian states sometimes experience Western soft power as an attack on their institutions and political systems; as a form of political interference. The justification for their influence operations in democratic countries is simply that they are giving back what they have received for so many years. If democracy is so vulnerable to interference, they argue, maybe the system is not so robust after all. However, we should be wary of falling into the trap of relativism. Using soft power to attract and persuade, ultimately in support of democracy promotion, is not the same as deliberate efforts to delegitimize, disenfranchise and confuse.

Influence operations are malicious, and their aim is to create disorder so that authoritarian states can extend their spheres of power without a coordinated response from Western states.

Our response should not be to fight fire with fire. Governments should not be relying solely on countermeasures such as reciprocal cyber and hybrid attacks. More importantly, we should double-down on the soft power and good governance that so irritate authoritarian states.

We should invest more in public diplomacy, strengthening civil society, media pluralism, people-to-people exchanges and democracy promotion. Such activities are legitimate forms of influence, whereas spreading disinformation is not. It’s time to get clear about where ethical lines, and the distinctions between legitimate and illegitimate influence, are drawn. Isolationism in the current context is a cowardly response to the challenge of hybrid threats.

The debate surrounding influence operations shows that soft power is intimately connected to sharp power. Communication is a force multiplier, and if used effectively can generate asymmetrical effects. This is nothing new of course, but what we have seen over the past few years demonstrates that a willing underdog can create a disproportionate impact with relatively low-cost, low-risk efforts to pollute the information environment. Some countries and organizations will be inspired to conduct their own influence operations, perhaps upon targets that lack the resources of major Western democracies, and whose public spheres are all the more susceptible to manipulation. I expect our future discussions of soft power to be increasingly colored by critical questions of how it can be used to push back on trends of manipulation and illegitimate influence.

U.S. Senator Hiram Warren Johnson's 1918 dictum—the truth being the first casualty of conflict—reverberates like a cliché debating current affairs, where advanced narratives warfare has become a primary means for adversarial...