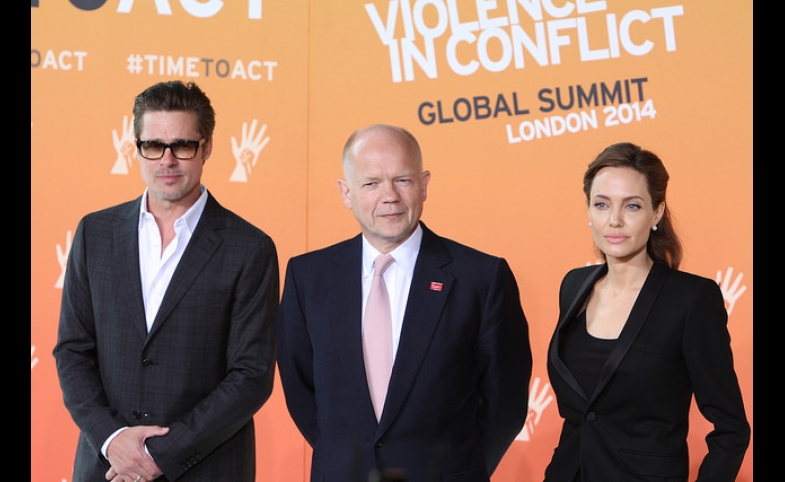 Each recent British Foreign Secretary has brought their own flavor to public diplomacy. Robin Cook’s “ethical foreign policy” argued that strong values should provide the basis for an image that can then be used to promote overseas trade. Jack Straw and Margaret Beckett contributed to increased professionalism in PD, including a clearer focus on the outcomes of PD activities. This helped re-envision PD as a tool of policy, linked to strategic goals. David Miliband had a very targeted approach to PD that ultimately brought it closer to a strategic communication or a “campaign” style.

William Hague’s resignation after four years in the role inevitably raises questions about his legacy. Within hours, Robin Brown blogged[1] about Hague’s impact on foreign policy, but I think there’s a connected question about the impact he had on British public diplomacy. Of course, there were the cutbacks and the removal of PD funds, but ultimately I don’t think these had the negative impact many feared at the time. Rather, the austerity savings, and some new sources of funding, were used to reshape PD in the ways outlined below. Here’s my Top 7 countdown:

A major change enacted by Hague was one of terminology. Prior to the change of government, the term "public diplomacy" was still widely used, though it had lost its luster. When the Coalition came to power, they suddenly – and without warning – started referring to what used to be PD activities as "soft power."

This was undoubtedly connected to the creation of a National Security Strategy (NSS)[2], which tied Britain’s military security to its economic security. Basically, it argued that if you want to maintain a military, you need an economy capable of paying for one. As a consequence, economic growth was essential, and so questions of attraction and promotion logically fit under the NSS.

Given this proposed link, use of the terms “hard” and “soft” power were almost inevitable. PD didn’t vanish entirely, but there can be little doubt that Hague oversaw the most significant change in terminology and theories of change for these kinds of activities in a decade.

As part of its funding settlement in 2010, the FCO set itself the goal of being recognized as “the best Diplomatic Service in the world” by 2015. Of course, what this really meant was “better than the French”, particularly at combining political lobbying and targeted aid to boost trade. Although aimed to a large degree at domestic stakeholders, Diplomatic Excellence was also about how the FCO network would be used to spread ideas, norms and influence among both traditional and non-traditional partners. Hence, it in many respects sought to integrate this new view of soft power into everyday diplomatic business.

There’s been some uncertainty about what the NSS meant in practice for PD[3], but I would argue that a major part of the impact of the NSS was in the creation of the Prosperity Directorate in the FCO. This new Directorate has opened offices in dozens of posts, and functions as an extremely integrated form of political and commercial work, while throwing in some overseas development assistance for good measure.

Supported by a small number of multi-million pound development funds, these new Prosperity Departments seek to generate commercial opportunities by assisting in the development and liberalization of infrastructure and capacity. This mix of commercial, political, and development objectives is explicitly linked to the NSS, and particularly to the notion of supporting international stability (and hence lower military costs) through generating prosperity.

Its connection to PD may be seen in its promotional components, its public-private collaborations, and its focus on social and institutional reform. Most characteristic, however, is the level of integration and strong sense of common purpose between political and commercial objectives; part of the Diplomatic Excellence ideal of quietly revolutionizing how PD fits within normal diplomatic behavior.

Alongside these innovations has been the creation of a unifying brand identity, GREAT. It seems to have overcome initial grumbles of discontent, and you’ll be hard pressed to find a British promotional activity that doesn’t have GREAT materials in close attendance. With an annual budget of £45 million overseen by the Cabinet Office, Hague’s FCO network has been essential to the rollout of this government-wide promotional tool with unified trade, investment, tourism and education objectives.[4]

Of course, there were also the Olympics and Paralympics, which were huge PD opportunities. The British Council ran some wonderful campaigns, including the Cultural Olympiad and International Inspiration, and the FCO and UKTI drove the Prosperity agenda by creating a British Business Embassy in London during the Games. Ultimately, though, the Games themselves were the best worldwide advertisement for the UK in a generation.

Landing a close second is the decision to move the BBC World Service’s funding from the FCO to the BBC License Fee. Quite what this means in practice remains to be seen, though there were no immediate consequences to report when I visited BBC News a few weeks after the handover. Traditionally a favorite of the various PD oversight committees, this change is likely to ensure minimal political influence over the World Service, which can only be a good thing.

Hague’s number 1 PD legacy is his leadership of the Prevention of Sexual Violence in Conflict initiative. Apparently inspired by a screening of Angelina Jolie’s "In the Land of Blood and Honey," Hague successfully brought the initiative before the G8, UN Security Council and General Assembly and secured wide-ranging agreements from 145 countries for new standards of investigation and prosecution, the removal of amnesties for criminals, and steps to ensure the empowerment of victims. This culminated with a global conference in London in June 2014 (pictured above), and it would seem that “Hollywood Hague”[5] will continue his work with Jolie and UN Special Representative Zainab Bangura even after he retires from politics next year.

"By comparison with any period over the past two decades, Hague’s record on PD demonstrates its institutionalization within diplomacy proper under the guiding principle of security through prosperity."

The PD components of this campaign were wide-ranging, including collaboration with NGOs, the involvement of celebrities and community leaders, and a largely open debate with multilateral stakeholders. The digital part of the campaign was also strong, under the hashtag #TimetoAct. But most importantly, Hague put Britain’s diplomatic network to work for a good cause, one not motivated simply by security, trade or political influence, but that used Britain’s influence to create a groundswell of public and elite opinion that ultimately helps make the world a better place. In this sense, the campaign fits within the scope of the NSS, but points to the potential of PD as a tool for good within a coherent national strategy.

Hague’s record on PD is strong when considered alongside his predecessors. If there’s one message to take from his accomplishments, it’s the level of coordination that has been successfully installed across government. There have always been examples of good British PD campaigns, but most of Hague’s achievements relate to shaping a consistent strategic direction to the diplomatic network, which I think can be seen across most of these examples. Therefore, I’m in disagreement with those who claim that the NSS hasn’t had much of an impact.[6] By comparison with any period over the past two decades, Hague’s record on PD demonstrates its institutionalization within diplomacy proper under the guiding principle of security through prosperity.

It’s worth casting an eye to the future. What can those interested in PD expect from incoming Foreign Secretary Phillip Hammond? The short answer is, not a lot. I would suggest that we are likely to witness a continued focus on the NSS as a guide for PD activities, not least because Hammond was previously Defense Secretary. With the general election less than a year away, the Scottish vote in September, and a new NSS at the drafting stage, I wouldn’t expect any major changes or new initiatives under Hammond unless his hand is forced by Scottish independence or some other major international event.

The best known – and, dare I say it, the most respected – example of public diplomacy broadcasting just ended. Did you notice? Don’t worry, you weren’t supposed to. You see, in April, after 75 years, the British government...