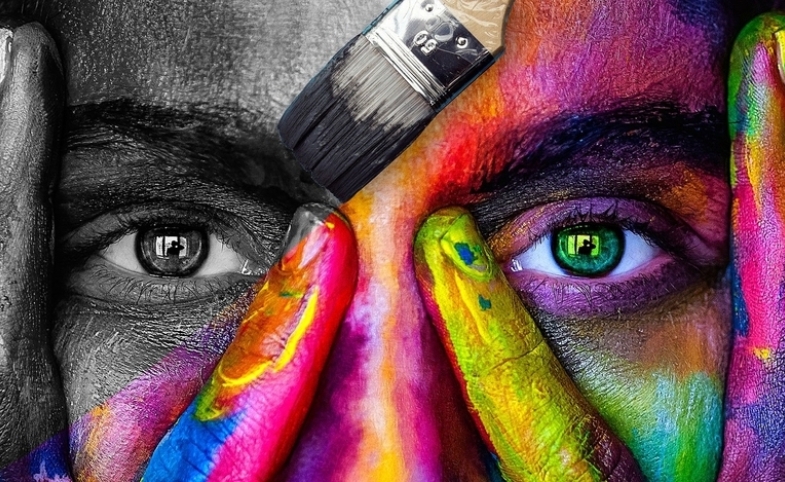 The British Council was founded to create a "friendly knowledge and understanding" between the people of the UK and the wider world. The British Council aims to use the cultural resources of the UK to make a positive contribution to the people, institutions and governments of the countries it works with. This creates opportunities, builds connections and engenders trust, so that it can make a lasting difference to the security, prosperity and influence of the UK.

The global nature of my role as Head of Evaluation offers a really rich opportunity for research, learning and evaluation across our global arts programs. Looking at a range of different contexts, program types and sizes, and a range of outcomes, we are looking from our programs with rich possibilities to develop our evidence base, to reflect and to learn.

The British Council approach is based on mutuality and co-creation across its cultural relations programs operating in 110 countries. In June 2016, The British Council launched its global Arts Strategy based around five thematic pillars:

An example of our work is from our yearlong global program Shakespeare Lives in 2016 which marked the 400th anniversary of his death. Shakespeare Lives sought to maximize the entire capacity of the British Council’s worldwide network in partnership with internationally focused government departments engaging with more than 50 million people worldwide. It was co-funded by the British Council and the GREAT Britain campaign and delivered in partnership with the UK Foreign and Commonwealth Office, Department for International Trade, Department for Culture Media and Sport, and VisitBritain:

The 2016 report, “The Connecting Ground,” published by the Institute of Cultural Capital, University of Liverpool, noted: "Shakespeare was often seen as a means through which to encourage engagement with UK contemporary culture, from collaborations with UK companies, to learning about UK history and tourism opportunities in the country.

For some stakeholders, the opportunity to work with organisations and individuals from the UK was important in upholding this trust. This was evidenced by instances of collaboration in which interviewees demonstrated positive attitudes towards their British colleagues, the celebratory attitude of the Chinese press towards working with British institutions, and survey respondents outlining benefits of collaboration such as meeting new business partners. More generally, stakeholders were positive about the arts scene in the UK, about wanting to visit the UK and about the welcome that people in the UK might give them."

Soft power is often discussed interchangeably as either an initiative (or input) into a cultural or other process or as an outcome (or output) of a set of cultural interventions.

The University of West Scotland, looking at how the British Council might approach evaluating the arts and soft power, considers soft power a dynamic process. However, the vagueness of the concept has limited its effective deployment.

Evaluation of soft power suffers from the absence of clear objectives or overly generalized objectives.

There is difficulty in identifying and isolating the "object of study," developing meaningful indicators of success and agreeing on routes to evaluation. The evaluation of soft power effectiveness should be two directional: looking at both the delivery agents' resources, capabilities and behaviors along with the receiving audience’s perceptions, and behaviors toward the soft power delivery agent. Soft power can too easily become an empty phrase. In reality what it means is the cumulative, long-term bank of national assets—moral and cultural, which predispose people to listen to a country.

Soft power can too easily become an empty phrase. In reality what it means is the cumulative, long-term bank of national assets—moral and cultural, which predispose people to listen to a country.

Evaluations of the cultural sector are a complex challenge in a field strongly characterized by aesthetics, emotion and subjectivity. During 2017, we undertook an evidence review across our global arts programs, reviewing nearly 90 arts evaluation and research reports to help us develop and create an Arts Evidence Strategy which would help us going forward with our evidence base and learning from our arts programs which would feed into our new global Results and Evidence Framework.

Across our arts programs we have utilized a 360-degree integrated approach to our evaluation strategy around soft power based around three metrics:

Drawing together a range of sources for qualitative and importantly quantitative evidence to explore what, if any, contribution or emerging evidence there might be, but also leaving room for the unexpected.

Tools for measuring results include:

Benefits of a Global Stage

Last year, the British Council published a research report by the Institute for International Cultural Relations at the University of Edinburgh that found that promoting a nation’s culture and political ideals on the global stage brings significant economic and strategic advantages.

Researchers have found that a state’s soft power has statistically significant impact on foreign direct investment, overseas student recruitment, tourism and international influence in fora like the UN General Assembly.

This is an emerging evaluation approach that we are still refining and testing across our arts and cultural programs looking to learn and explore with similar organizations as our thinking develops around cultural relations, cities, soft power and also how we might start to think about benchmarking our arts programs. Our arts opportunities page on the British Council website highlights some of the ways you can get involved and work with us.