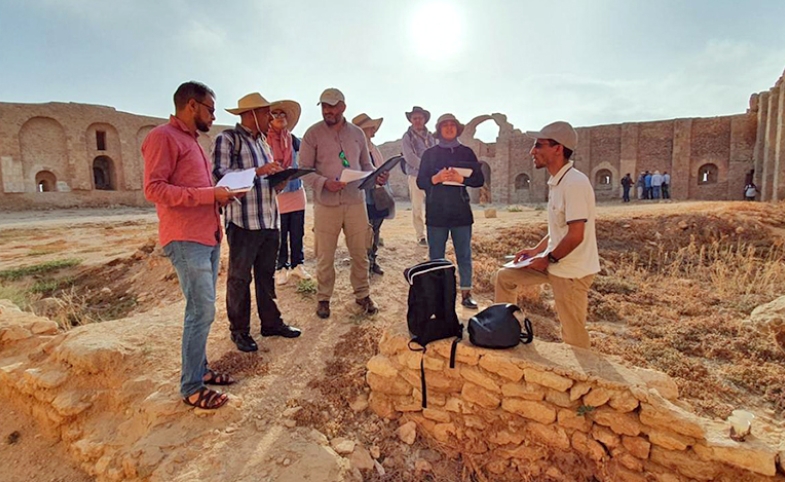 Cultural heritage protection is increasingly being understood by the United States as playing a critical intersectoral role in supporting development and diplomacy. The UK Integrated Review in 2021 recognized:

The source of much of the UK’s soft power lies beyond the ownership of government – an independence from state direction that is essential to its influence. The Government can use its own assets, such as the diplomatic network, aid spending and the armed forces, to help create goodwill towards the UK – for example, through support to disaster relief or through our international work to protect cultural heritage in conflict settings.

An example of a current project includes one that builds local capacity to restore the traditional houses of Beirut that have suffered extensive damage due to conflict, post-conflict reconstruction and the recent explosion in the Port of Beirut. The project will carry out restoration work, provide training to local people on traditional craftsmanship and create a toolkit to support future heritage protection of the Old City of Beirut.

The cultural relations approach adds to the on-going narrative about the role of culture in development. It shifts the focus from a formulaic approach to development to an emphasis on processes. Both formulas and processes lead to outcomes, however cultural processes are far more attuned to the values, beliefs and practices of participants than formulas that operate a high-level of abstraction.

As an exercise in Cultural Relations, the Fund supports the development of valuable international connections and networks between organisations. These are evident in the relationships formed between international grant holders and local NGOs, in the networks formed within projects.

Often based on personal relationships, these interactions constitute a level of heritage diplomacy that operates below the official visible one. This range of interactions constitutes a ‘community of practice’ between heritage professionals, international organizations and other civil society actors that creates its own kinds of diplomatic opportunities and mutual recognition. Cultural relations foster participation, dialogues, reciprocity and trust. In other words, cultural relations approaches are people-oriented and feature partnerships with local communities. As international affairs professional Tim Rivera notes in his 2015 article for CPD Perspectives in Public Diplomacy:

The absence of government is just as important for cultural relations as its presence is for cultural diplomacy. Cultural relations is the mutual exchange of culture between peoples to develop long-term relationships, trust, and understanding for the purpose of generating genuine goodwill and influence abroad.

Mutuality and intercultural dialogue are central to the Cultural Protection Fund using a cultural relations approach, which can create and ensure a mutual enabling environment that is based on understanding of local contexts and an appreciation of cultural diversity. Due to this commonality aspect, cultural heritage provides stakeholders ‘safe spaces for dialogue,’ even though the In2Impact evaluation for the Fund highlights:

Cultural heritage is very far from being apolitical, like sport and other areas of arts and culture, it can often serve the purpose of a topic around which people and organizations with diametrically opposed views can convene, potentially as a precursor to engaging in a dialogue about more contentious issues.

International collaboration, assistance and networking on heritage are multifaceted, with much attention given to the conservation needs of places, buildings and sites. As the evaluation by In2Impact of the Cultural Protections Fund highlighted: “Viewed through the lens of UK diplomacy, evidence suggests that the Fund has become a valued tool in the toolbox of local HMG missions. It is a diplomatic ice-breaker, it helps to open ministerial doors and supports the strengthening of UK government-to-government relations.”

As Singh notes in his 2022 research report for the British Council exploring the soft power and cultural relations of the Fund:

The value of both soft power and cultural relations approaches to heritage preservation lies in processes that bring together stakeholders, often in participatory ways, to enhance mutual understandings, and cater to the foreign policy goals of the donor. The key to understanding the cultural relations and soft power processes lies in connecting the approaches to cultural preservation with issues such as community, values, and development.

The British Council’s Cultural Protection Fund is careful, a soft power supporting varied kinds of heritage-making. It gains legitimacy from providing assistance to heritage practitioners in post-conflict countries with no explicit requirement for foreign expert involvement.

Photo: The Cultural Protection Fund's Training in Action project, run by Durham University's Department of Archaeology in partnership with the Department of Antiquities of Libya and the Institut National du Patrimoine de Tunisie, which intends to serve as a replicable model for Libyan and Tunisian heritage professionals to train new staff in documentation techniques and preventative conservation.

As part of the Cultural Values Project commissioned by the British Council and the Goethe-Institut, a new literature review has been published. This review looks at the context of "cultural relations" and how it compares to...