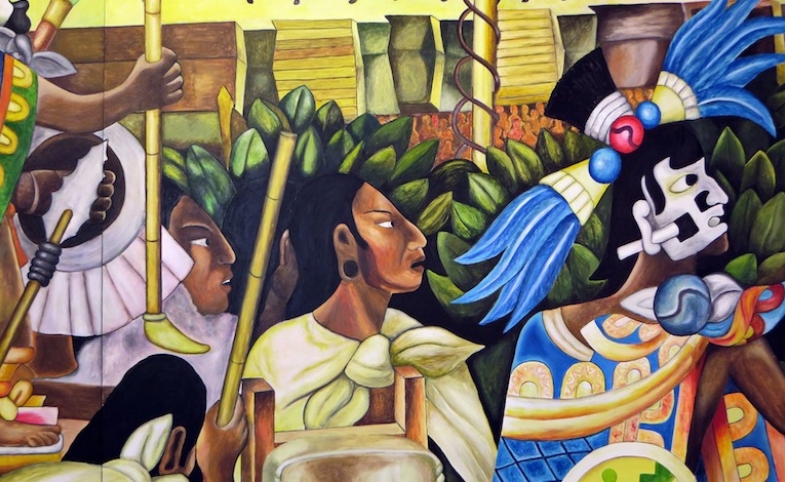 Prior to starting my Master in Public Diplomacy (MPD) degree at USC, I explored ways in which I could help women reconnect with their ancestral heritage while enhancing their professional skills. Through various conversations with multiple women at different stages in their careers, an idea gave light to a program about preserving cultural heritage, which I plan to launch this summer.

It began with the guidance of Dr. Mavel M. Marina, a specialist in short-term, high-impact international programming from the University of California, Santa Barbara. She shared stories of women in leadership positions, such as those who work for U.S. embassies, and I was inspired to shape the idea of Heritage—a program that would encourage women to reconnect with their ancestral heritage as a means of professional advancement.

Recently, Dr. Marina met with MPD students to discuss public diplomacy and the ways in which the future generation of public diplomats can explore how to implement ideas we may have about diplomacy on an international platform.

Dr. Marina encouraged us to engage internationally by testing ideas and concepts that we thought may impact various realms of society including, but not limited to: diplomacy, education, entrepreneurship, science, technology and global service—all of which can be tackled by designing and implementing short-term, high-impact programs and binational businesses. The platform’s focus is to guide young leaders through the diplomatic and collaborative process of international engagement. Her recent meeting with MPD students encouraged us to apply theory to practice and provided an opportunity to collaborate and practice public diplomacy with other young leaders across borders as soon as this summer.

Heritage is one of three programs that is being put to the test on Dr. Marina’s international platform. It is a labor of love that has taken much time and dedication and is set to make its inaugural run this July in Puebla, Mexico.

Globally, women are known to be the purveyors of ancestral heritage through the sharing of cultural knowledge from generation to generation. This knowledge is often overlooked in today’s professional landscape, but globalization has led to a much more interconnected world. Knowledge of culture, language and professional protocols is essential when expanding organizations or building education diplomacy through international programming.  Thus, the Heritage program provides participants an international (re)connection experience to culture, history, current affairs and professional protocols with a goal to ignite personal connections that will result in professional binational collaborations between women from all walks of life.

Individuals in the U.S. who are personally and culturally connected to another country should see themselves as natural cultural diplomats.

To assure success in participant growth, I combined my efforts with young leaders from both Mexico and the U.S. on interdisciplinary projects focused in fields of education, science, business and cultural preservation because I began to understand that public diplomacy can be seen as intersectional—one in which players from all fields come together to create multidimensional and multinational solutions for any challenge.

What does this mean for public diplomacy?

Individuals in the U.S. who are personally and culturally connected to another country should see themselves as natural cultural diplomats. Many individuals in the U.S. who are born to immigrant parents are exposed to cultural components of their family’s countries while simultaneously being raised in American culture. Engaging with the diaspora in the U.S. through a program such as Heritage can help foster an environment of respect and understanding both in and out of the U.S.

For practitioners of PD or any other internationally centered field, a 360-degree view of another country will lead to a better understanding of the country overall. Ultimately, this understanding can lead to better collaboration between foreign publics, U.S. entities and the many diaspora communities in the U.S.