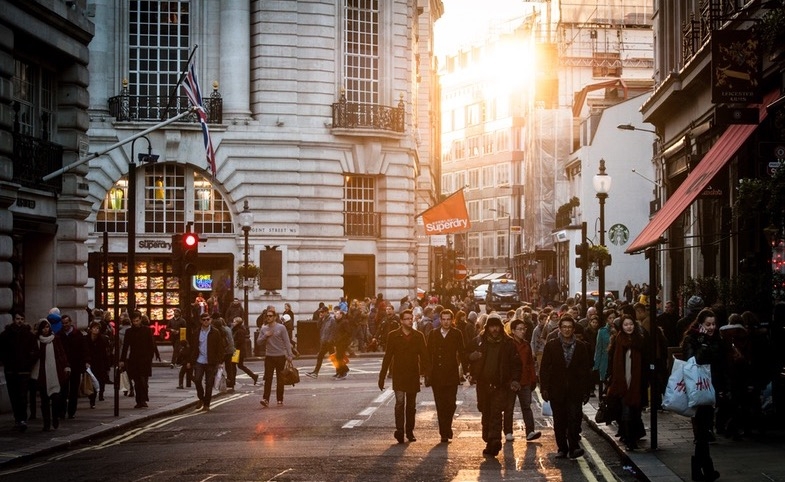 Our hyper-connected world has put more power in the hands of individuals and other non-state actors – from NGOs like Greenpeace to transnational terror groups like the so-called Islamic State. Over the past decade, foreign ministries have responded by becoming increasingly sophisticated in their communication strategies. Diplomats need to communicate directly with foreign publics to explain foreign policies, and to mobilize governments and civil society to support their aims.

Writing for the Spectator recently, Sebastian Faulkes noted after a literature visit to Russia, organized by the British Council, “This is how culture reaches the parts that mainstream diplomacy cannot.” Many of the factors that influence the attractiveness of a country fall outside of the direct control of government. Music, heritage, art, knowledge – they exert a powerful emotional pull on the human soul and they speak volumes about the societies that produced them.

Most BBC World Service journalists do not see themselves as soft power assets; UK University lecturers do not set out to create an Anglophile network of world leaders; and British musicians and actors do not press the Hollywood flesh out of a sense of duty to communicate their country’s cultural superiority. Regardless of intent, these individuals and institutions speak volumes about the UK’s governance, culture and values and can create the right conditions to convert goodwill into global influence.

Direct government control over activities or institutions that positively influence foreign publics often invites suspicion. Soft power activity is quickly undermined if it comes across as lacking in authenticity or as government propaganda. During the State Visit to the UK by Chinese President Xi Jinping, the image of crowds spontaneously gathering to wave banners and welcome the President to the UK were fatally undermined by the news that these same flags had been brought to the Chinese London Embassy by diplomatic courier. The distinction between cynical ploy and genuine engagement is not the only reason why Governments should keep their main instruments of public diplomacy at an arms’ length.

Whilst governments must be careful not to overtly direct the activities of its citizens as part of its public diplomacy, individuals are increasingly important to solving some of the world’s most intractable challenges.

Attempting to centrally direct national tourist boards, broadcasters or cultural institutions for political gain can distort their operational efficiency and prevent them from delivering the public goods that makes them soft power assets in the first place. For example, although the objectives of BBC World Service are agreed with the Foreign Secretary, the way it fulfills its core function, to provide an accurate, impartial and independent news service covering international and national developments, is at the discretion of the World Service. Its move from FCO to license fee funding in 2014 has also distanced the World Service from perceptions that it has been an arm of government.

One of the greatest argument for governments to maintain an arm’s length from soft power assets is the governments simply cannot compete with popular culture and with global networks of individuals and organizations exchanging knowledge, art, ideas and experiences.

As Professor Joseph Nye notes on the Soviet Union’s attempts to centrally promote its cultural superiority during the Cold War, “Soviet state-run propaganda and culture programs could not keep pace with the influence of America’s commercial popular culture in flexibility or attraction. Long before the Berlin Wall fell in 1989, it had been pierced by television and movies.”

Today this sort of factory-line approach to culture is being tried by China – with similar results. In 2011, the state-sponsored Shanghai Synergy record label set out to manufacture an international pop sensation to compete with Western dominated pop-culture. Despite making her 2012 debut in the U.S., few people outside of China have heard of Ruhan Jia.

As we have seen in this age of populist politics and social media marketing, people respond to their peers, influencers, and non-establishment figures, rather than more traditional sources of information and authority. Societies that can freely exchange ideas and then engage peer-to-peer are best able to form the multiple points of contact that most effectively influence foreign publics on a mass scale. As the father of public diplomacy Edward R. Murrow noted, “The real crucial link in the international exchange is the last three feet, which is bridged by personal contact, one person talking to another.”

However, whilst governments must be careful not to overtly direct the activities of its citizens as part of its public diplomacy, individuals are increasingly important to solving some of the world’s most intractable challenges. As former UK Ambassador Tom Fletcher argues, “Diplomacy is too important to be left to diplomats.” What Fletcher advocates is a new “Citizen Diplomacy” where individuals take responsibility for advocating for solutions to the globe’s shared problems. The recent Wilton Park report, "New Diplomacy," makes a similar call for new actors to be included in resolving diplomatic issues. Individuals from the charity sector, creative industries and in education have a huge role to play.

These new citizen diplomats, even when their agendas differ from that of their government, play a vital role in projecting a positive image of their country. Just as the BBC World Service’s frequent criticism of the UK government has earned it a reputation for credibility, an open and globally engaged civil society, that isn’t curtailed by government, speaks volumes about a country’s place in the world as a benign influence in international affairs.

Globally engaged societies have a huge competitive advantage over closed and isolated ones. However, it is tempting to see citizen diplomats as competitors or disruptors to conventional diplomacy. Diplomats within liberal democracies have to have the courage of their convictions and trust in the values of the society that they represent. By creating platforms of cultural exchange and advocacy for diverse actors, governments can more effectively help to solve the world’s shared problems, and better promote their country’s image overseas.

Photo by Unsplash I CC 0