Home|Operating in a Networked World 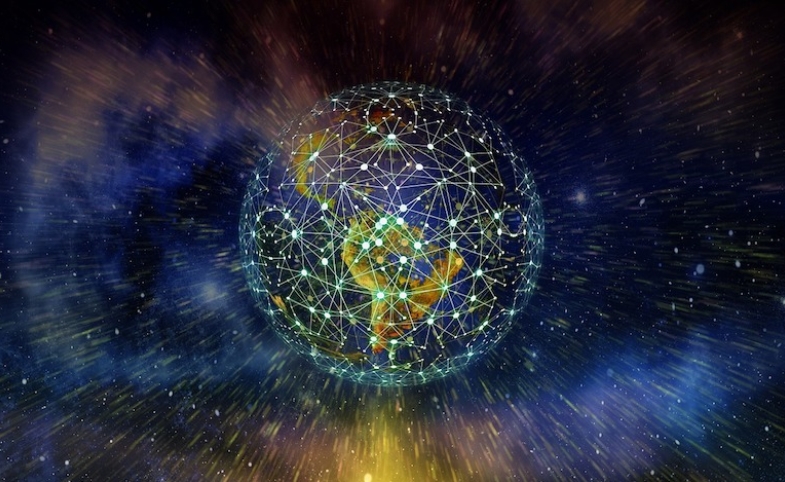 Driven in part by the democratization of communications through technology, power has been diffused from major capitals and elites to individuals, civil society and other non-state actors. The networks that connect us do not respect borders or boundaries in the realist conception of the world. As the political scientist Anne-Marie Slaughter notes, the world is not always a chessboard with easily defined hierarchies and rules. It can be a diffused series or organic and spontaneous connections between individuals and organizations that know no borders. From Airbnb to ISIS and from the Extinction Rebellion climate change protests to hybrid warfare, hierarchies are being replaced or complemented by networks. The ability to create, manage and mobilize these global networks of actors is how influence is achieved in the 21st century.

Operating in a networked world will require a new type of leadership from the UK if it is to successfully defend the liberal rules-based international system it helped to shape in the 20th century. So how does the UK begin to build these networks at a time when we are leaving the European Union?

The UK is already a member of a number of international treaty organizations, has one of the largest overseas networks of any foreign ministry and played a role in creating the international rules-based system that underpins the liberal world order. Power in networks stems from connectedness—the number, type and location of other nodes within a network. A good example of the power of connectivity to achieving foreign policy goals comes from former UK Prime Minister Sir John Major in his evidence to the House of Lords Soft Power and Persuasion Select Committee in 2014. The policy to erect a safe haven for Iraqi Kurds during the first Gulf War, he notes, “was born in No. 10, taken to a European Union meeting that morning, endorsed there and, while we were getting it endorsed in Europe, the Foreign Office was contacting every member of the Commonwealth so that the idea of safe havens was approved in the United Nations, with the support of the European Union and the Commonwealth.”

In the wake of the Skripal attack in Salisbury, the UK and over 20 of its allies expelled 342 Russian diplomats in solidarity. The impact and legitimacy gained through so many countries engaging in collective action in support of Britain’s response to this attack was far greater than the sums of its parts.

Operating in a networked world will require a new type of leadership from the UK if it is to successfully defend the liberal rules-based international system it helped to shape in the 20th century.

However, it is not only other governments that the UK must co-opt to achieve its aims. For example, when the UK hosted a conference on Preventing Sexual Violence in Conflict in 2014, it was not a grand bargain between elites held behind doors. It was open to the public and modeled on the interactive aspects of a political party conference. By opening up the process to a wider group of stakeholders, such as NGOs, civil society groups, along with a compelling campaign message with a clear, actionable objective, the UK Government was able to build a coalition of actors that were able to pressure other governments through public opinion, lobbying and through the galvanizing power of the crowd—the desire to connect and be part of something larger than ourselves.

If the UK is to create and mobilize a network of states, civil society groups and other actors, then the UK must master the new leadership skills. In their book New Power, Henry Timms and Jeremy Heimans make a distinction between “Old power” which works like a currency, is closed and leader-driven. “New power” on the other hand works like a current. It is open, participatory, and peer-driven. Like water or electricity, it’s most forceful when it surges. The goal with new power is not to hoard it but to channel it. There are initiatives that show the way forward for a networked UK foreign policy. The FCO have chosen to make defending media freedom and improving the safety of journalists who report across the world a key policy priority for 2019. As part of this campaign the UK and Canada will co-host the Global Conference for Media Freedom in London in July 2019 and the UK has also created an expert panel, headed by internationally respected human rights lawyer Amal Clooney as Special Envoy, to recommend ways of strengthening the legal protection of journalists. The UK also announced a new Chevening Africa Media Freedom Fellowship to create an opportunity for 60 African journalists over the next five years to gain experience in the newsrooms of Britain’s leading media organizations.

This sort of networked approach needs to be embedded across the UK’s national strategy. The campaign to protect media freedom could benefit from open innovation to develop new solutions to protecting media freedom by opening up the process to experts, journalists, NGOs and the public. Jigsaw, Google’s geopolitical tech incubator, is creating digital tools to protect independent news sites from cyber-attack and create platforms for investigative journalists to search public records. Combining crowdsourcing with journalists at the front line of media freedom and governance experts could yield the results that conventional policymaking has missed. For example, during the Arab Spring in Egypt the activist group “We Rebuild” managed to connect to the internet in Sweden to bypass censorship to create a “how-to” page for cyber activists. There is also a benefit to this known as the “Participation Premium”—people value things more if they feel they have had a hand in creating it and are connected as part of a likeminded community. By empowering individuals from around the world to create solutions you are also creating a community that is personally invested in the success of your campaign.

This combination of open innovation and government convening power could be upscaled to tackle issues such as democratic institution building, disinformation and hybrid warfare. Imagine the Westminster Foundation for Democracy and Government Communications Service leading a network of tech experts, educationalists and public charities on improving resilience to disinformation and fake news through improving media literacy and sharing the tools for fact-checking—particularly in vulnerable or emerging democracies.

To be able to shape the agenda for a network, you must have credibility. “Here is my first principle of foreign policy: good government at home,” so said William Gladstone, four-time Liberal Prime Minister, speaking in 1879. At the moment, the process of leaving the European Union is taking up the bandwidth of government decision-making, and the deadlock in Westminster is undermining both Britain’s reputation as a reliable partner and the virtues of liberal parliamentary democracy. One way or another, the UK’s relationship with the EU must be settled if the UK is to harness its position as one of the most globally connected countries in the world.