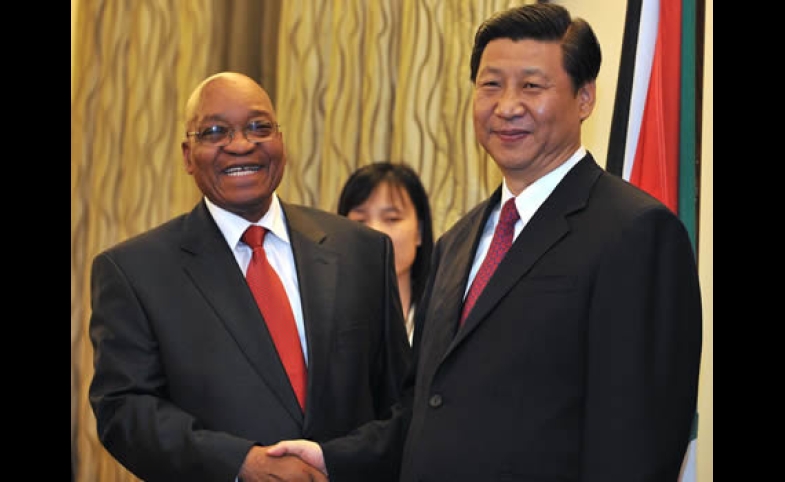 China’s increasing involvement in Africa has captured considerable attention from policymakers and academics. Formalized in a 2006 policy statement, “China’s Africa Policy,” Beijing’s interest in the region translates into Chinese government and government-affiliated institutions investing billions of dollars in large-scale construction projects across the continent. In complementary fashion, China’s state-sponsored media has initiated programming created for audiences throughout the region. And increasing numbers of Chinese citizens unaffiliated with government efforts are flocking to Africa in pursuit of their own interests.

A story that involves both a rising superpower and the world’s most underdeveloped region is a story worth telling and journalist Howard French has tackled this rich subject in his new book, China’s Second Continent: How a Million Migrants Are Building a New Empire in Africa. It is hard to imagine anyone better qualified to tell this story. Now a member of the faculty at Columbia University Graduate School of Journalism, French worked as The New York Times bureau chief in Shanghai and before that as a university instructor and foreign correspondent in West and Central Africa. The volume is imbued with his professional voice.

The book is not a travelogue, although some reviewers have described it as such. It is perhaps more appropriate to describe the work as a thoughtful presentation of a fast-moving situation likely to have profound implications for decades to come. French refrains from offering policy recommendations. He instead focuses on the facts as they unfold, often supplementing the narrative with insights gleaned from years of experience on the ground in Africa and China. It is compelling reading.

An insatiable need for natural resources is usually presented as the primary motivation for Beijing’s interest in the region. So too, is China’s desire to build reliable support among African leaders for use in multilateral institutions and elsewhere when the need arises. The development of future markets for Chinese exports as well as promotion of the political stability necessary to sustain those markets are also recognized as significant drivers of Chinese attention. The flow of private Chinese citizens heading to Africa on their own has hitherto been overshadowed by “big picture” geopolitical dynamics. But China’s Second Continent shows how numerous and widespread these individuals are – by some estimates, more than a million Chinese living in Africa today. These private citizens, the primary focus of French’s work, often find themselves operating in a space separate from the political and economic policy imperatives driving Beijing’s efforts. The result is not always pretty and it offers a cautionary tale about the dark side of soft power promotion.

A recent report from Rand summarizes the complexity of the situation: “China’s role in Africa defies conventional stereotypes and punchy news headlines. China is both a long-established diplomatic partner and a new investor in China… China portrays its principle of non-interference and friendly relations as an altogether new and positive model for external engagement with Africa,” but Westerners and many Africans themselves are less positive about the mutuality of the benefits accruing to non-Chinese as a result of this new era of engagement. While French’s work is not explicitly about public diplomacy, the relevance is obvious.

Soft power is a term French employs several times throughout the book, but always in the context of China’s official efforts to either extract resources from, or curry influence with, the region. The story presented in China’s Second Continent is a case study in the limits of soft power promotion. Placed in leitmotif by this narrative is the distinction between government-sponsored public diplomacy and citizen-driven engagement with foreign publics. Official efforts are exemplified by a series of recent Chinese-financed construction projects such as railways in Kenya, a university in Angola, and the African Union headquarters in Ethiopia. The influence of private citizens, on the other hand, is illustrated in a series of anecdotes French provides about Chinese intolerance toward Africans, manifested in a range of behaviors from the use of racial epithets to the physical mistreatment of African employees in small, Chinese-run operations. The difficulty this presents to Chinese government efforts is predictable. A headline from a recent article in The Guardian is representative of the tension between official Chinese efforts and the actions of private Chinese citizens: “China-Africa relations hurt by bad Chinese behavior, says ambassador."

As French documents, however, even formal Chinese-sponsored projects are tainted by the consistent exclusion of Africans from most aspects of construction aside from the simplest menial labor. This is because Chinese firms selected for implementation of Chinese-funded projects import equipment and labor from the homeland, leaving little opportunity for economic development on the part of nations that are the ostensible beneficiaries of the projects. The resulting effect on African opinion of China is what the aforementioned Rand report has described as “a mix of approval, apathy and contempt.” While China’s Second Continent makes a few references to incidents where Chinese citizens have been the target of theft and violent crime perpetrated by Africans resentful of China’s presence and its citizens’ relative affluence, what comes across most strongly in French’s work is a growing sense of unease among African elites in particular that the mutual respect heralded by the Chinese government does not translate into sustainable benefits for the African nations or the people therein for whom China purports to have brotherly respect. This dynamic is likely to have an increasingly negative influence on China’s efforts to promote soft power in the region. While the importance of French’s work is evident today, its value is likely to increase over time as it may come to be seen as a carefully documented study of the origins of African discontent with China’s growing presence on the continent.