Home|No Joke: This is How PD Works 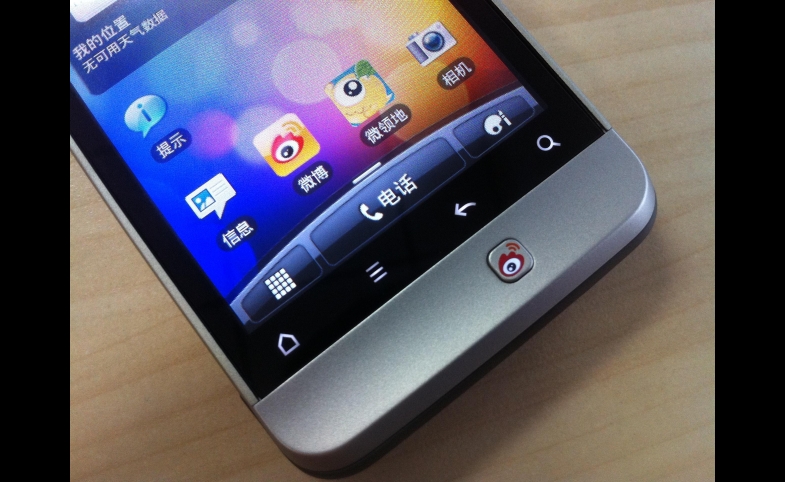 No Joke: This is How PD Works

On April Fools’ Day, Buzzfeed writer Matt Stopera posted a story about his recent trip to China. It’s one of the nuttiest narratives I’ve read in a long time and it has the added benefit of being true. It also happens to provide terrific evidence of how successful China’s public diplomacy could be. It involves direct interactions between people across cultures, facilitated by tools of digital communication and unfettered by government interference. The result is closer ties, better mutual understanding, genuine affection, and just plain warm feelings all around. Read: Public diplomacy success.

Here’s a quick overview of the story’s main points: Stopera’s phone was stolen from a New York City bar in early 2014. A year later, strange pictures started appearing in his iCloud photo stream. The pictures consisted of orange trees and a man standing in front of them. Additional photos eventually indicated that the phone was in China. Stopera posted a quick blurb on Buzzfeed in mid-February 2015, asking, “Who is this man and why are his photos showing up on my phone?”

Enter the Chinese internet: A Buzzfeed reader translated the article and posted it on Weibo, China’s rough Twitter equivalent. Stopera soon began getting messages from Weibo users telling him they were working to identify the man and hunt down his stolen phone. The story trended on Weibo and Stopera shot to fame among Chinese netizens. He joined Weibo and collected 50,000 followers within the first 24 hours (because everything’s just bigger in China). The Chinese man with Stopera’s phone, dubbed “Brother Orange” by Chinese internet users, was identified within hours of the story’s first appearance on Weibo.

Challenges to China’s well-funded public diplomacy efforts have been widely commented upon elsewhere. The missing variable, experts agree, is a dearth of credibility for Beijing.

Stopera and Brother Orange exchanged messages for a couple of weeks during which it was discovered that Stopera’s stolen phone had traveled a typical route: After being lifted from the New York bar, it had been shipped to Hong Kong, then transferred to Shenzhen where Brother Orange’s cousin had purchased it, eventually giving it to him as a gift.

In the course of their online conversations, Stopera and Brother Orange decided Stopera should visit China. In a leap of faith, Stopera boarded a flight to Beijing, then traveled onward to Brother Orange’s hometown, the “small” southeastern Chinese city of Meizhou (population 4 million). As Stopera’s April 1 Buzzfeed piece demonstrates, what happened next was pretty darn amazing. He arrived in Meizhou to be warmly greeted by Brother Orange and a scrum of photographers. For the next week, Stopera and Brother Orange traveled together, ate together, and experienced a life of celebrity together, attending events, posing for photo ops, and digging a hole together for a new orange tree to “symbolize our Chinese-American friendship.”

The pictures of Stopera’s unlikely week of celebrity in China are both funny and inspiring. My favorite is the one where Brother Orange is asleep with his head on an exhausted-looking Stopera’s shoulder. These kinds of genuine interactions are more effective than any kind of Beijing-driven “charm offensive.”

Challenges to China’s well-funded public diplomacy efforts have been widely commented upon elsewhere. The missing variable, experts agree, is a dearth of credibility for Beijing. Billions of dollars dedicated to expanding Chinese international media producers, such as CCTV and Xinhua, or toincreasing China’s visibility in Washington haven’t translated into warmer feelings toward China. The upshot is that there is often a disconnect between the image that the Chinese government attempts to portray abroad and its actual political behavior at home.

As Joseph Nye has written in explaining the determinants of soft power, “Countries that are likely to be more attractive and gain soft power in the information age are those with multiple channels of communication that help to frame issues: whose dominant culture and ideas are closer to prevailing global norms… and whose credibility is enhanced by their domestic values and policies.” In the case of China, it has plenty of the first, less of the second, and according to international audiences at least, almost none of the third.

The uplifting story of Stopera and Brother Orange and the unlikely friendship that grew through the internet and blossomed once they were face-to-face has much to teach students of public diplomacy on both sides of the Pacific. Stopera and Brother Orange may have accidentally found themselves at the center of discussion about bilateral relations, but Stopera wasn’t oblivious to the larger geopolitical context of his encounter with China. In reflecting about his experience he wrote, “The Chinese/America [sic] thing would be a big theme throughout this trip. America and China haven’t exactly had the best history, and I think this was a way for both of us to be like, ‘We’re cool with each other.’”

Setting aside the unfortunate fact that a phone stolen in the United States ended up on the market in China, if Beijing could find a way to bottle this kind of positive experience for more Americans (and vice versa, of course), it would go a long way toward improving the “Chinese/America thing.” Because too often, governments get in the way of people who really do want to be “cool with each other.”

Professors Shumin Su (Beijing International Studies University, China) and Mark Xu (University of Portsmouth, UK) have published a new article in the January-March 2015 issue of the International Journal of E-Politics. ...

The Daily Show Goes to China

With 1.3 million followers on his Weibo account (the Chinese equivalent of Twitter), Gudabaihua (谷大白话) is one of China’s most prominent translators of American late-night talk shows. The subtitled video clips he produces...