Home|Why Do Chinese Nationals Move to the US? 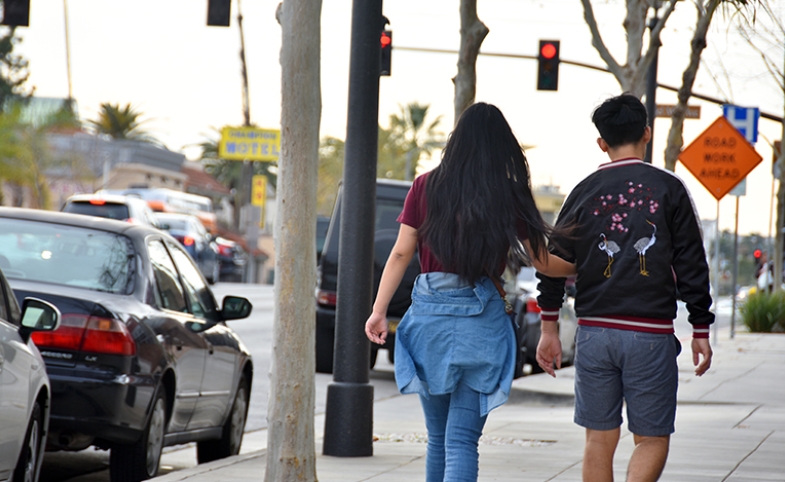 A nation's people, and how they engage abroad, are among the most influential factors in public diplomacy. The forces, real and perceived, that drive citizens of one country to leave their homes behind can have a profound impact on their birth nation's global image.

Why, despite the many challenges of beginning a new life overseas and continued economic growth in China, do more than 100,000 Chinese immigrate to the U.S. each year? According to both immigrants and China scholars, the reasons are many, including lower relative U.S. living costs, changing sociopolitical conditions at home and a well-established support network of Chinese communities in the U.S.

"Many people who have just come from China will think of LA like their second home," said Lin Hai, a Chinese immigrant in Los Angeles' San Gabriel Valley. "Some will go other places to work, but LA is like their base camp. When they have time off, they will come back to meet up with family or friends and buy some useful things along the way."

Hai came to the United States in 2008 to attend school at the University of Alabama. She spent two years studying there, a time during which she opposed her parent's suggestions that they might follow her to America.

"I couldn't see any good coming from them going there," Hai recalled. "I really couldn't imagine what kind of future they would have in that kind of place."

Understanding the size and longevity of America's Chinese communities is often a strong pull for new Chinese in the United States considering long-term immigration.

In her third year of study, Hai transferred to the University of San Diego. Once in California, the large Chinese community there made her change her mind about the prospects for her older parents in the United States. They eventually joined her, and by 2011 both her mother and father had obtained U.S. green cards.

Eugene Moy of the Chinese Historical Society of Southern California said that understanding the size and longevity of America's Chinese communities is often a strong pull for new Chinese in the United States considering long-term immigration.

"I speak with a lot of young people from China who want to learn about Chinese in America, Chinatown and the accomplishments of early Chinese," Moy said. "Young Chinese people come here and see that there is already a community for them, and that can be a real incentive to stay."

The San Gabriel Valley has one of the largest Chinese populations in the United States. There were nearly 300,000 Chinese in the area between 2011 and 2015, according to a recent report by Asian Americans Advancing Justice, which notes that the vast majority of these were foreign-born immigrants, most of whom were also limited-English proficient.

This type of environment makes it much easier for people such as Lin Hai's father, who speaks limited English, to live comfortably in the United States. When they first arrived, Hai's parents lived in Monterey Park, surrounded by a Chinese community that allowed them to shop, dine and engage socially in Mandarin. While Hai's mother put a great deal of time and effort into learning English and eventually became fluent, her father never achieved the same level of proficiency.

Although this environment made it easier for her parents to live in the United States, Hai said that her top motivation for staying was economic.

"The cost of living is so much lower in America than China," Hai said. "If you don't pursue a luxurious life, you can live very cheaply."

Hai said that rising rent, food and other expenses in China were among the most significant reasons she, and many of her friends, decided to stay in the United States. She said that the plight of rent-burdened relatives in China makes her glad of her decision.

"I have several cousins in China. I can see that the situation with their finances looks really difficult," Hai said. "I think it will be even more serious when they have children."

Clay Dube of the University of Southern California's U.S.-China Institute said that, while circumstances can vary based on an individual's qualifications and work prospects, high prices are indeed a "push" factor for many Chinese immigrating to the United States.

"There's no question that living in China's big cities is phenomenally expensive. Housing costs are high; food costs are high," said Dube. "Some people say, 'Yeah, there are a lot of jobs here, but things are expensive and are getting even more expensive. If I go to the U.S., I can have at least as good of job prospects but pay less for some things.'"

Dube noted that this trade-off did not apply to all Chinese—particularly those in high-tech fields such as data science, who can have tremendous opportunities within China.

Yet, even some young Chinese with prospects in the technology sector say that they believe the downsides of living in China outweigh the potential employment opportunities.

Chun Sum Jackie Wong is a 21-year-old computer science student at East Los Angeles College. While he agreed that high living costs were a significant downside of life in his native Hong Kong, Wong said his biggest motivation for wanting to emigrate is the changing cultural and political landscape in his home city.

"I don't really agree with the Chinese government, so I feel weird staying there and seeing everything change," Wong said. "It's my culture so it's hard to see that happen, but I can't do anything about it. That's why [I want to leave]."

Control of Hong Kong returned to the mainland Chinese government in 1997 after more than 150 years of British colonial rule. As part of the transfer agreement between the United Kingdom and the People's Republic of China, the city is supposed to retain a separate government system based on British common law for 50 years after the transition. Despite this, concerns have been growing among Hong Kong locals in recent years that the mainland Chinese government is tightening restrictions on free expression and cracking down on signs of dissent. It has prompted many Hong Kong youth, such as Jackie Wong, to aim for immigrating to Western nations.

"With the political situation in Hong Kong right now I just can't really see my future there," said Wong.

Dube said that there is a possibility that the changing environment in Hong Kong could prompt another wave of emigration from the city over the next decade.

"I wouldn't be surprised to see applications from Hong Kong to study in the U.S. go up as the gloomy political situation there evolves," Dube said.

He also said that immigration from the rest of China to the U.S. appears likely to remain robust over the coming years, regardless of developments within either country.

"You still have many people trying to come to the U.S. to buy property, despite it being more difficult with the capital controls," Dube said. "They want to diversify their options, not just through properties, but through legal documents like passports."

Dube explained that as Chinese become wealthier, the growing number of people financially capable of immigrating to the U.S. will likely offset the numbers of those who decide to say and pursue opportunities at home.

"The U.S. is an attractive place to find jobs, further one's education and gain certain civil liberties," Dube said. "Despite anything else, that attraction seems likely to remain strong."

James Cutchin
CPD Blog Contributor
Master of Journalism Student, University of Southern California
YOU MIGHT BE INTERESTED IN...

New Report: "How the Chinese Government Mobilizes Students and Media to Burnish its Image"

In an effort to understand Beijing’s public diplomacy (PD), a research lab and the U.S. Department of State have teamed up to quantify and analyze the Chinese government’s reach and influence. The ensuing report, “...