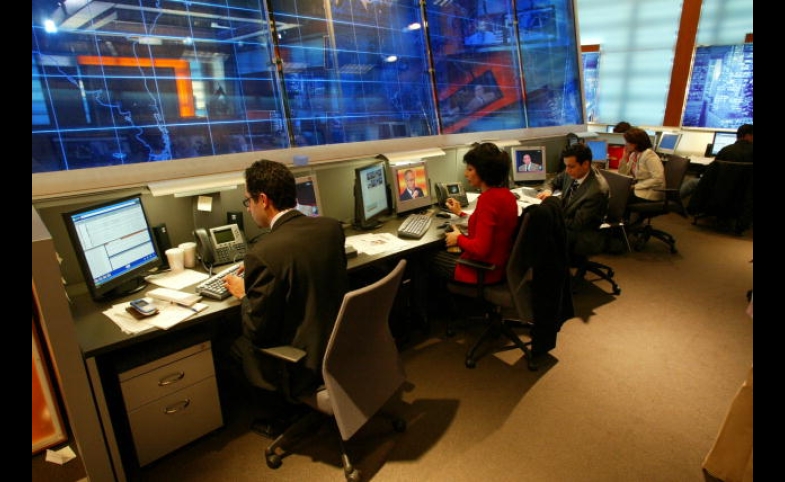 Almost lost among daily reports about conflict in the Middle East, a crash investigation in Ukraine, an Ebola outbreak in West Africa, an influx of young people crossing the border with Mexico, and systemic neglect of American veterans has been the House of Representatives’ introduction -- and now passage -- of legislation designed to reform how the United States tells its story to the world. On July 28, the House passed on a voice vote the United States International Communications Reform Act, (HR 4490) bipartisan legislation intended to “enhance the missions, objectives and effectiveness” of U.S. international broadcasting.

Government-sponsored international broadcasting is an increasingly high-profile topic, not least because it crosses both metaphorical and physical boundaries between journalism and foreign policy. The recent resignation of an RT reporter in protest of the Russian channel’s coverage of the downing of the Malaysian Airlines jet over Ukraine is just the latest example of the heat and light generated by discussions about sovereign countries’ efforts to circulate their interpretations of world events filtered through national foreign policy prisms and “wrapped in the trappings of journalism.”

The American government has engaged in international broadcasting since 1942, when the first broadcasts from Voice of America hit the world’s airwaves. The government’s authority to engage in international broadcasting and other public diplomacy efforts was formalized with passage of the Smith-Mundt Act in 1948. An important update came with passage of the Smith-Mundt Modernization Act of 2013, in the form of an amendment to allow the domestic dissemination of content produced by U.S. government-sponsored broadcasters.That legislative change, designed to drag the law into the 21st century by acknowledging the porous nature of the contemporary communication ecosystem, has taken effect without evidence of the Orwellian fallout predicted by its critics. HR 4490 would likely prove similarly benign.

A consistent undercurrent in the debate has been what one observer has called the Broadcasting Board of Governors’ “impossible mission” of acting as both a foreign policy tool and a journalistic institution.

The New York Times wrote in 2011, “The United States government may be the largest broadcaster that few Americans know about.” The Broadcasting Board of Governors (BBG) is the agency responsible for oversight of this media operation, and fixing its “chronic management problems” is one of HR 4490’s priorities. The United States boasts five separate government-sponsored broadcasters, each, in theory, responsible for different missions and areas of operation. The International Communications Reform Act addresses a litany of persistent concerns about the management of these broadcasters and the stewardship of the more than $700 million allocated to their operation each year. Not the least of these fixes is the requirement that the BBG be headed by a single, appointed executive instead of a nine-member, difficult-to-herd board, as is currently the case. In a statement released after the vote on HR 4490, co-sponsor Representative Ed Royce (R-CA) highlighted two other aspects of the bill, noting it also “clarifies the mission of the Voice of America” and “consolidates the ‘freedom broadcasters.’” The former refers to an effort to point VOA back toward its original mission of telling the world about the United States, a task many observers believe the broadcaster has abandoned since the end of the cold war. The latter is an effort to better coordinate the programming of the “surrogate” networks (Radio Free Europe, Radio Free Asia, Middle East Broadcasting Networks) that exist to fill the journalistic void found in societies that lack a free press. These two fixes address concerns about duplication in the programming, languages, and missions of all U.S. government broadcasters.

Although HR 4490 is intended to remedy a range of frequently noted problems with U.S. international broadcasting, much of the public criticism has portrayed the legislation as an attack on the journalistic objectivity of VOA. A consistent undercurrent in the debate has been what one observer has called the Broadcasting Board of Governors’ “impossible mission” of acting as both a foreign policy tool and a journalistic institution. Critics of the bill, among them the editorial board of The Washington Post, have emphasized VOA’s journalistic mission, expressing concern that the legislation would “take a dangerous step toward converting the most venerable and listened to outlet… into another official mouthpiece." But as Representative Royce and others have noted, VOA’s charter, promulgated in 1976, already calls for the broadcaster’s content to be “consistent with the foreign policy objectives of the United States” and to “present the views of the United States government.” Legislation intended to ensure VOA stays true to that mission should not be a threat to the broadcaster’s operations. And the union representing VOA journalists agrees.

The bill offers a much-needed fix for an international broadcasting operation that a State Department Inspector General report called both “ineffectual” and “dysfunctional.”

Speaking on the House floor before the vote on HR 4490, Rep Gerald Connolly (D-VA) referred to the bill as “common sense legislation.” I agree with this assessment. The bill offers a much-needed fix for an international broadcasting operation that a State Department Inspector General report called both “ineffectual” and “dysfunctional,” and that former Secretary of State Hillary Clinton once called “practically defunct.”

In 2011, former Undersecretary of State for Public Diplomacy and Public Affairs James K. Glassman declared, “My view has always been that U.S. international broadcasting is journalism with purpose, not, as many have argued, to burnish the U.S. image, but rather, to advance vital U.S. interests.” The International Communications Reform Act seeks to ensure that those interests remain a key focus of U.S. international broadcasting efforts. In a Washington that is intensely divided along party lines, House passage of bipartisan legislation designed to address well-recognized problems in a government agency uniquely situated at the intersection of journalism and foreign policy is a welcome development. Action in the Senate before the end of the year is more uncertain, particularly with the approach of November elections. But for students of public diplomacy, this developing story is one to watch.

The Voice of America and the U.S. international broadcasting community as a whole could use structural reform and more money. But that’s not why they appear to be failing miserably. No. The real failure is that they...

In the midst of what some scholars have called a “global communications arms race” the U.S. House of Representatives is considering legislation to overhaul the structure of U.S. international broadcasting (USIB). The...