Home|The Voice of America: A Worthy Mission for the 21st Century 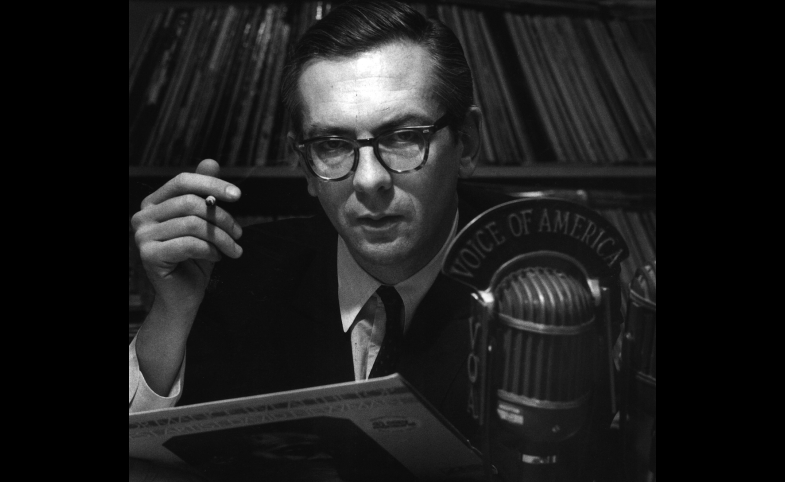 Recently, there has been a great deal of debate, and no small amount of axe grinding, regarding the mission and the effectiveness of U.S. international broadcasting under the Broadcasting Board of Governors. This debate has been brought to a head with the passage in the House of HR 4490, which would divide broadcasting responsibility between two new entities, and in the process radically reduce VOA’s mission and effectiveness as an instrument of foreign policy.

In 1941, VOA’s initial broadcast began with the pledge: “The news may be good or bad for us, we will always tell you the truth.” Later, in 1982, President Ronald Reagan signed NSDD 45, which directed that the “VOA should take steps to strengthen existing mechanisms for relating program content to current U.S. foreign and national security policy objectives, while ensuring the integrity of news broadcasting…in accordance with its legislative charter.” The charter, of course, refers to the VOA Charter signed into law in 1976.

VOA successfully balanced these mandates throughout the Cold War because an equilibrium existed between the Presidentially-appointed VOA Director, the USIA Director, and national security and foreign policy elements of the Administration.

Respect for opposing views is a critical element in any working democracy, and in America’s divided government today there are few policies that enjoy unanimous support.

With the establishment of the Broadcasting Board of Governors and the dissolution of USIA, much has changed. But the importance of VOA in supporting U.S. national security interests is no less now than then. But VOA’s mission does need to be restated and reasserted for the 21st century.

In a world of multiple media outlets and wide access to external information sources (though not always guaranteed), what is the mission of the Voice of America?

First, the VOA should literally be THE Voice of America. VOA should report on America and its place in the world. It should feature stories on democracy in America, American institutions, and culture. It should explore the American democratic experience in all its triumphs as well as its shortcomings. People striving to achieve democratic change are heartened to know that democracy is a work in progress.

The VOA should also clearly report on American foreign policy and its formulation. The VOA should never leave a doubt as to what American policy is, once a policy is articulated. The first and most effective way to present and explain American policy is through in-depth coverage of news from the White House, Congress, the Pentagon, the State Department, and other official policy arms. Accurate news reporting of important American policy developments should be given priority in VOA broadcasts. Policy also can be explained through interviews with key policy makers and spokespersons. And, in keeping with the VOA Charter, policy needs to be put into the context of the debate surrounding a particular policy position, and allow for responsible dissenting voices to be fairly presented. Respect for opposing views is a critical element in any working democracy, and in America’s divided government today there are few policies that enjoy unanimous support.

Of utmost importance, the Voice of America should be a comprehensive and credible reporter of global news. The proliferation of media available generally to the public through multiple channels has not led to a concomitant improvement in the quality of the news reporting. The VOA should cover and report on events throughout the world, as its audience expects it to be a full-service news source. Ignoring news that does not directly link to the United States will lead to loss of audience and credibility and will project to the world the sense that if it does not directly affect Americans, it’s not important to Americans. People throughout the world want to know news that is important to them. By providing it, VOA builds important bridges, builds audience, and enhances its credibility.

Public diplomacy is simply an effort to advance U.S. national interests by reaching out to the broader public. The VOA is and always was a part of this effort. The VOA should strive to reach as large an audience as possible within the resources that it has available. Often, communications with our allies or nations non-aligned in a crisis is as important as reaching our foes.

Since English is the language of America, it should be the first language of the Voice of America. Throughout the world there are English speakers, and many more who desire to learn English. This has to be VOA’s first worldwide language service.

Beyond that, VOA should broadcast in the major languages of the world, and in those languages whose speakers the United States has a particular need or desire to reach. Obviously, resource constraints will require choices.

The VOA has to use every medium available in order to effectively carry out its worldwide mission. Not every medium is available everywhere, and none is completely reliable during times of crisis or natural disaster. Just as television is more than “radio with pictures,” the Web and social media also have their own characteristics that require specialized editorial and production skills.

VOA management needs to bear in mind that in a major crisis the means to reach an audience can be quickly reduced to a few. Domestic disasters can provide a lesson: electricity fails, cell phones become bricks, and often the only remaining means of reaching people is through old-fashioned radio. A report by the U.S. Army likened Hurricane Katrina to a WMD attack in its impact on communications infrastructure. Having a reserve capacity of radio transmitters--AM, FM, and shortwave--may prove important in an international crisis.

In this world of instant communication, VOA is needed as much as ever. Disinformation has grown at least as fast as truthful information. While there is no dearth of media output in the world, the singular commitment to authoritative, objective, and balanced reporting on the United States, its policies and world events is a commodity in short supply. This is no time for retreat.

An expanded version of this article can be found here.