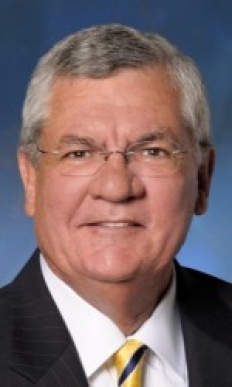 Joe Bruns joined USIA Bureau of Educational and Cultural Affairs in 1983. In 1986, he moved to VOA and served as Deputy Director during the George H. W. Bush administration, and as acting Director of VOA for the first year of the Clinton Administration. Bruns also served as USIA’s Chief Information Officer and held management positions with the Department of the Navy, the U.S. Public Health Service and the National Endowment for the Humanities. He recently retired as Chief Operating Officer from WETA after fifteen years in public broadcasting.