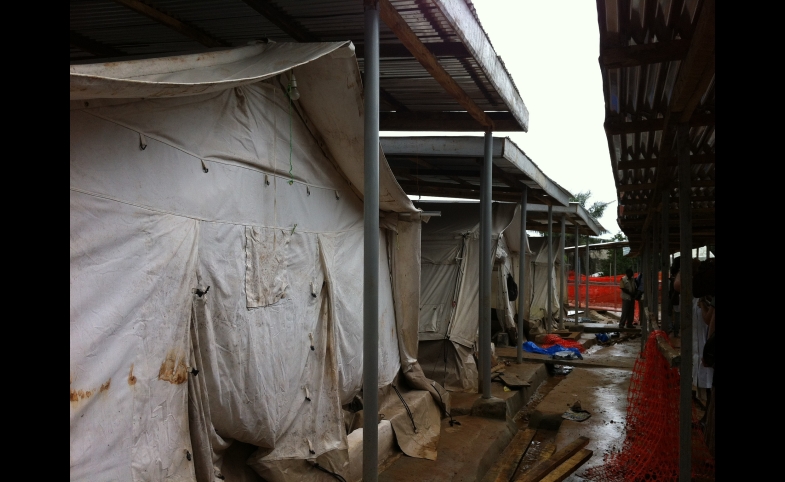 These are busy times for those engaged in international politics on social media. Russia’s propaganda machine is at full throttle, twisting facts on the ground in Ukraine inside out. ISIL has developed slick and sickening videos and has turned social media into a recruiting office. Meanwhile, the U.S. State Department created a Center for Strategic Counterterrorism Communication in 2010 to play catch-up in a medium that they had previously treated with suspicion. Not surprisingly, our efforts seem more reactive than proactive, and it is clear that, while public diplomacy is important, it will not be the decisive factor in these theaters of conflict.

In contrast, there is a critical and life-saving role that public diplomacy and particularly the Voice of America can play in supporting U.S. and international efforts to curb the spread of and ultimately control the Ebola virus outbreak.

“…The Ebola outbreak in West Africa is a threat to global security.”--President Obama
To date, about 3000 people have died of Ebola in West Africa. The Centers for Disease Control projects as many as 1.4 million cases within just a few months. While most public health officials think pandemic Ebola is unlikely, the potential is there, especially if the virus undergoes mutation. But even if the spread is confined to the countries of West Africa, the region is facing extraordinary suffering and social chaos.

In public health crises, international media organizations need to take up a role beyond journalism. In addition to reporting about the disease, they need to push vital information directly to those with the greatest need for the information on how to prevent, treat and cope with the disease.

The West African countries of Liberia, Guinea, and Sierra Leone are at risk of social collapse because of the disease itself and the drastic measures taken to control its spread. Closed shops, empty marketplaces, and grounded air flights are the norm. NPR has reported that construction projects have been halted and farmers have stopped planting out of fear for the future.  Why plant now when the future is so uncertain and markets are closed? This has already had a major impact on GDP. And too often, economic stress, coupled with fear and lack of authoritative information lead to unrest and the real possibility of failed states, with all that implies. It has been reported in the past weeks that villagers driven by fear and disinformation have killed at least eight health aid workers in Guinea.

While NGOs such as Doctors Without Borders have done heroic work, the official international community has been slow to respond to the outbreak. Now President Obama has announced a Pentagon-led effort to help build infrastructure needed to treat the disease and support the USAID mission. The World Health Organization and other international bodies have also begun to provide resources and mobilize at a scale that can make a difference.

In disasters such as this one, it is important that direct aid and assistance be provided to the people in need. But also of vital importance is that trusted sources provide reliable and accurate information to care providers, local officials and the general population of affected areas. We tend to think an international story as well-covered by media when it regularly appears on the evening news, and CNN has dispatched a covey of reporters. While this news about a crisis is valuable in focusing attention and spurring action, it does little to directly alleviate the suffering. What is often needed is important information directed towards those immediately affected. A villager in Liberia doesn’t need to know that NIH is working on a new vaccine, she needs to know where to take her sick child.

A Role for Media, New and Old
In public health crises, international media organizations need to take up a role beyond journalism. In addition to reporting about the disease, they need to push vital information directly to those with the greatest need for the information on how to prevent, treat and cope with the disease. The audience in this case is health care providers, government officials, and the general citizenry within the affected area.

International broadcasters, including BBC and the Voice of America, are stepping up this effort. In addition to reporting the news about the outbreak to the region and the world, they are using their multi-language and multi-media capabilities to provide timely and life-saving information to people in the affected areas on specific actions they can take in the face of the disease. They are providing practical information such as how to treat symptomatic relatives, how to safely prepare and bury the dead, how to protect oneself, how to obtain local assistance and information in basic pictures and language that helps debunk myths and disinformation surrounding the disease.

Much more must be done. These broadcasters, already spread thin covering other world events, need more resources directed to this effort.  More needs to be done using social media, cell phone messaging, and low-bandwidth Internet sites to reach as much of the general population as possible with accurate information. By doing so, the international broadcasters can help bend the curve of the Ebola crisis.