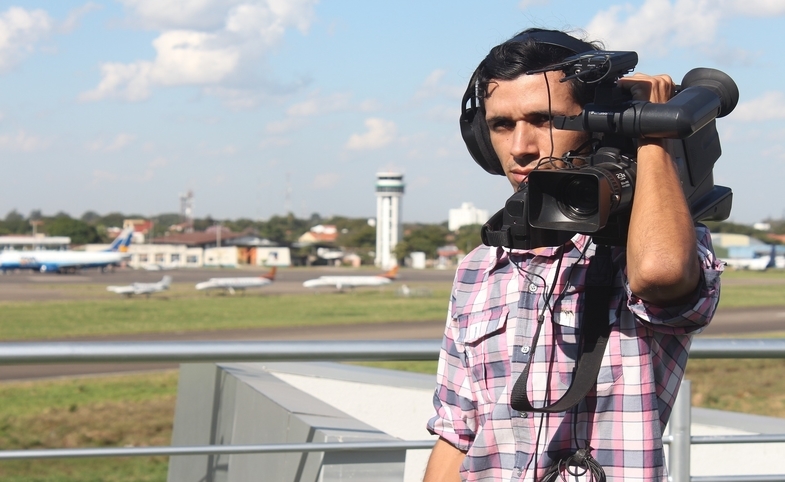 Since last year, there has been an effort at the Voice of America to expand into “investigative reporting.” The best response by VOA’s stakeholders toward this effort should be a firm and unequivocal no.

Every day, this government agency distributes stories to audiences around the world that are not even written by VOA employees. Instead, they’re written by reporters at the Associated Press, or Reuters. And that’s a problem.

The reason is that VOA’s reporters are required by law to follow strict guidelines regulating what kind of stories they should cover and, even more importantly, how to cover them. But outside organizations such as the AP don’t have to follow those rules, and when they don’t, that’s a violation of the Charter under which VOA operates.

VOA’s Charter isn’t hard to understand. It was passed by Congress and signed into law by President Gerald Ford in 1976, and its guidelines are clear and succinct:

(1) VOA will serve as a consistently reliable and authoritative source of news. VOA news will be accurate, objective, and comprehensive.

(2) VOA will represent America, not any single segment of American society, and will therefore present a balanced and comprehensive projection of significant American thought and institutions.

(3) VOA will present the policies of the United States clearly and effectively, and will also present responsible discussions and opinion on these policies. (Public Law 94-350)

Yet VOA constantly violates this Charter.

For example, VOA’s English-language website recently ran this story from AP: "As Mugabe Turns 93, Anxious Zimbabwe Wonders Who's Next."

It’s a fair question, but VOA’s African audience is probably wondering even more what the U.S. government’s position is on who should follow the long-time dictator. But there isn’t a word in this story on what the U.S. policy is on Zimbabwe, or on its prospective future leaders.

Another recent example from VOA’s website: "Mexico's Likely Next Envoy to US: Ties at ‘Critical' Point."

This AP story consists entirely of the Mexican diplomat’s views about his country’s relationship with the United States, and his strategy for managing that relationship. And that’s fine, if you happen to be the Voice of Mexico. But the job of the Voice of America is to report on the U.S. government’s perspective, and a story like this should have included that too.

If VOA’s editors have to choose between running a one-sided story that violates their Charter, or no story at all, then they should run no story at all.

Unfortunately, even some of VOA’s staff-written stories violate the Charter. A recent story, also about Africa (where a majority of VOA’s audience historically has lived) and headlined “Al-Shabab Opposes Election of New President in Somalia,” reports in detail threats by an official of the al Qaeda-linked terrorist group. But here, again, there’s nothing about where the U.S. stands on the election of Somalia’s new president.

“Comprehensive”? No. “Balanced”? No. Including “the policies of the United States”? No.

If you were to ask VOA’s editors why they run stories that violate their Charter, they would probably tell you that they don’t have the manpower to cover everything. But these lapses are, in the end, inexcusable.

If VOA’s editors have to choose between running a one-sided story that violates their Charter, or no story at all, then they should run no story at all.

When Congress approved the Charter, they didn’t tell VOA that it would be nice if their stories were balanced, or that, if it wasn’t too much trouble, they hoped that VOA would try to report on U.S. policies. Instead, they used the word “will.” Repeatedly.

The guidelines were not meant to be an option.

There are other good reasons why VOA shouldn’t expand into investigative reporting. For one thing, it’s not part of their Congressionally-mandated mission, and never has been. They also don’t have the resources or the expertise. Real investigative reporting is expensive, time-consuming, difficult to do well, and potentially litigious. VOA doesn’t need (and can’t afford) any of those problems.

The current hiring freeze has halted VOA’s effort to hire investigative reporters, but this bad idea needs to be rejected permanently. VOA’s reporters need to focus instead on the day-to-day basics that their Charter actually demands, and make sure that all of the stories they run are balanced, objective, and comprehensive, and that the stories they run about international issues in particular include information about U.S. policies and where the American government stands.

Because the members of Congress are not the only ones who expect that from the Voice of America; VOA’s audience does too.