Home|What's A President-Elect To Do...With the BBG? 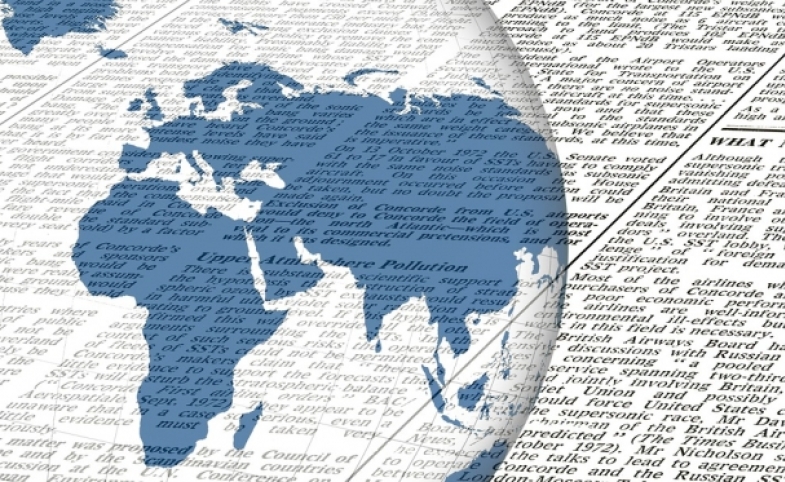 Donald Trump slashed his way to the White House with a campaign based on criticism of federal government incompetence, directly targeting President Obama and pledging to “drain the swamp” in D.C. One place that is arguably part of that swamp—accruing one of the worst reputations among federal agencies—is the Broadcasting Board of Governors.

What does Trump do with BBG and Voice of America, a once-proud institution brought low by mismanagement and cronyism, producing perpetually low morale?

Recently described in a Washington Post story about federal employee morale as a “regular bottom-feeder,” the BBG's $777 million budget falls under State Department appropriations. Of that, $224 million funds Voice of America (VOA). The rest goes to the Office of Cuba Broadcasting, Radio Free Europe/Radio Liberty, and the Middle East Broadcasting Network (MBN).

In the final Obama years, bipartisan legislation on Capitol Hill targeted the BBG for reorganization. But heavy lobbying by BBG officials blocked Senate consideration of a House-passed measure.  Later, an amendment to a defense authorization bill proposed eliminating the agency.

Earlier this year I wrote that VOA has been on “an accelerating slide into irrelevancy, having long ago failed to gain enough traction in the digital realm.” I still believe that today.

Right about now, at 330 Independence Avenue, a lot of scrambling is going on at the BBG and VOA, where officials are falling all over themselves to demonstrate why the agency shouldn't just be closed.

CEO John Lansing and VOA director Amanda Bennett are busy issuing upbeat memos, including one containing this whopper: a claim that the BBG weekly worldwide audience rose across all delivery platforms, from 226 million to 278 million—in one year.

As the saying goes, if you believe this then I have a used car, or a bridge, to sell you. Or as one of my former VOA colleagues puts it: “It's incredible, because it's not credible.”

Remember, this is an organization that for years has been failing in the digital realm.

Though VOA has its own phone app, and desktop websites, global audiences have thousands of other choices for news:  CNN, MSNBC, FOX, RT, Deutsche Welle, France 24, the BBC and others.  Reuters, AP, AFP (the “wire services”) have their own channels.

The BBC continues to be a gold standard for news, with programs such as Newshour broadcast on FM stations in the United States, or its superb World Have Your Say, far superior to those from VOA. Recently, the BBC announced a $300 million expansion, adding 11 language services, expanded daily TV and digital bulletins, new overseas production centers. It's goal? To reach 500 million people by 2022.

It's difficult to envision Trump...not insisting that countering Russian and ISIS propaganda does not become the raison d'être of the BBG.

Which does not mean, in my view, that Congress, and Trump, should shovel more taxpayer dollars BBG's way. I and others believe the place is irreparable.

Indeed, in 2014 Matt Salmon (R-AZ) proposed eliminating VOA, calling it “another duplicative federal program” that had “veered from its original mission.”

Trump transition officials arriving at the BBG/VOA headquarters building will encounter the latest of numerous reorganizations of VOA's news division—an ongoing joke inside the agency.

Bennett and her deputy (both have a history with The Washington Post, a paper not friendly to Trump) want VOA to begin doing investigative journalism.

Imagine that! Nearly 2017, and a place calling itself a “broadcasting and media production company” is just now taking this step.

However, we're talking about a federal agency, a state broadcaster, with no history as a recognized investigative entity of any throw-weight, nor is this part of VOA's charter.

If you are a source, in or out of government, which would you choose—getting your story out on CNN, MSNBC, NPR, BBC—or via VOA, which has no 24-hour global TV presence and is technically banned by law from directing its material to Americans? Game over.

Bennett brought in three non-government journalists as ‘short-term consultants” whose role was to “thoroughly” examine every aspect of VOA's reporting.

So far, no report from this group has surfaced. One member of the panel has been hired as a full-time staffer, from all appearances, co-opted by VOA's management.

BBG and VOA officials also continue to make a case that agency programming can somehow help curb the growth of domestic ISIS or al-Qaeda inspired terrorists in ethnic diaspora communities. There is no quantitative proof of significant impact in this regard, despite a few high-profile TV specials promoted by the BBG as a big deal.

So, what's Trump to do? Will he give a pass to a place that—to repeat what one VOA official said to me some years ago—“long ago lost the opportunity to become a destination of choice [for global audiences]”?

It's quite possible Trump will choose to give friends of his key jobs at the BBG. Like Ronald Reagan, he might even choose to make a global address to the 278 million weekly audience BBG alleges it has.

But can Trump abide a BBG where civil servant journalists at one point told a Republican-controlled Congress to “back off” efforts to pass overhaul legislation? Or a VOA whose reporting exhibited anti-Trump bias?

Does Trump want VOA to become a taxpayer-funded New York Times, complete with an investigative unit, with which Trump has, to put it mildly, had his differences?

It's difficult to envision Trump, and the broadcasting governors he appoints, not insisting that countering Russian and ISIS propaganda does not become the raison d'être of the BBG.

Meanwhile, a hiring frenzy is underway.  High level GS-15 jobs are being posted, including a newly-created Director of a new Office of Internet Freedom, and a Director of Global Communications and Public Affairs.  The well-known process of burrowing is well underway.

Likely in preparation for a Clinton win in November, President Obama nominated Rick Stengel, the former TIME executive and Undersecretary for Public Diplomacy, to replace Jeff Shell, the former chairman who was famously and embarrassingly denied entry to Russia by Vladimir Putin.

Stengel could help shield the smooth-talking BBG CEO Lansing and the current VOA director Bennett.  But it's hard to see why Trump would want to keep any of them, since these are among about 30 positions in the so-called plum book of top Washington jobs.

Will Trump and his team be able to ascertain the truth about the broken BBG? Or will they be hoodwinked by the smoke screen of happy talk emanating from the permanent BBG bureaucracy?

We will certainly know more in coming weeks and months.

Photo by Geralt I CC 0