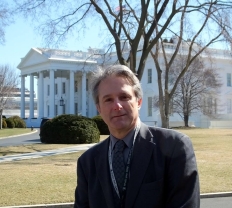 Dan Robinson had a 34 year career at the Voice of America, serving as Senior White House Correspondent from 2010 until February of 2014, Congressional Correspondent based in the House of Representatives from 2002 to 2010, and Chief of VOA's broadcasts to Burma from 1997-2002. He was Southeast Asia Bureau Chief based in Bangkok from 1991 to 1996, hosted VOA programming to Africa from 1986 to 1991, and was East Africa Bureau Chief based in Nairobi from 1983-1986. Dan is a 1979 graduate of the School of International Service at The American University.