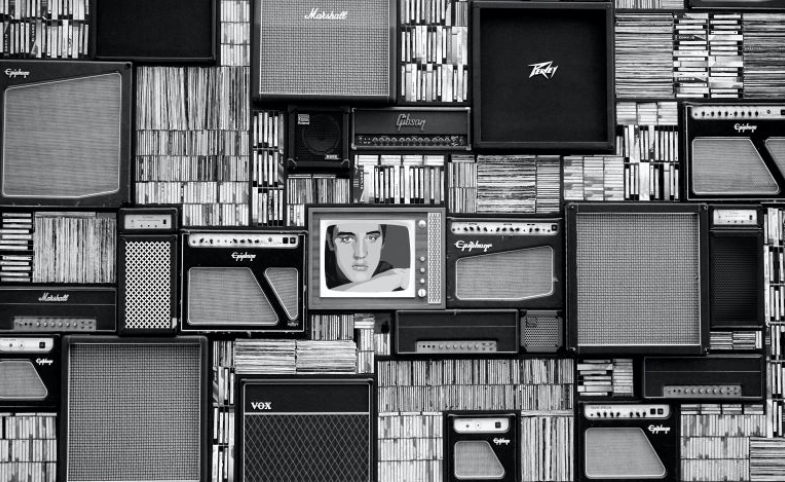 The Biden Choice on USAGM: Business as Usual, or Major Change

Several years ago, I wrote about ongoing problems at Voice of America and its parent agency, which re-branded in 2018 as the U.S. Agency for Global Media (USAGM), and how Donald Trump would deal with them.

I suggested that the Voice of America could be shut down with little impact on the global media scene. This sparked outrage in some quarters, especially from those invested in perpetuating the yearly $600 million to $800 million taxpayer-funded media structure aimed at foreign audiences.

Space limitations prohibit a thorough review of events since Donald Trump's nominee to head USAGM, Michael Pack, finally achieved Senate confirmation and took up his post after being blocked for two years by Democrats and some anti-Trump Republicans.

Pack faced a wave of hit pieces by major anti-Trump media as he moved to gain control of the bloated and entrenched USAGM bureaucracy, confront security issues at USAGM, and tackle political bias at VOA. His removal of key officials in charge of USAGM networks is still being fought out in the courts.

Stengel was the State Department's representative at meetings of the old Broadcasting Board of Governors, subbing for Hillary Clinton who famously once described the agency as “practically defunct...”

Others on the panel reflect the predictable pattern in Washington of drawing from think tanks and political organizations – though one notes the absence of anyone from conservative organizations such as the Heritage Foundation or AEI.

Rumana Ahmed, of NDI, is remembered for sharply criticizing Trump administration policy in a 2017 article in The Atlantic.

Raina Kumra Gardiner had previous experience at USAGM and is reported to have been a contractor for the former BBG board.

THE CHALLENGE OF THE “SICKEST FEDERAL AGENCY”

For decades, President-elect Biden (with longtime confidant Ted Kaufman) has been a silent hand behind the perpetuation of taxpayer-funded civilian U.S. international broadcasting (though Biden was never known to have ever focused in detail on solutions to the problems plaguing USAGM/BBG).

What is he likely to do with USAGM and Voice of America, once described by the New York Times as “The Sickest Federal Agency” as he considers input from this panel?

VOA alone costs taxpayers about $200 million per year. The USAGM budget in FY 2020 was about $637 million, though Congress shielded the agency from sharper cuts under Trump.

Many taxpayers would welcome major change – perhaps a substantial downsizing from what USAGM still is today – an unwieldy “cacophony of voices” – to a more efficient operation focused specifically on countering disinformation.

VOA already has a service called Polygraph that does just that. This, and the State Department's Global Engagement Center (GEC) got their start and/or were funded during the Obama administration.

Shutting down some operations – specifically where remaining duplication exists – should remain on the table. But as I have observed: “in a Washington where federal agencies are rarely closed, the odds of this [happening] are virtually non-existent...”

DESPITE THE TASK FORCE, USAGM LOW ON PRIORITY LIST

USAGM will not exactly be a huge priority for Biden who will enter office (as Barack Obama did) facing back-breaking challenges of repairing economic damage from COVID-19 and the battered U.S. image.

Add to that strategic challenges from Russia, China, North Korea, and Iran. Biden has pledged to take action against Russia for interfering in U.S. elections, among other things, but hasn't said exactly what that would involve.

Biden was vice president when Barack Obama ordered “whole-of'-government” inter-agency approaches to dealing with the problem of misinformation by Russia, China, ISIS and al-Qaeda.

He could enhance USAGM's role as a key part of the quiver of foreign policy/national security tools, and expand counter-disinformation functions at VOA and the Global Engagement Center.

Doing so would perpetuate a situation where there are separate entities (at USAGM and State, and DOD for example) that basically aim at the same target – consolidation would be far preferable.

Biden should state firmly and clearly what everyone knows – that these media would not exist, on taxpayer dimes, without a larger foreign policy/national security purpose. Years of muddying the waters on this point by USAGM (but especially VOA) officials attempting to portray the agency as some government-funded version of MSNBC or CNN have not helped.

Biden could appoint a well-known journalist with management chops to tackle the USAGM quagmire, though speculation is that Stengel himself could get the job, which requires U.S. Senate confirmation. VOA's current acting director, Elez Biberaj (appointed by Michael Pack) is a true VOA “company man” but is not expected to hold on to the position.

President Biden could “swing for the fences” to use a baseball analogy. With a new CEO, he could seek congressional approval to sharply expand USAGM's yearly budget to near the $1 billion mark. But plowing more money into this agency is not likely to go over well with Americans less patient with federal spending on line items that aren't absolutely necessary.

On Capitol Hill, meanwhile, there is less patience for the slick PR campaigns by USAGM that helped perpetuate it for so long after the end of the Cold War.

Whatever President-elect Biden ends up doing, he should understand that despite the cheer leading in recent years by USAGM and BBG officials, this is one sick puppy of an agency, beset just in recent years by ongoing morale problems, technical inefficiencies, and more recently revelations of political bias by federal employees.

What I wrote here at CPD in 2017 I believe still holds true.

The United States would not be measurably worse off, or its people and government's domestic, foreign and national security policies massively unrepresented on the global media stage, if VOA and other services were to disappear tomorrow.

The global media landscape has experienced an earthquake several times over. Like radio and television stations, and individuals with Twitter, Facebook, Instagram, and You Tube channels, government agencies and presidential administrations are quite capable of getting their views out to the world.

That the United States really needs hundreds of well-paid civil servants explaining and analyzing 24/7 is a debatable proposition, as is the assertion by USAGM officials that its operations help measurably reduce terrorist threat levels to the U.S. homeland and our interests abroad.

Exporting the 1st Amendment is a nice marquee banner for USAGM. Whether doing so is really a necessary taxpayer expense as we enter the third decade of the 21st century, is another matter.

Joe Biden says he wants to be president for all Americans. Where USAGM is concerned, that means not just the hoi polloi (elites) in Washington, DC and elsewhere benefiting from prolonging the agency, but taxpayers demanding a smaller, more efficient federal bureaucracy.