Home|Shut Down the Voice of America? 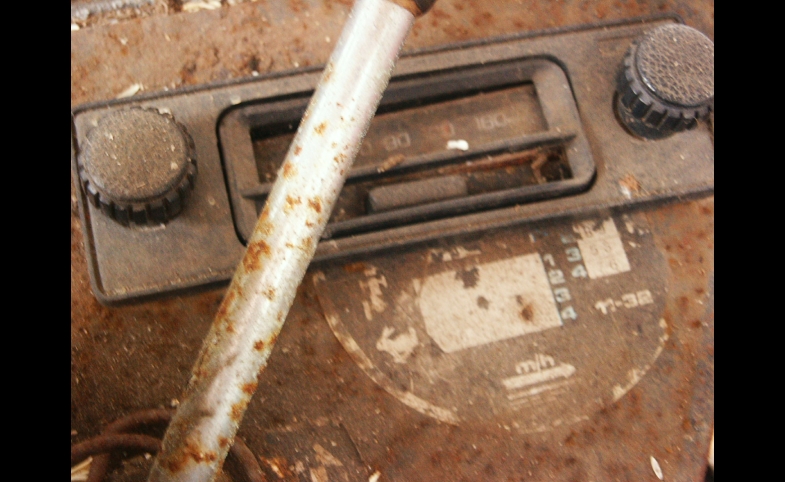 Sound extreme? Shut down an institution born in the dark days of World War II, lasting through the Cold War, conflicts in Korea and Vietnam, into the new millennium and the age of the Internet and social media?

One that represented freedom of speech and the principles of unfettered journalism to millions around the globe, while also reflecting official U.S. policies and discussion about those policies?

But not so extreme to anyone who has followed reports about the Broadcasting Board of Governors (BBG), the federal agency overseeing all foreign-directed U.S. media, and the struggle over bipartisan legislation to restructure it.

Indeed, I believe closing VOA, and other elements of the BBG, should now be squarely on the table, though so far it's been almost off the radar of 2016 presidential candidates.

BBG has been seriously broken for decades, and in many respects VOA as well. This is one of Washington's dirty little secrets that only occasionally gets attention outside the DC beltway.

The agency has struggled with mismanagement and low morale, hovering at or just above the lowest levels in the annual Federal Employee Viewpoint Survey, one of the worst places to work in government.

Two of my former colleagues at VOA wrote this in 2014:

"VOA in particular has been poorly managed. The top leadership has shown little or no vision, some top managers have no real understanding of the needs of foreign audiences, some are allowed to manage through intimidation and cronyism and still others believe that the answer to the agency’s woefully low morale is to hold bingo nights and skating parties."

Co-author Alex Belida, whose commentaries appear in the CPD blog, and another former official, called the BBG and IBB "top heavy with highly paid and marginally effective personnel...[that have expanded] while the numbers of journalists and broadcasting staff at VOA have continued to be slashed to fit budget cuts.“

That's light years beyond then-Secretary of State and now 2016 Democratic presidential candidate Hillary Clinton's remark in 2013 during a House Foreign Affairs Committee hearing that BBG was “practically defunct in terms of its capability to tell a message around the world.”

To this shocking but highly descriptive picture, numerous other problems are attributable to mismanagement at BBG, IBB and VOA:

John Lansing, a former cable television executive hired as CEO in 2015, and other officials are conducting a frontal assault, lobbying Congress not to pass legislation aimed at restructuring the agency.

They argue that the United States, and the world, would be in a much worse position without the "bang for the buck" that VOA and other services provide.

At a minimum, the jury is still out on this. I also think the verdict is already in on an assertion by a former VOA director (David Ensor) that BBG programs can somehow help prevent the growth of domestic ISIS or al-Qaeda inspired terrorists in ethnic diaspora communities.

Where VOA is concerned, there is a widespread impression that it long ago ceased being a first choice for trusted and reliable news for audiences that have rapidly-expanding menus of traditional and online media, including superior content from the BBC.

BBG and other officials regularly roll out deceptively computed and seemingly inflated audience figures showing dramatically expanded use and impact of BBG material.

Would the United States be measurably worse off, or its people and government's domestic, foreign and national security policies massively unrepresented on the global media stage, if VOA and other services were to disappear tomorrow? Not really.

These days, like radio and television stations, government agencies have their own websites and social media channels. The State Department, Pentagon, and White House have multiple ways of connecting with audiences.

That the United States really needs hundreds of well-paid civil servant broadcasters to explain and analyze is a debatable proposition, as is the assertion that BBG operations can measurably reduce threat levels to the U.S. homeland and our interests abroad.

ISIS online brainwashing campaigns...competition from Putin’s information machine...China’s media juggernaut...all are of concern, but BBG executives are using these as excuses to keep the mismanaged BBG alive ad infinitum.

The Obama administration told Congress it was "on board" with the intent of reforms. But a House-passed bill died in the Senate. A revised bill has yet to come up for a vote.

In 2014, Representative Matt Salmon (R-AZ) became the first member of Congress to actually propose eliminating funding for VOA, which he said had "become another duplicative, federal program" that had "veered from its original mission."

For now, Congress continues to support the BBG's nearly $750 million plus budget, including infusions for anti-Internet censorship programs. The FY 2017 budget request is about $778 million. A new GS-15 position was created for a Director of Internet Freedom, a job that appears better placed directly under the State Department.

There is a zero likelihood in 2016 or in the new 115th Congress in 2017 that lawmakers will create some new non-government entity to subsume all of the current BBG broadcasters.

When the new Congress decides it has finally had enough, federal and non-federal employees at the numerous entities should prepare for substantial shrinkage.

Strong arguments can be made that a slimmed-down agency would be just as, if not more, effective in achieving whatever goals still exist to inform foreign audiences, and which are deemed to be still worth public expenditures.

But as everyone knows, this is Washington, the place where government programs, regardless of how unwieldy and inefficient they become, don't die easily, if ever.