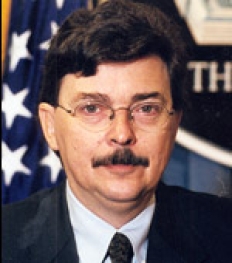 Alex Belida is a veteran of U.S. international broadcasting who was a senior news executive and correspondent for Voice of America for nearly 30 years. He served as a senior advisor to the VOA Director, as director of VOA’s Persian News Network and as managing editor of the VOA Central Newsroom. He also served as White House and Pentagon correspondent, as a European-based correspondent covering Soviet affairs and East-West security issues, and as East and Southern Africa correspondent. While in Africa, he was elected Chairman of the East African Foreign Correspondents Association in Nairobi and served as Treasurer of the Foreign Correspondents Association of Southern Africa in Johannesburg.

In Washington, he was elected the International Broadcasting Bureau’s representative to the Governing Board of the American Foreign Service Association.

Before joining VOA, he worked as a reporter and news editor for Radio Free Europe/Radio Liberty in both New York and Munich. He has a B.A. in Government from Trinity College, Hartford, Connecticut, and a M.S. in Journalism from Columbia University in New York. In 2006, he received the prestigious Alumni Achievement Award in journalism from Columbia.