Home|The Fate of VOA in the Balance 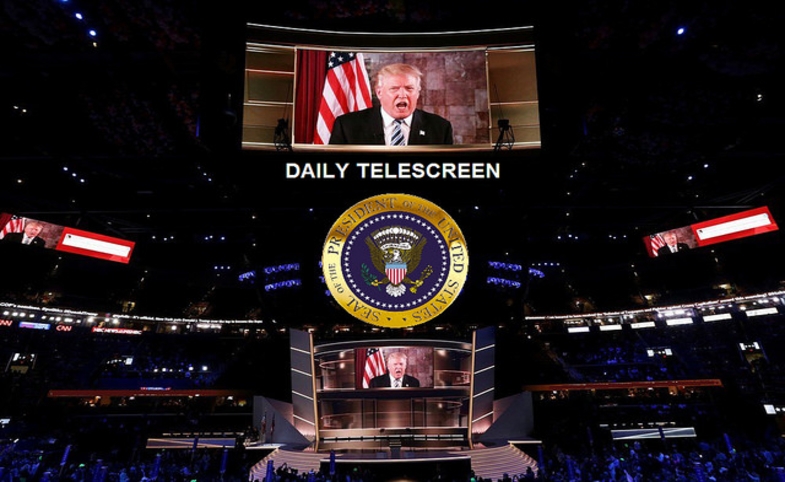 These are both good and bad times for the news media, including the Voice of America, which is marking its 75th anniversary this month.

Good, because there is much vital information to report to global as well as domestic audiences regarding the new Trump administration.

But bad, because the President has described journalists as among “the most dishonest human beings on earth” and has proclaimed he has “a running war with the media.” Adding to the negative outlook, his chief strategist, Stephen Bannon, former head of the rightwing Breitbart News website, has said “the media has zero integrity, zero intelligence” and should “keep its mouth shut.”

Steve Coll, Dean of Columbia University’s Graduate School of Journalism, writing in the New Yorker, suggests this could presage a “permanent campaign, energized by televised rallies and daily tweets.”

Presidential criticism of the media is not new, and Coll notes that journalists are accustomed to being attacked, adding that “the administration’s insults have served only to motivate many of them.”

But he goes on to say the administration campaign “may be more effective in intimidating civil servants.” And here is where VOA could find itself in deep trouble—as its senior managers and staff members are, in fact, government employees.

VOA is probably not a high priority for the new administration, but inevitably it will fall under scrutiny.

Already there have been suggestions that the Trump Administration might seek to turn VOA into a “Trump TV” financed by taxpayers. Politico reported there were fears VOA could become “an unfettered propaganda arm for the former reality TV star who has flirted for years with launching his own network.”

This speculation was triggered by legislation, approved last year and signed by former President Obama, that will place control of VOA and the other arms of U.S. international broadcasting into the hands of a presidentially-appointed CEO. Under the measure, the bi-partisan Broadcasting Board of Governors (BBG), which previously had oversight authority and was supposed to act as a “firewall” to prevent political interference with VOA programming, is to be disbanded.

The Board was not entirely successful in warding off all political threats. But without it, what is to happen, especially in the current highly-charged anti-media atmosphere?

Back in 2005, when I oversaw VOA’s Central Newsroom, similar concerns arose when a former VOA Director began what I can charitably describe as second-guessing many of the reports we issued and sources we quoted. I wrote a warning to the staff:

“There is nothing more corrosive to the integrity and morale of a news operation than doubt,” including doubt about whether to do certain stories, or about whether to quote certain individuals.

At the time, I said I hoped no one was succumbing to such doubts.

“You are all professional journalists,” I wrote, “ You all know how to produce news material that, as our (VOA) Charter and (Journalistic) Code demand, is reliable and authoritative, accurate, objective and comprehensive. You know the difference between balanced reporting and one-sided pandering…We will not allow anyone’s partisan agenda, real or perceived, to interfere with our reporting…”

Lately, however, some staff may have given lethal ammunition to critics of VOA’s journalistic independence, playing into the hands of the new administration. The BBG Watch website, an unofficial site run by former and current VOA journalists, has documented a series of cases in which staffers have used personal social media accounts to criticize the President. BBG Watch has also identified a number of actual VOA programs and web postings of a similar nature.

Such conduct runs against the Conflict of Interest principles for VOA employees and violates the VOA Journalistic Code, which says staff should “recognize that their conduct both on and off the job can reflect on the work of the Voice of America community.”

VOA is probably not a high priority for the new administration, but inevitably it will fall under scrutiny. Yes, the president could name a CEO to overhaul the organization who might possibly try to convert it into a propaganda mouthpiece. Employees could try to resist. While they might receive some editorial support from journalism organizations and the mainstream American news media, they could face dismissal, replacement or other repercussions. And in the end, the President could simply label VOA ineffective and shut it down as a cost-saving measure.

I was initially skeptical about the alarmist reports concerning VOA's future. But with a president who touts "America First" and a Republican majority in Congress unwilling to defy the White House, I am no longer so sanguine. Anything is possible.

Photo by Thomas Cizauskas I CC 2.0