Home|Global News Channels Must Be Seen to Be Viewed 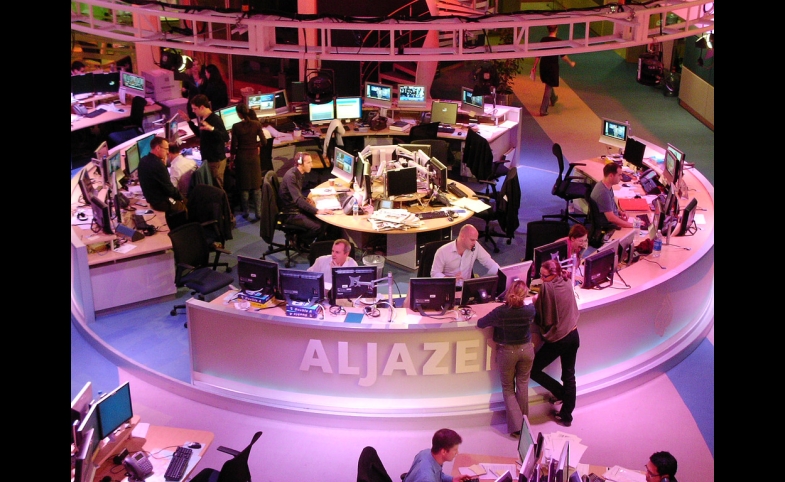 The recent demise of Al Jazeera America opens a new chapter in the competition among global English-language news television channels. When the project began in 2013, I was disappointed by the “America” part. In the United States we have enough news, analysis, and talking heads about American affairs. What we need is more news about events in the rest of the world. The ability of Al Jazeera English to maintain its journalistic independence from Qatar’s ruling family has been a matter of discussion, but there is no question that this global English channel has gathered news from parts of the world generally ignored by the U.S. news media.

In addition to the 700 jobs lost at Al Jazeera America, Al Jazeera announced the layoff of 500 of its employees elsewhere in the world, part of a budget cut by Qatar tied to the falling price of oil. The question now is whether AJE can maintain its position as one of the “big three” global English news channels, alongside CNN International and BBC World News.

These developments were somewhat offset by more positive news about Al Jazeera: its Arabic and English channels launched an app that provides the channels’ audio streams for “low bandwidth areas” where a video stream could be a struggle. This seems like a good idea, as most of the freight of a television news channel can be conveyed without the picture. (If Al Jazeera wants a really low bandwidth option to reach the most remote areas, it could put its audio streams on shortwave radio.)

Would CNN International and BBC World News try a similar audio-only service to extend their reach? Probably not. These two channels are unique among global news channels in that, instead of depending on government subsidies, they seek to earn a profit. CNN is part of a private company, and BBC World News has the remit to make money to support the domestic BBC. Much of income of these two channels comes from carriage fees: cable and other multichannel systems, as well as hotels and cruise ships, must pay to include them among their channel offerings. Offering their audio streams for free would undercut this business plan.

The ramification of this is that the U.S. and U.K. players in the global English news channel sweepstakes could be limited in the number of viewers they reach, because generally they can be seen only via pay TV, and often on the more expensive program packages. On the other hand, channels with less capability for international newsgathering, and/or with less independence from the governments that fund them, may fill this void by offering free video streams, by being available on free-to-air satellite channels, or by being available on the cheapest program packages.

International channels now without access to multichannel services will find themselves on a more level playing field, but a field where it’s easy to get lost among a great many competitors.

Some are independent of government influence, some less so, some not at all. Some are global in their coverage, some regional, and some report mostly about their own countries. Some are all news, and some combine news with feature and entertainment programming.

Another multichannel system in Africa is the Chinese-owned Star Times, which distributes channels mostly through digital terrestrial bouquets. In Nigeria, its NOVA package (at N600 per month, “the most affordable bouquet in the history of Nigerian Pay TV”) has, not surprisingly, CCTV News as its only global English news channel. The BASIC package (N1200) adds Al Jazeera English and BBC World News. CLASSIC (N2400) adds Fox News. This is the Fox News we see in the United States, distributed internationally largely for the benefit of Americans living and working abroad. With CNN International not available on any Star Times bouquet, Fox News is the “voice of America” on this platform.

As more people access video news via the Internet and its apps and social media, the equations will change. International channels now without access to multichannel services will find themselves on a more level playing field, but a field where it’s easy to get lost among a great many competitors.

Whatever the platform, the principles of market-based international broadcasting will apply. The audience seeks channels that can place correspondents in, and get video from, as many locations in the world as possible. This enables the channel to reports swiftly on unexpected news from obscure places. And the resulting product must be real news with real independence, not a news-like product that adheres to the agendas of the governments or corporations that provide the money.

Photo by Alexander Sehmer I CC 2.0

The BBC has confirmed its intention to create a radio service for North Korea, although, despite a recent report, a start date for this service has not been set. North Korea’s recent test of what it described as a hydrogen...