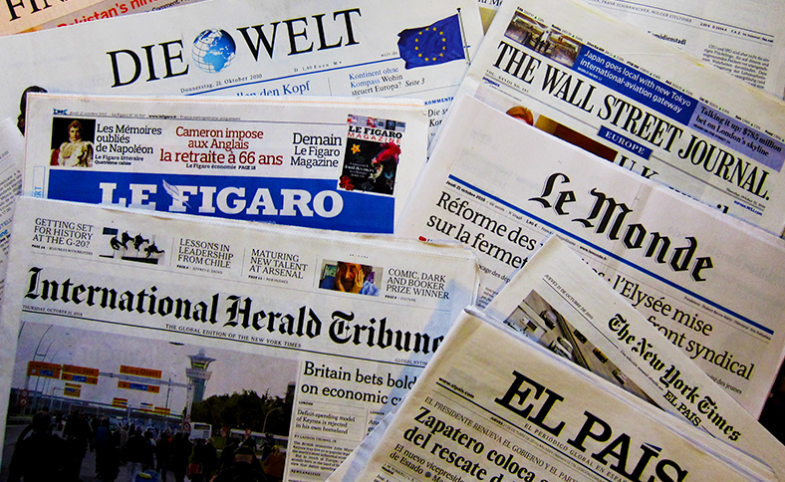 U.S. Senators Rob Portman, an Ohio Republican, and Chris Murphy, a Connecticut Democrat, have introduced the "Countering Foreign Propaganda and Disinformation Act” (S. 2692). It proposes a “whole-of-government strategy for countering foreign propaganda and disinformation.” According to Senator Portman, “the bill would establish the Center for Information Analysis and Response, led by the State Department, but with the active participation of the Department of Defense, USAID, the Broadcasting Board of Governors, the Intelligence Community, and other relevant agencies. The Center will develop, integrate, and synchronize whole-of-government initiatives to expose and counter foreign disinformation operations and proactively advance fact-based narratives that support U.S. allies and interests.”

News—real news—via international broadcasting has always existed to satisfy the desire for an antidote to propaganda and disinformation. This has been the case since World War II, when the BBC was the source of accurate information for Europeans immersed in Axis-controlled media. The Voice of America assisted, promising “the news may be good, the news may be bad, we shall tell you the truth.”

Because most international broadcasting of news has little commercial potential (CNN International is a notable exception), governments must provide funding to bring that real news to countries where it is not available because of a lack of resources, censorship, or both. The difficult part is convincing the sponsoring government not to kibitz. If U.S. international broadcasting gets sucked into “whole-of-government initiatives,” the audience will detect patterns of content where independent news judgment should exist. It will tune in elsewhere for something more credible.

The audience for international broadcasting may be comparatively small, but it makes up in influence what it lacks in quantity.

Calls for the analysis of disinformation may stir up déjà vu. In the 1980s, the United States Information Agency issued “disinformation alerts,” basically press releases identifying instances of false and incorrect information from Soviet sources. Today, BBC Monitoring offers for-sale extensive analysis of the media and content of America’s adversaries. This might be a cheaper, off-the-shelf alternative to creating a new bureaucracy.

There is also the possibility that this Center might analyze trees falling in the forest. The existence of international broadcasting channels, and the nature of their content, is of little import if the audience is tiny. How many people really watch Russia’s RT and China’s CCTV? How many people can even receive these channels?

There are two challenges in this quest for information. First, the research methodology must be even-keeled, so that all the international broadcasting contenders have the same chance of being counted. Second, the great majority of research on audiences for government-funded international broadcasting is conducted by the U.S. Broadcasting Board of Governors and by the BBC. Furthermore, most of the data from that research is not in the public domain. Because of this, scholars, fellows, and pundits who study international communication are not as well-informed as they should be.

Occasionally, results of international broadcasting audience research are made available through press releases. RT recently marked its tenth anniversary with news about its global audience size. RT compared its estimate—70 million weekly viewers in 38 surveyed countries—to those of other international channels, conceding that only BBC World News has a larger audience. RT cited the competing stations’ own website pages touting their audience sizes. These numbers, however, are derived from a mélange of methodologies, so this is really not a useful comparison.

Independent studies of international broadcasting audiences, in the public domain, would be a solution, albeit an expensive one.

In international communication, as in U.S. presidential campaigns, big spending is not a guarantee of success. Other factors are at least as important. If the Center for Information Analysis and Response becomes reality, it should, above all, analyze that.

Note from the CPD Blog Manager: As of August 22, 2018, the Broadcasting Board of Governors (BBG) is known as the U.S. Agency for Global Media.

Photo by Javier Micora I CC 2.0

The BBC has confirmed its intention to create a radio service for North Korea, although, despite a recent report, a start date for this service has not been set. North Korea’s recent test of what it described as a hydrogen...