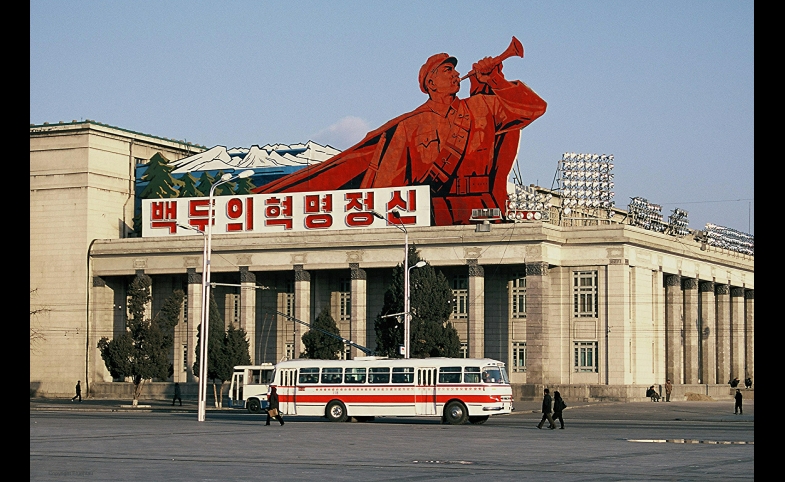 The BBC has confirmed its intention to create a radio service for North Korea, although, despite a recent report, a start date for this service has not been set. North Korea’s recent test of what it described as a hydrogen bomb, and its launch of a long-range missile, have instilled urgency to the BBC’s plans.

BBC specifies that this will be a radio service rather than the multimedia operation that is typical in 21st-century international broadcasting. In North Korea’s tightly controlled media environment, there really is no alternative to radio to get information to all but the most elite layer of the country’s population.

North Korea can be reached by medium wave (“AM”) and shortwave radio. Medium wave is preferred because radios with this band are more typical than those with shortwave bands. Medium wave transmitters that can reach North Korea are in short supply, however. One such transmitter in Russia, previously used by international broadcasters, has been dismantled. China will not supply MW transmitters to BBC for obvious geopolitical reasons. Japan has no history of hosting relay transmitters for international radio stations. With the business case for medium wave radio declining in Japan as it is in the rest of the world, perhaps this opportunity for revenue will be re-explored.

In any country steeped in propaganda, the international broadcasting audience seeks a credible alternative. The BBC’s credibility, achieved through decades of defending its independence, is probably known even in North Korea, at least among official circles.

South Korea offers the best chance of a medium wave outlet for the BBC. Only in recent years did the Voice of America and Radio Free Asia Korean services gain access to the Seoul medium wave transmitter of FEBC Korea, a Protestant evangelical station affiliated with the U.S.-based Far East Broadcasting Company. It remains to be seen if BBC can acquire any of the finite time available on this transmitter, or if other medium wave facilities in South Korea might be available. I would guess that public broadcaster BBC has been in touch with South Korea’s public broadcaster KBS to discuss mutual interests.

Shortwave can reach North Korea from more distant transmitting sites. It is also usable any time of the day, whereas medium wave can penetrate deep into North Korea only at night. Senior North Korean officials may have access to shortwave radios, and this audience, while small in size, is worthwhile for its influence. For the more general North Korean public, shortwave radios must be obtained through the black market of goods smuggled from China.

Television is not an option for news. Assuming BBC can get access to South Korean terrestrial television transmitters, their signals would reach only a few kilometers into North Korea. Satellite dishes are difficult to obtain and illegal to own. The aforementioned senior officials probably do have satellite receivers, so BBC would want to make its radio content available on audio sub-channels of the satellites it already uses to reach East Asia. Non-time-sensitive television content might be smuggled from China into North Korea on DVDs, USB drives, or SD cards.

The Internet is likewise unavailable to all but a small number of North Korean officials and researchers. The North Korean domestic Kwangmyong “intranet” is a closed system. For those influential few North Koreans, and for Koreans elsewhere, audio and scripts of BBC Korean radio can be made available on a website and through other Internet products.

Another challenge for BBC’s North Korean service is to determine what content will have the most appeal to North Koreans, most of whom will face difficulty and even danger to obtain it. Already reaching North Korea are the Voice of America and Radio Free Asia Korean services, South Korea’s KBS Global Korean Network, as well as stations operated by the South Korean government, military, religious organizations, and North Korean defectors, plus South Korean domestic radio stations audible in North Korea. What would be the BBC’s niche in the midst of this competition?

BBC World Service has a history of reporting aggressively about its target countries, filling in the information not available from government controlled domestic media. The global BBC news organization can also provide comprehensive coverage about the rest of the world. Britain’s international broadcasting is concentrated in one organization. As such, BBC World Service does not have to specialize in any particular mission, but would be free to report on both North Korean and international news in proportions that befit the events of the day.  Listeners in North Korea would not have to tune in more than one station to get all the day’s news, whether it’s about North Korea or the rest of the world.

In any country steeped in propaganda, the international broadcasting audience seeks a credible alternative. The BBC’s credibility, achieved through decades of defending its independence, is probably known even in North Korea, at least among official circles. Balance may seem difficult to achieve, as there is precious little good to report about the Kim Jong-un regime. But reportage about problems elsewhere in the world provides balance to news about problems in North Korea. And when the occasional glimmer of modernity or normalcy does surface in North Korea, BBC will likely cover it, making the bad news about North Korea more believable.

A final question for the BBC is the extent to which it wants to provide news about South Korea. To be sure, BBC has reported and will continue to report on the major stories coming out of South Korea. And, for the benefit of its new North Korean audience, it will presumably add coverage of South Korea’s relations with the North.

But will BBC, with more reporters in South Korea to cover North Korea, be tempted to step up its coverage of South Korea, digging into matters than might make the Seoul government uncomfortable? South Korea’s media is rated only partly free by Freedom House, so BBC may be able to fill some gaps. Or will it hold back in order to keep its team of correspondents in South Korea and maintain access to any South Korean transmitters? Reporting about a country that hosts relay facilities is a known dilemma in international broadcasting.