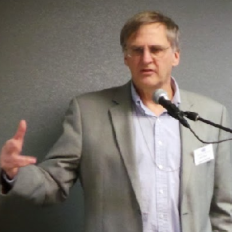 From 1985 until his retirement in 2017, Kim Andrew Elliott was an audience research analyst and broadcaster at the Voice of America and the Broadcasting Board of Governors. From 1995 to 2002, he was producer and host of "Communications World," a popular weekly Voice of America program about electronic media and international broadcasting. Later he produced VOA Radiogram (2012-2107), an experiment in transmitting text and images via existing shortwave broadcast transmitters.

He has a B.A. (1974) in international affairs from the George Washington University and an M.A. (1977) and Ph.D. (1979) in communication from the University of Minnesota.