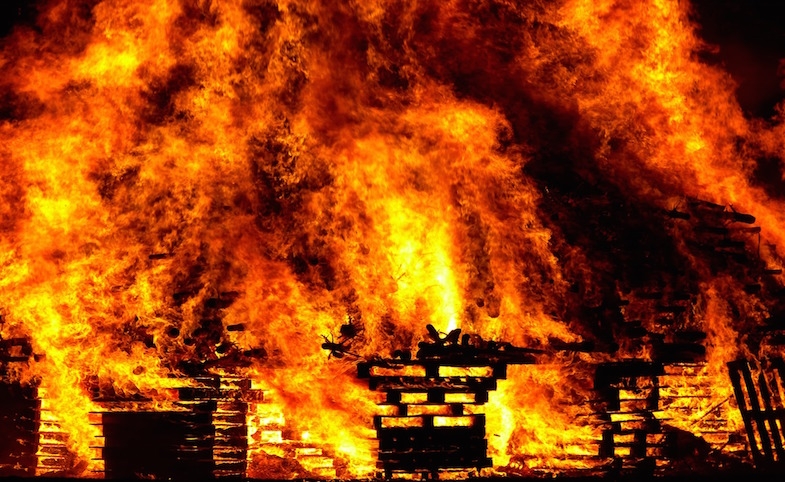 Deep in the massive FY2017 National Defense Authorization Act is a provision to eliminate, in its present form, the U.S. Broadcasting Board of Governors. The NDAA has been passed by the House and the Senate and is expected to be signed by President Obama. The BBG is the topmost authority of the elements of U.S. government-funded international broadcasting: Voice of America, Radio Free Europe/Radio Liberty, Radio Free Asia, Radio and TV Martí, and the Arabic-language Alhurra TV and Radio Sawa. Together they broadcast in 61 languages.

This BBG’s demise eliminates the “firewall” of a nine-person bipartisan board with fixed and staggered terms, and replaces it with one politically-appointed CEO. This change will have consequences.

Traditionally, people around the world huddled around a shortwave radio to get news from abroad. Increasingly, they watch an international news channel via cable or satellite television, or access a foreign website or social media outlet. Whatever the medium used, the need for a credible alternative to domestic state-controlled media is the main reason international broadcasting has had an audience since the 1930s.

Credibility is the essence of successful international broadcasting. The shortwave frequencies, satellite channels, and online media are full of propaganda, but serious news consumers seek out the news organizations that they trust.

International broadcasting in languages such as Burmese or Hausa has little commercial potential. National governments must step in to provide the funding. The foremost challenge is to ensure that the journalism is independent from the governments that hold the purse strings.

When a government is directly involved in the production of news, the results are generally deleterious. The outcome can be as extreme as the lies and distortions of German broadcasts before and during World War II. Or the output can be something like the stultifying commentaries that filled much of Radio Moscow’s schedule during the Cold War. And, as can be observed by watching Russia’s RT or China’s CCTV News on cable TV, propaganda can also be manifest by emphasizing some topics, while downplaying or ignoring others.

I believe I had a role in the creation of the BBG 21 years ago. As an audience research analyst at VOA and a student of international broadcasting, I was concerned about the impact of politically appointed VOA directors on the VOA news service. I wrote about this in “Too Many Voices of America,” Foreign Policy, Winter 1989-90.

I was pleasantly surprised that the article sparked lively discussion. A House of Representatives hearing on the subject took place in 1990. Then a President’s Task Force on U.S. Government International Broadcasting was formed in 1991 and issued a report. This process culminated in the International Broadcasting Act of 1994, which created the BBG. The BBG began its work in 1995.

So, if I was not the father of the BBG, I was at least its crazy uncle.

For the most part, the BBG functioned well as a firewall. Most importantly, directors of VOA and presidents of RFE/RL were no longer appointed by the president, but by the BBG. When a new president was elected, those directors and presidents and their senior managers stayed on. There was no jarring change of the news agenda that the audiences for international broadcasting would notice.

Nevertheless, among the employees of U.S. government international broadcasting, few tears will be shed for the passing of the BBG. The BBG had to make unpopular but necessary decisions. Veteran personnel with radio skills had to make room for new television and online talent. Language services of the Cold War era signed off while others, especially those serving Muslim nations, rose in priority.

With the new one-person oversight of U.S. international broadcasting, the pendulum that vexed VOA and the other entities before the 1990s begins to swing again. In the old days, some VOA directors were committed journalists, others were policy hawks. The latter imposed priorities on news output which conformed more to the administration’s agenda than to the tenets of journalism. This will eventually happen again with a presidentially appointed CEO.

The revision of the International Broadcasting Act does stipulate a three-year term for the CEO, so that, in theory, provides something of a buffer. There could be short-lived continuity when a new president is elected. When that term expires, a future president could, hypothetically speaking, have an unusual level of interest in the mass media, and might appoint a CEO with a peculiar notion of news.

The legislation also retains standards of journalism, e.g. the news “will be accurate, objective, and comprehensive.” The CEO, however, can interpret what is meant by that. There is no longer the moderating influence of a bipartisan board.

Why should the U.S. government fund a news organization if it cannot influence its content?

2)  Independence enables the balance that builds trust in a news organization. VOA began broadcasting in 1942 with the famous words, “The news may be good or bad, we shall tell you the truth.” To radio listeners in Europe, VOA and BBC reported the many Allied losses early in the war. They were therefore believed when reporting Allied victories later in the war.

3) Well and fully informed audiences are bolstered against disinformation, information, and what we now call the fake news of dictators and terrorists and other international miscreants. These audiences are better equipped to form their own opinions about current events.

4) An unfettered news service supports U.S. interests in the long term. If U.S. policies are wise and virtuous, fully informed audiences, will, in the long term, understand the reasoning behind U.S. international conduct.

5) It speaks well of the United States that it is providing the news service that many people around the world rely on. It will alienate publics abroad if the United States provides a news-like product that is actually propaganda.

With the resumption of the swinging pendulum, it is only a matter of time until a future CEO of U.S. international broadcasting cleans house in its newsrooms. The change of tone will be apparent to audiences abroad. Credibility can be lost in a matter of weeks. It will take decades to restore.