Home|Part I: Trump's Big Fail (So Far) at the BBG/VOA 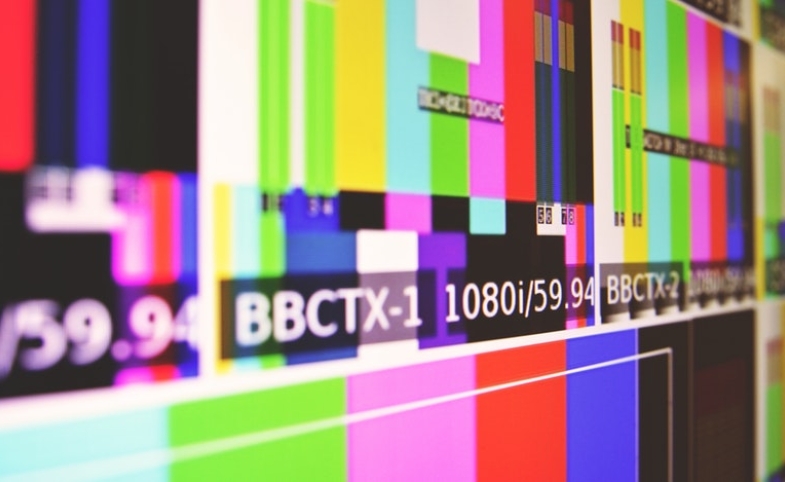 Nearly two years ago, in the midst of the 2016 presidential campaign, I put forward the controversial notion that shutting down Voice of America (VOA) and possibly other parts of the U.S. government-funded media structure should be considered. (CPD Blog: “Shut Down the Voice of America?”)

After Donald Trump's victory, I followed up, asking this question: "Will Trump and his team be able to ascertain the truth about the broken [Broadcasting Board of Governors] BBG? Or will they be hoodwinked by the smoke screen of happy talk emanating from the permanent BBG bureaucracy?" (CPD Blog: “What’s a President-Elect to Do…With the BBG?”)

Regardless of where you stand on the future of the BBG—whether you're among those who see it as some vital tool of the U.S. in the new information wars or if you’re among increasing numbers who see the agency as a prime example of government dysfunction that should be shuttered—it's time for an update.

One thing is clear: the Donald Trump who came to power promising to drain the D.C. swamp has so far not done much when it comes to the well-known quagmire at the BBG.

In January of 2017, two former Trump campaign workers, Matt Ciepielowski and Matt Schuck, were sent to 330 Independence Avenue, headquarters of the BBG and VOA.

A memo from the Obama-appointed BBG CEO John Lansing said Ciepielowski and Schuck would be working with staff "to ensure an open, transparent and seamless transition" of the agency to the Trump administration.

A wave of media hysteria ensued, with articles and segments in various mainstream outlets (notably Politico, The Washington Post and MSNBC) warning about an alleged plan by Donald Trump to seize control of the BBG, specifically VOA, and questioning the two Trump team members’ qualifications.

Based on how they were portrayed on the January 25 edition of MSNBC’s “The Rachel Maddow Show” and by a February 1 article in Media Matters, Ciepielowski and Schuck knew where things were headed. The Media Matters article title blared, “Here Are the Hacks in Charge of Broadcasting Trump’s Propaganda Internationally.”

Using what looked like old video of the two, Maddow presented what amounted to a scare story. She asserted erroneously that the two (described as "20-something political operatives") had actually physically taken over the CEO's office at the BBG.

Wow… A big mistake. The BBG contacted “The Rachel Maddow Show” to request a clarification. Although it’s now mentioned in the print version of the story, the original video giving the impression that a federal agency was being taken over by two kids from the Trump campaign is still up there on MSNBC’s and other websites.

What the two Trump representatives must have viewed as hit pieces continued at a slower pace through the year. (It should be noted that both Politico reports were written by someone who had once worked at VOA. MSNBC has a former VOA reporter on staff.)

In April, a New Republic piece asked, “Will the Voice of America Become the Voice of Trump?” stating “Trump is poised to turn the government news service—which reaches a global audience of 236 million every week through its radio and TV broadcasts—into a mouthpiece for his personal brand.”

What assessments were made of the agency's effectiveness—or lack of the same, legendary morale problems—and their recommendations are unknown.

In June, Politico reported that an apparent Trump choice to head the BBG, Michael Pack, was an ally of former Trump adviser Steve Bannon, warning that Pack could hold “sweeping new powers…[in] the position [that] would oversee public media reaching 100 countries.”

It’s hard to argue with facts about the backgrounds of Ciepielowski and Schuck —they brought very little heavyweight experience to their assignment at the BBG. However, both were subjected to some truly vicious attacks, AND the takeover hasn’t happened.

Indeed, agency officials, from Obama-appointed CEO John Lansing on down, maintained that there were no attempts by the White House to manipulate VOA or other programming.

The Trump Team's Recommendations to the White House

As 2017 ticked by, little was heard about the activities of Ciepielowski and Schuck, aside from occasional sightings reported by VOA employees.

It was clear they had received minimal direction from the White House as to their actual mission, at least as of the time they were being sent to the BBG.

Their report about the agency is believed to have been submitted over the summer, when Breitbart operative Steve Bannon was still an adviser to Trump with an office in the White House.

What assessments were made of the agency's effectiveness—or lack of the same, legendary morale problems—and their recommendations are unknown. Was the report given to Lansing and other officials at the BBG/VOA and other broadcast entities?

In early 2017, the belief was that the two would assess and report findings then depart from the BBG, rather than occupy permanent positions in the agency. I was surprised to learn that there was a possibility they could be given full-time positions.

According to his Facebook page, Schuck now holds the title of special communications adviser for the BBG. It's unclear whether this is temporary or permanent and what that role entails.

Ciepielowski, whose background was so viciously attacked in the Media Matters article, left the BBG last summer, reportedly for the National Endowment for the Humanities.

Neither Ciepielowski nor Schuck responded to a list of questions sent to them for this article.

Obama Holdovers Still in Charge at the BBG/VOA

What also has not occurred is any change in the BBG's top leadership.

As noted, President Trump was reported to have settled months ago on Pack, head of conservative think tank the Claremont Institute, to replace Lansing.

Responding to a question for this article, Amanda Callanan, director of communications for the Claremont Institute, said, "Out of respect for the selection and nomination process, which is still ongoing, Mr. Pack would like to refrain from comment at this time."

The government in Beijing communicated to VOA its anger over the interview in April, among other things, calling in the VOA Beijing correspondent for a chat.

With backing from Lansing, Bennett dismissed as "baseless" the charges that the interview was cut short due to pressure from China. VOA management launched an investigation into five Mandarin broadcast employees who remained on indefinite administrative leave for months.

Among whatever is left of its audience in China, VOA's reputation suffered, with thousands of people writing in to criticize VOA and assert that VOA management caved to pressure from the Chinese government.

As this article was being finalized, news arrived that three VOA Mandarin employees were fired by the BBG for what the agency calls "insubordination." They have the right to appeal, but as of this writing, it's unclear where things will go.

The BBG's Office of Public Affairs did not respond to my email seeking further information about the firings, but an internal document from Bennett says the agency declines comment on ongoing personal matters "to protect the privacy of the individuals involved."

Bennett says an investigation, conducted by a law firm on retainer with the agency, along with a University of Maryland, Philip Merrill College of Journalism expert hired by the firm, found that "VOA management's actions were not in any way driven by pressure from the Chinese government but instead were intended to enforce best industry-wide journalistic practices."

As of this writing, it's not clear whether the four lawmakers will continue to insist on an investigation by the Office of Inspector General.

Note from the CPD Blog Manager: This article is Part I of a two-part essay regarding recent events involving the Broadcasting Board of Governors' oversight of Voice of America. Read Part II.