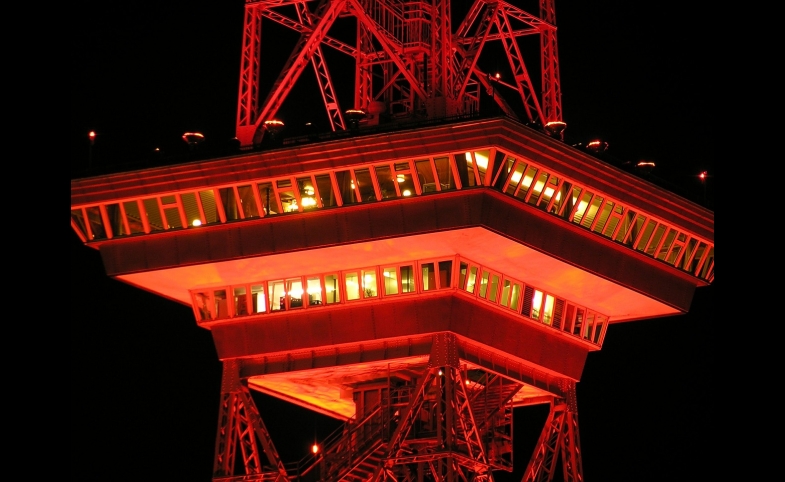 More drama is playing out involving the Broadcasting Board of Governors (BBG), long recognized as one of the most mismanaged and broken of federal agencies. BBG CEO and former Scripps executive John Lansing successfully appealed to Republican Senate power brokers to allow him more time to clean up the place. In a recent memo, Lansing committed to "establishing a working environment that is free of personal favoritism, coercion, reprisal, and retaliation and other prohibited personnel practices."

Every company has issues, but such a description provides just a glimpse of the scope of problems, and repairs necessary.

The cleanup also involves VOA's new director, Amanda Bennett, and her deputy Sandy Sugawara, both with recent connections to The Washington Post. Director for only a few months, Bennett has used a carrot and stick approach, praising certain areas of existing reportage while saying performance has to get "way, way, way better." She also appears to have adopted the approach endorsed by her predecessor in which VOA English and language websites are filled daily with dozens of commercial wire service reports. She ordered VOA staff to use wire service reports over "[giving] our readers, viewers, listeners, something inferior or late. If it’s not better than a version on the wire, use the wire."

Critics, including myself, say this amounts to turning VOA into another conduit for AP, Reuters, and AFP who have their own websites and distribution methods.

It can also be deceptive. VOA stories as they appear via Google and other alerts give readers the impression that VOA itself is reporting from certain datelines and about certain topics when it is not. Indeed, there is also a widespread impression that VOA long ago ceased being a destination of first choice for audiences accessing rapidly-expanding menus of traditional and online media, including superior content from the BBC.

VOA's status as a flagship international broadcaster and BBG outlet is no more, thanks in part to the poorly-implemented initiative called "Digital First," which the Bennett/Sugawara team has now doubled down on.

Bennett has also hired three journalists as short-term consultants to "assist us in benchmarking our entire operation to the best in the world [so] we can plan a path forward."

Before retiring from VOA in 2014, I recommended that a permanent journalistic ombudsman be established. What VOA needs is not a temporary team, but a long-term commitment to honest self-examination. Ombudsmen may not be popular, but they can have an important impact on quality. Bennett would also be well advised to examine the mixing of advocacy with journalism. There have been violations of VOA's own guidelines against conflicts of interest or the appearance of same, by agency journalists.

VOA management says this issue is "being addressed internally." Outside critics who raised the issue in 2015 were attacked by current and former agency officials.

There are potential rewards of the Bennett-hired consultant team if, that is, it applies a fine tooth comb to VOA reporting processes and content, which like the BBG itself escaped much intense outside scrutiny over the years. The risk, and I think it's significant, is that the initiative is aimed at achieving a whitewash designed to persuade lawmakers to indefinitely postpone sweeping and effective congressionally-mandated structural changes.

What VOA needs is not a temporary team, but a long-term commitment to honest self-examination.

Lansing and Bennett -- neither of whom are guaranteed to keep their jobs from 2017 onward -- could declare a clean bill of journalistic health, and repeat the claim that VOA and BBG are in a "whirlwind of positive change," as one board member put it.

Meanwhile, the Thornberry amendment in the House-passed version of the 2017 National Defense Authorization Act, had the effect of a nuclear blast going off. It authorized the BBG CEO (Lansing, or whoever follows him) to turn the Voice of America into an "independent grantee...private non-profit organization."

The AFGE 1812 union blasted the amendment, saying a change of such magnitude "merits its own separate bill where both houses of Congress can debate and carefully consider the best course of action" and urged employees to write to Congress.

The beginning of the amendment, incorporating the Obama administration initiative to create a Global Engagement Center to counter ISIS and other propaganda, deserves a careful read. It directs the secretaries of State and Defense "to develop, plan, and synchronize, in coordination with the Secretary of Defense, and the heads of other relevant Federal departments and agencies, whole-of-government initiatives [my emphasis] to expose and counter foreign propaganda and disinformation directed against United States national security interests and proactively advance fact-based narratives that support United States allies and interests."

Recall that at one point VOA journalists faced off with management to renounce what they called steps to associate VOA news coverage more closely with CVE (Counter Violent Extremism) efforts.

Let's look at the language again...a "whole of government approach." Translation: VOA and its well-compensated civil servant journalists do not get a pass to continue parading around as if they are some government-funded version of CNN.

From most reports, the amendment will be DOA in the Senate where the entrenched bureaucracy of U.S. international broadcasting has had its Godfathers, including but not limited to Ted Kaufman, the former Delaware senator, as well as Joe Biden. Bob Corker (R-TN) is the key person likely to have provided breathing space for BBG CEO Lansing's cleanup act at 330 Independence Avenue. But in the space of two years, members of Congress have introduced legislation to eliminate VOA entirely and now propose what for decades was unthinkable: de-federalize VOA.

It remains to be seen what form the BBG takes in coming years, what it will be called, or whether all outlets it controls will be privatized.  The agency has had far more than nine lives.

Writing on the BBG Watch site in 2015, I said it would be difficult to identify members of Congress, or the public, who think VOA and other government-sponsored media should exist unless it is expressly, and with vigor, to fight a new information war.

That's the bigger picture everybody should keep in mind, whoever wins the White House in 2016.