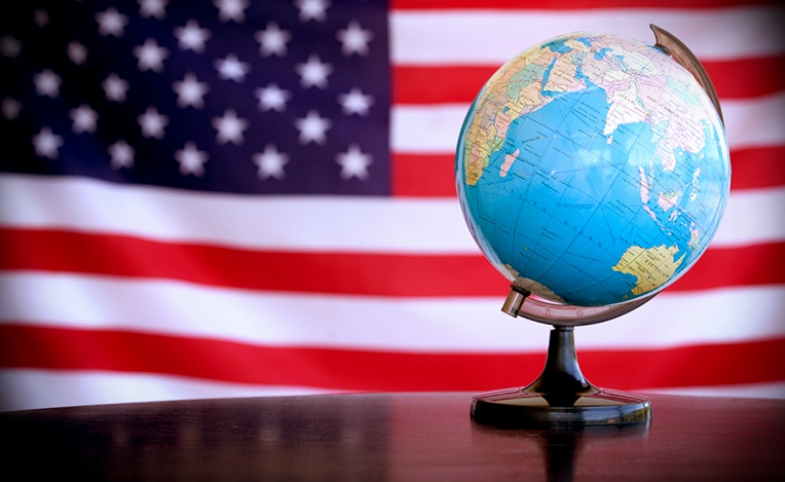 If former Vice President Joe Biden is elected U.S. president in November, he will face the massive task of managing and rebuilding American public diplomacy on the heels of President Donald Trump’s many missteps. The Trump administration has undermined public diplomacy efforts through poor policies and chronic mismanagement.

U.S. public diplomacy is the government’s conduct of information programs aimed at foreign publics. The goal is to help foreign audiences understand the United States, who we are, and why we do what we do. Foreign public opinion is important to U.S. national interests because it affects the behavior of foreign leaders, not only in democracies, where public opinion is valued and impacts elections, but also in authoritarian systems. The U.S. government influences foreign public opinion through broadcasting (through outlets like Voice of America), student and professional exchanges (the Fulbright Program and others), printing, social media and personal diplomacy.

Effective public diplomacy starts with listening to foreign opinion and to American experts who understand foreign opinion. President Trump has done neither. He has left key diplomatic posts unfilled at the Ambassadorial level, and he ignores the advice of many experts—including seasoned diplomats—in the federal government.

Successful public diplomacy requires sound policies that are framed in a way to engender broad support or, at least, acquiescence by the foreign audiences with which diplomats engage. And seasoned diplomats know the best public diplomacy is face-to-face. Trump’s personal style, however, has alienated foreign leaders and publics. They know he lies every day, undermining the personal trust that diplomats work hard to develop.

President Trump has neglected and undercut all of those tools, and President Biden should follow the above principles. But Biden should do more than simply revert to the norm of U.S. foreign policy. In order to revive public diplomacy after Trump, policy recalibration is only half the battle. Without serious bureaucratic reforms, a Biden Doctrine cannot restore U.S. public diplomacy.

To do so, Biden should make three key reforms. First, the Biden administration should invest in public diplomacy. The Trump White House has consistently spoken of its desire to drastically cut State Department funding. In its FY2021 draft budget, the Trump administration proposed slashing public diplomacy funding by $121 million. It has also sought budget cuts for virtual and traditional exchange programs with Arabs, Israelis, Tibetans and Taiwanese, among others. The Biden administration should resist the impulse to cut such programs, which are especially crucial given Trump’s damage to American credibility.

Second, the Biden administration should replace the recently-confirmed CEO of the U.S. Agency for Global Media (USAGM), Michael Pack. And it should increase the funding of critical broadcast channels like Voice of America. The Trump administration has damaged American broadcasting by attempting to defund and delegitimize it. The administration’s FY2020 proposal cut over $173 million of funding for USAGM, which oversees U.S.-sponsored international broadcasting.

In 2018, President Trump nominated Michael Pack, a conservative activist and ally of Stephen K. Bannon, to be CEO of USAGM. On June 4 the Senate approved Pack on a party-line vote. Ten days later, VOA Director Amanda Bennett and her deputy, Sandra Sugawara, resigned, apparently fearful of Trump’s politicization of VOA, which has always carefully guarded its journalistic integrity. Pack then fired the directors of the targeted broadcasting services aimed at authoritarian countries. In April, the White House falsely accused the independent Voice of America of peddling Chinese propaganda, an unprecedented public attack by the Executive Branch on U.S.-sponsored broadcasting.

President Biden should replace Pack with a broadcast professional who holds proven journalistic standards. However, Biden should go one step further than restoring order and honesty at USAGM. His administration should increase funding to critical channels like Voice of America and the targeted services that have substantial followings among dissidents around the world. These broadcasts are crucial force-multipliers that maintain audiences of 345 million people each week. And they are especially important to American efforts in its great power competition with—and struggle over disinformation from—Russia and China. As technology and its role in geopolitics evolve, the Biden administration should also re-evaluate American broadcasting in the digital age, adapting it to incorporate new innovations and techniques.

Third, President Biden should reinstate the proper use of all U.S. public diplomacy tools. President Trump’s social media habits have confused allies and emboldened adversaries. His combination of florid praise for and bizarre threats against leaders in China, Russia and North Korea have undermined our credibility and not achieved U.S. policy objectives. His erratic tweets have often contradicted statements by U.S. officials, confusing our allies. In many cases, U.S. officials discover a policy change via Trump’s Twitter feed with little guidance from the White House. This forces American diplomats to defend policies with insufficient background information, hampering public diplomacy efforts.

The Biden administration should maintain messaging discipline, working to be clear and consistent about American policy on social media. The administration should seek out the advice of public diplomacy officers on the ways in which the media can be used to amplify and clarify U.S. policy. And it should aim to create a set of operating rules for public diplomacy messaging that can guide American diplomats as President Biden works to undo his predecessor’s many mistakes.

To be sure, undoing the damage of the Trump presidency to U.S. public diplomacy and foreign policy will be quite an undertaking. The Trump administration has ignored traditional principles of the practice, undermined American broadcasters and some of their content, and harmed America’s reputation worldwide. But with strong bureaucratic reforms, the Biden administration can restore American public diplomacy.