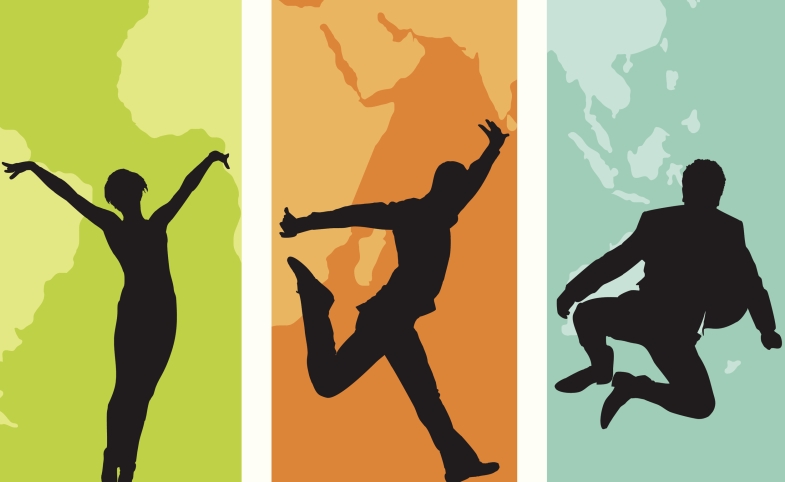 GWANGJU, SOUTH KOREA – From here on a Korean peninsula split between North and South, to Capitol Hill in Washington, D.C., where U.S. Secretary of State Rex. W. Tillerson recently testified before a Senate Appropriations Committee on the FY 2018 State Department Budget Request under U.S. President Donald J. Trump, our world remains as divided as ever.

Tillerson made clear that the Fiscal Year 2018 budget request of $37.6 billion "aligns with the [Trump] administration’s objective of making America’s security our top priority." While there would be "substantial funding for many foreign assistance programs," he said, other initiatives would see reductions. The State Department and USAID budget, he noted, had increased more than 60 percent – a "rate of increase in funding [that] is not sustainable" – from Fiscal Year 2007, reaching an all-time high of $55.6 billion in Fiscal Year 2017.

"While our mission will also be focused on advancing the economic interests of the American people, the State Department’s primary focus will be to protect our citizens at home and abroad," said Tillerson in his prepared remarks introducing the budget request.

Time to Get Creative with Diplomacy

Yet, with disruption and division haunting our world, the United States needs to get creative and double down on diplomacy in all its forms. This can be done cost-effectively and in a way that showcases America at her best.

This is particularly important in places such as South Korea and elsewhere in Asia and the Pacific – a region that continues to be a key driver of global economic growth. Much of the region remains worried about an increasingly aggressive China and would welcome strengthened U.S. engagement.

Certainly, there is no substitute for the "hard power" of a strong military and a willingness to deploy and use military assets. U.S. engagement in Asia will benefit from an America that is stronger both economically and militarily.

That was clear when former U.S. President Barack Obama's failure to act after his "red line" was crossed in Syria unintentionally undermined his much publicized "U.S. pivot to Asia." That Obama-era initiative came to be seen by many in the region as more rhetoric than reality and, as I argued on CNN, "more bark than bite."

Soft Power Has Its Advantages

But "soft power" too has its advantages. This must be kept in mind both by the U.S. president and the leadership of the U.S. Congress as work moves forward on an overall FY 2018 budget that gets spending under control while advancing American interests.

Trump should be applauded for not shying away from the hard work of seeking more balanced economic and trade engagement, and more sustainable, if not yet balanced, budgets.

Everyday Americans as well as American businesspeople, athletes, entertainers, and performers are often best positioned to convey the vibrancy, the innovativeness, and warmth that is also the United States.

I believe that a final, negotiated FY 2018 budget request for the State Department should include continued funding – if not a gradual increase – of what has been a relatively small amount of money allocated every year to the soft power of “cultural diplomacy.”

Roughly defined as the use of an exchange of ideas, traditions, and values to strengthen relations and encourage engagement, cultural diplomacy is perhaps most easily seen in the use of music, arts, and sports to build cross-cultural understanding.

Beyond "Ping Pong Diplomacy" in Asia

Famously, in the early 1970s, an exchange of table tennis players between the United States and China helped pave the way for a visit to Beijing by then President Richard Nixon. Then, it was “ping pong diplomacy.”

Today, it could well be the power of American football or music that helps America and Americans to better connect abroad – and that includes with counterparts in long-time allies, such as here in South Korea. Likewise, the power of South Korea's culture from its rich traditions to the new wonders of K-pop and Korean TV dramas are advancing South Korean interests and "brand Korea."

This February at the Asia Culture Center in the South Korean city of Gwangju, I was honored to join our U.S. Charge d'Affaires Marc Knapper from our embassy in Seoul to support American cultural diplomacy in action. Some 100 participants and their families and communities in Korea came together with a team of dancers from the Battery Dance Company in New York to help build understanding and bridge divides. Gwangju is the 6th largest city in South Korea and the birthplace of that nation's modern democratic movement.

I first came to know Hollander when I served some 15 years back on the bipartisan Advisory Committee on Cultural Diplomacy under U.S. Secretaries of State Colin Powell and Condoleezza Rice. That committee was authorized by the U.S. Congress and established in the aftermath of the 9/11 terrorist attacks, as security concerns led to increased restrictions on travel and greater scrutiny of visitors from some Muslim-majority countries.

I now serve on the Battery Dance international advisory board as part of my own efforts to encourage cultural exchange – and build understanding of the United States.

“Cultural diplomacy becomes a real live thing when you get diverse people into a space together and differences are erased, borders crossed, preconceptions challenged [and] cooperation engendered,” said Hollander. “Both the US and Korea are experiencing social upheaval at the same time. Tensions are high. What does the future hold?”

Perhaps, we should once again look to the past to answer that question amidst new U.S. restrictions on visas and potential temporary travel bans from some countries.

Nearly 12 years ago, in September 2005, the eight-person Advisory Committee on Cultural Diplomacy issued a report to the then-U.S. Secretary of State underscoring the importance of strengthening U.S. engagement internationally as positive perceptions of the United States fell, particularly in the Arab and Muslim world.

Our committee included Republicans and Democrats in the world of academia, culture, business, and government.

The Linchpin of Public Diplomacy

In our report, “Cultural Diplomacy: The Linchpin of Public Diplomacy,” we urged the then-Secretary of State to consider a number of recommendations that would strengthen America’s soft power in the ongoing battle of ideas, and create a cultural diplomacy infrastructure and policy for the 21st century.

As I found later through the Battery Dance Company and other organizations, whether supported by the U.S. government or U.S. businesses abroad as part of their corporate social responsibility efforts, sometimes it is not the career diplomats who are our best American representatives. Indeed, everyday Americans as well as American businesspeople, athletes, entertainers, and performers are often best positioned to convey the vibrancy, the innovativeness, and warmth that is also the United States.

While the mandate and work of our bipartisan advisory committee finished long ago, here are two recommendations we made that are worth revisiting even as U.S. State Department and USAID budgets are possibly reallocated and reduced.

First, we recommended providing advanced training and professional development opportunities for U.S. Foreign Service Officers who are public affairs officers and have responsibility for public diplomacy and cultural diplomacy through their careers. This would include particular attention to upgrading their ability to use research, polling, and new media, including social media. This cannot be "your grandfather's State Department."

Second, we recommended expanding international cultural exchange programs. We sought to underscore the power of open, not closed, doors. At that time, we focused on inviting more Arab and Muslim artists, performers, and writers to the United States, and sending their American counterparts to the Islamic world.

Today, the need for smarter, enhanced U.S. engagement extends around the world, including to the Asia and Pacific region. As China continues to militarize "islands" it builds in the South China Sea – through which much of U.S. trade with the region transits – an opportunity exists for the United States to positively raise its profile through diplomacy as a more responsible power and partner in the region.

Back in 2005, the advisory committee wrote that “cultural diplomacy can enhance our national security in subtle, wide-ranging, and sustainable ways,” and underscored that such diplomacy efforts require a generational commitment of funds, expertise, courage, and time. Those words still ring true.

In 1848, the British statesman Lord Palmerston is said to have commented that nations have no eternal allies or permanent enemies, but only eternal and perpetual interests. Working to win the hearts and minds of reasonable people everywhere remains very much in America’s interests.

Certainly, the challenges of budgets and bureaucracy remain, but it is time for the United States to recommit to diplomacy – cultural, commercial, and educational. As Trump and Tillerson disrupt the staid halls of the U.S. State Department, there should be no ignoring that robust, strengthened diplomacy is good for American security and also makes long-term economic sense.

Note from the CPD Blog Manager: This piece originally appeared on LinkedIn.