Home|Public Diplomacy and Soft Power? No Thanks, It's America First 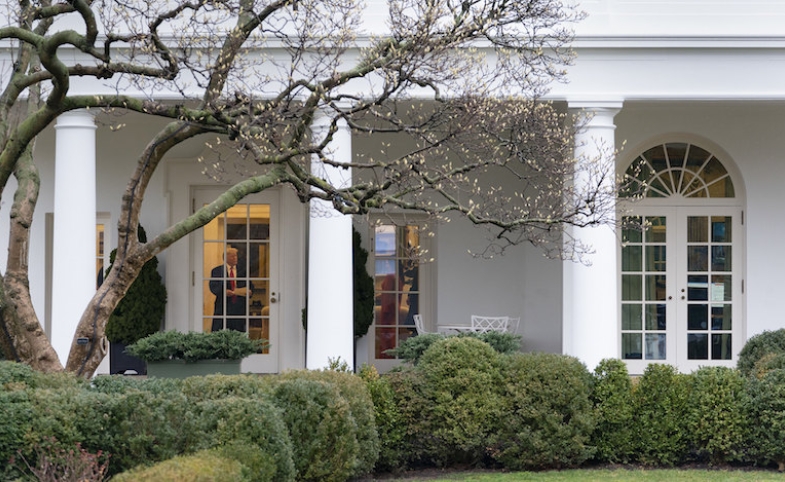 U.S. officials are projecting messages of truth, freedom and human dignity. But overseas publics are likely getting a different impression of the public diplomacy of the United States, and this piece explains why.

Is the Trump administration the first in modern United States history to be oblivious to public diplomacy (PD)? It sounds an absurd question when the PD budget of the U.S. is well over $2 billion and revered programs like the U.S. Peace Corps and Fulbright Scholarships each have annual budgets hundreds of millions of dollars.

Yet America appears no longer interested in building the relationships with and listening to overseas publics which lie at the heart of modern PD. It is not surprising “America First” has little appeal overseas and few will see soft power in a leader who tweets his “great and unmatched wisdom” whilst calling himself a “stable genius.” But there is a wider problem.

The government of the country considered the leading academic powerhouse of PD and the inventor of the influential concept of soft power speaks and acts as if neither matters any more. Both Putin and Xi Jinping see information transmission and manipulation as central to their diplomatic strategies. Their competing views of the world order are increasingly unchallenged by any systematic U.S. PD strategy.

A central message of President Trump’s communication overseas is that individuals—the targets of PD—are irrelevant to his calculations: “The future does not belong to globalists...The future belongs to sovereign and independent nations who protect their citizens, respect their neighbors, and honor the differences that make each country special and unique.” Secretary of State Pompeo has echoed these sentiments: “Multilateralism has too often become viewed as an end unto itself. The more treaties we sign, the safer we supposedly are.” He continued by calling on “the noble nations of the world to build a new liberal order.”

Contrast this with President Reagan’s valuing of the individuals of the world: “These simple people are the giants of the Earth, the true builders of the world and shapers of the centuries to come.”

To characterize the sole actors of international affairs as “nations” each looking after their own interests is not only false, in reality, but also does not reflect America’s interests. The United States cannot determine outcomes on its own. The North Korea issue involves multiple stakeholders but Trump has bilateralized it. The Iran deal was not “Obama’s.” It was a global non-proliferation negotiation with Russia, China and other nuclear weapon states. It was diplomacy showing that the U.S. valued global norms and was a team player.

America’s message should be that the opinions of others matter. Individuals have the minds to form relationships, not only nations.

Another core element of Trump’s PD narrative is bearing a grudge—that "foreigners have been taking advantage of America" The United States casts itself as a defensive, suspicious entity. Again a recipe for PD negativity. And leadership is not on offer to inspire overseas publics, either, as the U.S. is perceived as withdrawing from a leadership role.

Trump’s State of the Union address earlier this month shows that he sees the future of the world as a new “American Age.” He made just one reference to the United States working together with others—the coalition against Nicolás Maduro in Venezuela. The rest was “We are Americans…we are pathfinders…we built the modern world.” No thanks, we don’t need anyone else—we’re just fine without you.

The “image” of the United States is still vibrant, suggesting an unexploited soft power potential if the Trump administration were to send different messages. For example, 80 percent of Swedes in 2018 still approved of the American people.

In its bureaucracy U.S. Public Diplomacy rumbles on. A report by the Advisory Commission on Public Diplomacy in 2018 does not suggest lack of attention or indicate disinterest: “The public component of America’s diplomacy—that is, explaining U.S. policies, communicating ideas, sharing our diverse and historic national experiences, and engaging foreign communities through collaboration and exchange—is increasingly central to the effectiveness its foreign policies.”

Two examples from U.S. history also show why Trump’s disconnect from PD is unwise. The Watergate hearings might have been expected to be a disaster for American PD. Yet the New York Times surveyed overseas opinion in May 1973 and found that “officials and newspapers have expressed admiration for the American system of checks and balances and for the doggedness of a free press in having brought the affair to light.” In spite of the Trump administration’s current PD stance, today’s America is projecting the same messages.

Second, PD was seen as a key element of U.S. national security after the 9/11 attacks. The aim was to reach the individuals—not the states—who had perpetrated the attacks. According to the 9/11 Commission Report, “long–term success demands the use of all the elements of national power: diplomacy, intelligence, covert action, law enforcement, economic policy, public diplomacy and homeland defense.”

PD is not without its problems. Social media platforms are chaotic, overcrowded and an arena of fakeness—but governments cannot afford to ignore it. A unidirectional Twitter feed where “globalism” is a slur is not what American interests require. America’s message should be that the opinions of others matter. Individuals have the minds to form relationships, not only nations. And those relationships help build coalitions to solve shared problems.

Paul Hare
CPD Blog Contributor
Senior Lecturer, Pardee School of Global Studies at Boston University
YOU MIGHT BE INTERESTED IN...