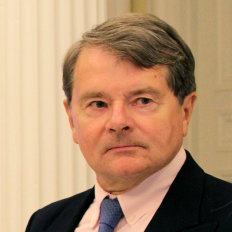 Ambassador Paul Hare served 30 years as a British diplomat, including as the UK's ambassador to Cuba. He is now a Senior Lecturer at the Pardee School of Global Studies at Boston University and has taught a graduate class on PD at Boston University for five years. In 2002, he organized a major public diplomacy campaign in Cuba to mark 100 hundred years of diplomatic relations between the UK and Cuba and was the first project director for the UK presence at the Shanghai World Expo in 2010.