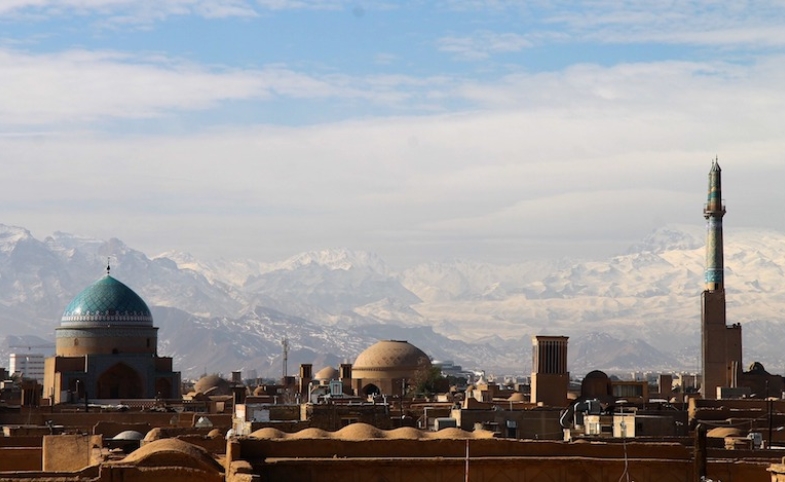 A Failed Attempt at Political Advocacy

Entering the office of Mohammad Reza Shah Pahlavi, my intern and I had no idea of what lay ahead. At the time, I was serving as Managing Director of the U.S. Chamber of Commerce in Tehran.

In the Chamber office, I often declared I was eager to hear the ideas the Shah had regarding business relationships between Iran and the U.S., but I was also eager to realize a long-held desire to interview the reigning monarch of the kingdom that had intrigued me from childhood. The intern had designated Iran as the location for his training, hoping to meet the Shah during his six months in Iran.

The moment we stood before His Majesty, the Shah, we gave a head bow, which we had been told was the proper male greeting when addressing a member of royalty. The Shah asked us to be seated and sat down behind his desk.

I began the interview by saying, “Your Majesty, we would like to thank you for taking the time to talk with us. Our Chamber members are very eager to hear your ideas regarding the future of Iran-U.S. relations, particularly commercial relations.”

As I posed the questions of interest to U.S. business people active in Iran, the Shah’s attention seemed to be diverted. His answers to my questions became increasingly vague. I interpreted his apparent preoccupation as a lack of interest in the topics under discussion.

Halfway through the interview, the Shah suddenly posed a question that caught me completely off guard: Would I be willing to represent him and the interests of Iran to President Jimmy Carter?

I swallowed several times, glanced at my intern and asked, “Your Majesty, what interests do you have in mind?”

After a long hesitation, the Shah replied, “I can’t seem to discover how to work with President Carter. After the initial encouraging remarks during his New Year’s Eve visit to Tehran in 1977, he has not communicated with me at all. I am willing to abdicate in favor of the Crown Prince and support the election of a prime minister, but I feel I will need the support of the United States for such a move.” He expressed the fear that an Iranian government-sponsored effort to influence the U.S. Department of State or public opinion toward his proposal would met with considerable negativity.

After only seconds, I uttered, “Your Majesty, I will consider it an honor to represent your interests and concerns to President Carter. Let’s hope the results will be positive.”

As the intern and I left His Majesty’s office, I could hardly contain my excitement. I would be representing the reigning monarch of the ancient Kingdom of Persia (Iran), an honor I had never thought possible but had dreamed of for many years. I realized that by requesting my services the Shah was attempting to use “back-channel diplomacy” (rather than public diplomacy) to keep his proposal discreet, but I remained totally ignorant of the attitudes of individuals engaged in the centuries-old tradecraft referred to as public diplomacy related to Iran at that moment in time as well as the back-channel diplomacy planned by U.S. representatives and even Ayatollah Khomeini. I would soon learn that naivete could result in humiliation.

Even though my brief foray into international diplomacy failed, I benefitted from a number of takeaways which are etched in my memory.

U.S. Ambassador William Sullivan’s office graciously arranged for me to meet with President Carter at my request; the confirmation gave me hope that my mission was being considered an acceptable back-channel effort and a legitimate means of reaching out to members of the U.S. Department of State to gain support for negotiating the Shah’s proposal through regular diplomatic channels.

I flew to Washington, D.C. and prepared for what I thought would be a momentous meeting, but the morning I was to go to the White House I received a telephone call from the President’s office to the effect that Mr. Carter had been called away and had requested that I meet with the Iran Desk Officer at the U.S. Department of State. I made an appointment with the Desk Officer for the next day.

The following day at exactly 2:00 p.m., the Desk Officer’s secretary ushered me into the Officer’s inner sanctum with a short, “Good afternoon, Mr. Burroughs. How are you today?”

The Desk Officer didn’t offer to shake my hand, nor did he ask me to be seated. When I began to tell him about my meeting in Tehran with the Shah, he scowled and immediately interrupted me with this question: “Aren’t you aware that you have no business interfering with or attempting to influence the U.S.-Iran alliance? You’re mixing back-channel diplomacy with government-sponsored public diplomacy, and in this instance your effort is doomed to failure.”

I attempted to respond by saying, “The Shah realizes he is proposing the establishment of a constitutional monarchy a little late but thought it might still be possible with the support of the United States Government. He feels that the establishment of a constitutional form of government will help Iran avoid what he fears may be an extremely autocratic government takeover.”

The Officer did not respond to my statement but merely said, “You are out of your element and should be minding your own business rather than attempting to interfere in international affairs. That’s all I have to say. I have to get to my work.”

Without another word, the Officer walked to his desk and sat down. He completely ignored me, letting me know in no uncertain terms that I was not welcome in his office and should leave immediately.

It was obvious the Desk Officer, and perhaps others in the Department of State, considered the Shah a “has-been” rather than a sincere, threatened head of state. I could not, I realized, change the minds of the group of diplomats represented by the Desk Officer.

Just prior to the outbreak of the Islamic Revolution both Ambassador Sullivan and Ayatollah Khomeini used back-channel diplomacy to promote their objectives. Ambassador Sullivan entered into conversation with Khomeini representatives in Tehran about the Ayatollah’s return without the knowledge of the White House. Washington tolerated the ambassador’s deviation from public diplomacy and didn’t punish him for his actions. Perhaps, in this instance what appeared to be back-channel diplomacy was in reality public diplomacy secretly administered.

According to an article written by Kambiz Fattahi and titled, “Two Weeks in January: America’s Secret Engagement with Khomeini,” Ayatollah Khomeini himself sent a letter from his home in exile to President Carter, asking Mr. Carter to help control the Iranian military leaders. The Ayatollah admitted that the military leaders would listen to the Americans more readily than they would to him.

My attempt at back-channel diplomacy failed. U.S. Government back-channel diplomacy such as Ambassador Sullivan’s quiet conversations with Khomeini supporters in Iran without the knowledge of the White House as well as the State Department’s bias against the Shah I experienced during my brief time with the Iran Desk Officer contributed to the failure. The results were the Islamic Revolution and the establishment of the Islamic Republic.

Even though my brief foray into international diplomacy failed, I benefitted from a number of takeaways which are etched in my memory. Prominent among those takeaways are the following:

Catching Up with Elizabeth McKay

Did you know that CPD Senior Visiting Scholar Elizabeth McKay has 35 years of diplomatic experience? Since joining the U.S. Information Agency (since merged in to the State Department) in 1985, she has served all over the...

Quid pro quo and impeachment politics have dominated topline news in the United States. For federal employees, including foreign and civil service officers in the U.S. diplomatic community, it is challenging to remain...