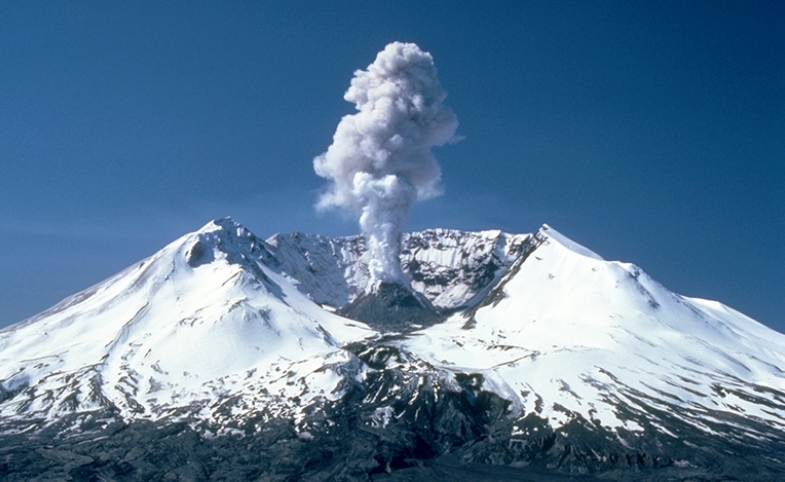 Like Italy in AD 79 when the eruption of Mount Vesuvius ejected a cloud of stones, pumice and volcanic ash, the United States experienced a diplomatic eruption in 2016, which challenged the foreign policy establishment and suggested a different direction for U.S. diplomacy. In 2020, a second eruption occurred, creating a danger zone for at least some of the developments brought about by the first eruption and suggesting a possible reversal in U.S. diplomatic policy that followed the 2016 eruption. Together, these eruptions have introduced uncertainty about the future of U.S. diplomacy and the conduct of U.S. foreign policy.

Former U.S. President Donald Trump triggered the first diplomatic eruption with his declaration of the ‘America First’ foreign policy, which marked a profound departure from traditional American leadership in diplomacy.

Traditional diplomacy had focused on the advancement of human rights, the understanding of American values and the support of government officials through cultural exports and foreign policy. National reputation and relational strategy received regular attention.

The ‘America First’ policy introduced a diplomatic reorientation, at least in theory. It emphasized the U.S. withdrawal from international treaties and organizations and discouraged involvement in foreign conflicts. It encouraged the cessation of world policing and the protection of America from outside threats. It put the interests of Americans and their security first.

The policy of putting ‘America First’ helped Trump enjoy major accomplishments as president. In the Middle East, he recognized Jerusalem as the capital of Israel and moved the U.S. embassy to that location. He brokered peace agreements between Israel and several Arab nations and secured a several-billion-dollar increase in U.S. defense spending. Prior to COVID-19, he promoted economic growth and increased employment.

Presidents Trump and Biden have had divergent foreign policies and diplomatic objectives, but both have encouraged diplomatic eruptions that may plague the United States for years to come.

As president, Trump also made some very controversial decisions and behaved in ways that hearkened back to ancient times. In 2018, he unilaterally withdrew from the JCPOA aka the Iran Nuclear Deal and imposed sanctions on Iran. He removed the U.S. from the United Nations Human Rights Council because of his perception of the Council’s strong anti-Israeli bias.

Trump’s behavior revealed much pride, little tolerance for other people and their opinions, and uncontrolled anger. He often lashed out at reporters and often disparaged competitors and individuals for whom he had little, if any, respect. The negative decisions and his display of excessive pride at times prompted questions about Trump’s authenticity and prompted the release of verbal and behavioral pumice and ash that clouded international relations and resulted in a negative diplomatic eruptions both at home and abroad.

In 2020 Joe Biden defeated Donald Trump in his reelection effort with the promise to reestablish America’s place in the world. Biden vowed to reaffirm any ties that Trump had strained or broken with allies. He declared he would avoid diplomatic eruptions. He expressed a determination to provide effective and respected leadership.

While the Biden intentions seemed noteworthy, the policy execution has been very disappointing. The U.S. seems less respected on the world stage; American security and prosperity appear even less secure than under the Trump administration. The policy execution has prompted a diplomatic eruption with such a volume of rocks, pumice and ash that America’s leadership remains in constant question.

The withdrawal from Afghanistan proved to be a total disaster. Millions of dollars of U.S. military equipment remain in the possession of the Taliban. A significant number of U.S. personnel died without reason during the exodus; hundreds of pro-American individuals were left behind and experienced a long struggle in their attempt to leave the country. The exit represented a total military and diplomatic failure.

The situation at the U.S. southern border has caused a particularly large diplomatic eruption with enough political ash to cover the entire border for months. Illegal immigration has become a monumental difficulty with no abatement in sight. The eruption has caused major problems in drug and human trafficking. The U.S. is much less a national entity than before the surge of undocumented immigration.

Many Americans seem to feel that the global influence of the United States has declined but remain divided concerning the role the United States should assume when dealing with other countries. They believe America is less respected abroad today than in the past. Pew Research Center, a non-partisan think tank that researches social issues and public opinion, however, has reported that a majority of citizens of 17 countries surveyed earlier this year say that the United States functions as a reliable partner despite the low rating they give the U.S. political system.

Presidents Trump and Biden have had divergent foreign policies and diplomatic objectives, but both have encouraged diplomatic eruptions that may plague the United States for years to come. The political rocks, pumice and ash that have fallen on U.S. diplomacy because of the eruptions will continue to have a negative impact on, or at least threaten, U.S. influence internationally.

The Biden Choice on USAGM: Business as Usual, or Major Change

Several years ago, I wrote about ongoing problems at Voice of America and its parent agency, which re-branded in 2018 as the U.S. Agency for Global Media (USAGM), and how Donald Trump would deal with them. I suggested...