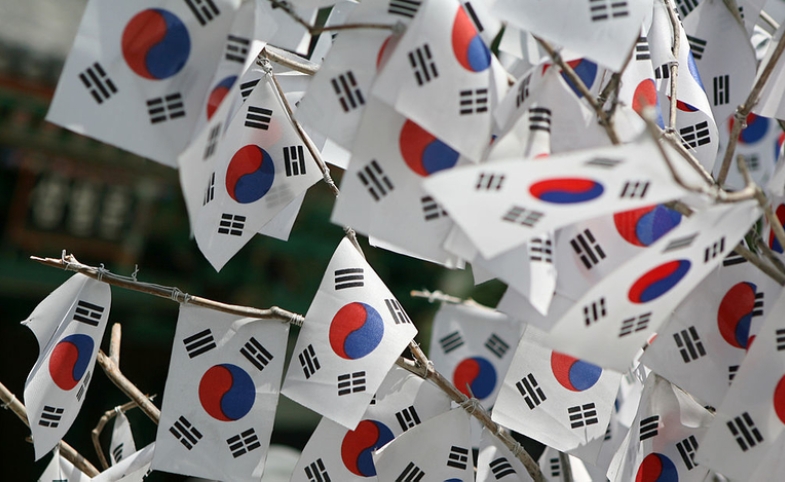 The role of people when it comes to the bond between nations cannot be ignored.

The New Southern Policy is a newly established foreign policy initiative under South Korea's President Moon Jae-in. Its objective is to diversify the political and diplomatic risk of great power dependency by improving closer ties with the Association of Southeast Asian Nations (ASEAN) and India. To achieve this, Moon pinpoints “three Ps:” people, prosperity and peace.

As the New Southern Policy is currently in the process of policymaking, on July 3, the Korea National Diplomatic Academy summoned the first international conference, “Korea’s New Southern Policy: Visions, Strategies, and Ways Forward,” to introduce policy priorities as well as to receive feedback. Seemingly, only a few scholars touched upon the promising role and function of people in maintaining and nurturing South Korea's relationship with ASEAN and India. Thus, there is an urgent need to reinforce the association of people in policy practice.

This piece proposes four key public diplomacy strategies to construct a genuine and long-lasting relationship between South Korea and ASEAN plus India. This bond will be activated by two-way symmetrical communication and engagement. The following goals should be set to serve this vision: mutually enhancing national image through rich cultural assets, promoting correct mutual understanding, creating a friendly strategic environment for policy formulation, and strengthening public diplomacy capacity and collaboration. These ambitions are remodeled from the First ROK’s Basic Plan on Public Diplomacy (2017-2021).

As a first step, South Korea should identify specific audiences and strategic stakeholders. Recognizing them will assist policymakers’ determination on appropriate and relevant measures. My conception of the quadrant of ASEAN-Korea public diplomacy target groups will be beneficial. The categorization consists of Koreans living in South Korea, ASEAN living in South Korea, Koreans living in ASEAN, and ASEAN living in ASEAN. Public diplomacy programs for Koreans and ASEAN nationals living in their home countries should aim at mutual recognition of ASEAN-South Korea relations. Also, both Korean and ASEAN governments should engage migrants within their societies. All of them have great potential to be soft power agents with different aspirations.

Second, South Korea should better convert the popularity of K-pop into soft power among ASEAN and India, both of which have expressed keen interest in K-pop events since the 2000s. Various K-pop stars were tremendously received by a large number of fans in several ASEAN countries. Similarly, many ASEAN and Indian people spend their vacations in South Korea after having absorbed the Korean way of life from Korean TV dramas. The number of ASEAN and Indian students studying in South Korea is increasing. People-to-people connectivity has been immensely fostered by the presence of K-pop in the region.

These first two strategies reflect a robust foundation for South Korea’s public diplomacy but are still underdeveloped for advancing foreign policy agendas. As far as I am concerned, the Korean government has already carried out numerous programs for Koreans and ASEAN nationals within South Korea.

In response, I point to a pilot program that should be leveraged to serve these interests: the “New Southern Policy’s Goodwill Ambassador/Public Diplomat.” Korean and ASEAN students will be selected to work in pairs or teams to promote the New Southern Policy in each ASEAN country. Throughout the project, they will confer with policymakers, academics, university students, business entrepreneurs, multicultural families, media and general publics. Priorities such as foreign policy about the Korean peninsula can be incorporated into this process. The final result will be policy recommendations and public sessions that tell the story of bridging nations through people. Similar programming is being developed for India.

To employ these strategies effectively, I strongly recommend the third strategic component: South Korea must establish leadership to coordinate policy changes related to Korea’s public diplomacy in ASEAN and India.

The ASEAN-Korea Centre (AKC) is best positioned to manage and communicate these activities due to its professional experience in supervising youth exchanges, arts and culture programs, trade and investment promotion, capacity building, networking with regional and national media agencies, and allocating information and data to the government.

This kind of institutional arrangement is not new to the Korean government. Last year, the government convened a joint committee to devise the “Basic Plan on Public Diplomacy” in order to adhere to the Public Diplomacy Act. Under this arrangement, the AKC could identify priorities and how to achieve missions. Additionally, the AKC can collaborate  with other prominent organizations in both South Korea and ASEAN, such as the ASEAN Secretariat, the ASEAN University Network, the Korea Foundation, the Korea Institute of Southeast Asian Studies, Seoul Metropolitan Government and others.

Now, South Korea should develop foreign public outreach via digital platforms. For example, the president tweeted congratulating messages in both Korean and English to Thailand for its success and leadership in the rescue of  12 boys and their soccer coach from the Tham Luang cave. This action boosts appreciation of South Korea to Thai K-pop devotees.

Most Koreans’ reactions to the president’s social media posts are very positive. For them, Moon’s messages express his human side through a perceived "warm heart and sincere prayer." A similar comment was reflected by a foreigner.

Still, some Koreans openly question the implications of domestic politics and past incidents, especially the role of the former president and the Sewol ferry incident. It is essential to capture the opinions of domestic audiences, particularly those under full-fledged democratic rule like South Korea, where public opinion influences policy change and continuity. Focusing on reciprocal advantages for all sides is critical.

I believe these four strategies comprising the identification of exact audiences and strategic partners, altering K-pop marketability into soft power, mandating AKC as a control tower and digital dialogue are essential to the success of a people-oriented New Southern Policy.

Future generations will see our footprints and shape a plan for the path ahead. The New Southern Policy Goodwill Ambassador/Public Diplomat Program will underline a two-way symmetrical approach of how to be mutual strategic partners, the desire for which we dare to dream and care to share not only for better relations, but for a better world.