Home|Public Diplomacy Matters for the Future of ASEAN 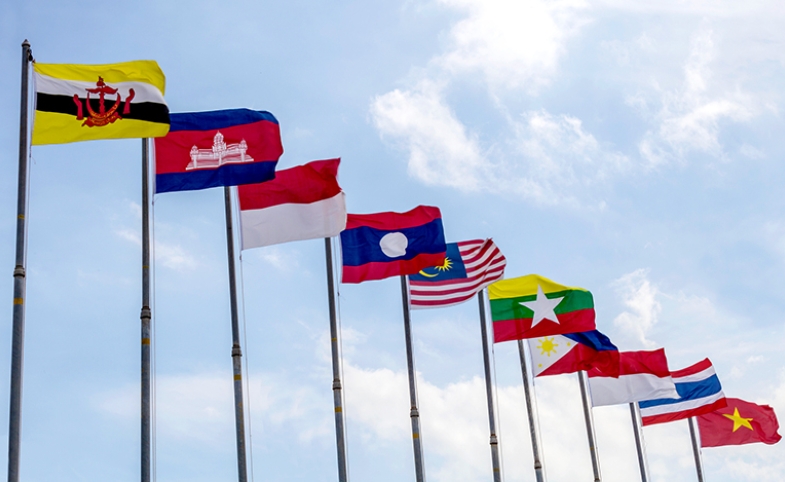 Note from the CPD Blog Manager: The views expressed in this article are the author’s own and do not represent those of the Royal Thai Government or the Ministry of Foreign Affairs of Thailand.

The world has witnessed the rise of new media as well as the role of non-state actors in conducting diplomacy and international affairs. ASEAN is not exceptional.

The Community Amid Global and Regional Uncertainties

One of the key external challenges toward the building of ASEAN Community is a continuously intensified strategic competition between the United States and China. According to David Shambaugh, a renowned scholar on China studies, the region is “where great powers meet.” In my opinion, there is a tendency that the two countries will compete in many dimensions to maintain their influence, including the execution of soft power resources and public diplomacy to win the hearts and minds of ASEAN people. Reflecting in the State of Southeast Asia: 2021 Survey Report, the respondents rank “becoming arena and proxies of major power competition” as their second main concern following the COVID-19 pandemic.

An additional challenge is an internal one: a sense of purpose in advancing the core value of “people-oriented as well as people-centered Community.” An example is the case of political developments in Myanmar. Recently, the leaders of ASEAN member states gathered in Jakarta. They put forth the “immediate cessation of violence” in their concurred Five-Point Consensus. The leaders also underscored "ASEAN Centrality," the mantra that has nurtured the relevance of ASEAN beyond and within the region for a long time. To overcome these challenges, it is essential for member states to leverage ASEAN Centrality by engaging international audiences as well as ASEAN peoples.

Public Diplomacy as a Component of ASEAN

Although the word “public diplomacy” is not explicitly stated in respective working documents, the ASEAN Charter (Article 1, 13) encourages “all sectors of society to participate in, and benefit from, the process of ASEAN integration and community building.” The concept of “People-to-People Connectivity” has been regarded in all Master Plans on ASEAN Connectivity. The ASEAN Secretariat has also developed comprehensive and practicable guidelines, namely the ASEAN Communication Master Plan II (2018-2025) (ACMP) to increase awareness within the region. Aiming at constructing “A Community of Opportunities for All,” the ACMP identifies a communication approach pursuant to four different target groups, referring to those who are: 1) knowledgeable, 2) somewhat aware, 3) have low awareness and 4) have zero awareness.

Asia will be much more important to global development than it was before.

In 1997, the ASEAN leaders established the ASEAN Foundation to promote “ASEAN awareness through people-to-people interaction and collaboration with ASEAN stakeholders.” The Foundation has implemented more than 20 initiatives, including capacity-building as well as awareness-raising activities, such as the ASEAN Foundation Model ASEAN Meeting, ASEAN Data Science Explorers, KONNECT ASEAN (people-to-people exchange in the arts sector), ASEAN Youth Social Journalism, Reporting ASEAN, Social Sabbatical and Volunteerism and ASEAN CARES (a vulnerable groups support program). These programs have reached over 17,000 youths across the region.

A policy report titled, “ASEAN Vision 2040: Towards a Bolder and Stronger ASEAN Community” reaffirmed the need to reinforce people-to-people engagements. It called for the need to “engage its peoples more deeply in its integration, community building and structural reform agendas.” The report also mentioned the ASEAN peoples’ aspirations and expectations, resulting from a survey conducted by the Economic Research Institute for ASEAN and East Asia (ERIA) and revealing that ASEAN peoples aspire to see three outcomes:

Paving the Way for the Future of ASEAN

To achieve the expectations of ASEAN people, it is important for ASEAN to employ public diplomacy strategies.

I suggest the following ideas about prioritized activities to promote ASEAN Centrality within and beyond the region. Within ASEAN, the ASEAN Foundation has devised a number of programs that are useful for raising awareness and connecting people both on-site and online. What is necessary for the next step is to engage different strategic stakeholders and expand the scope of peoples from all generations by arranging the “ASEAN Hackathon” or a collection of ideas from peoples across the region on how ASEAN nationals can contribute to the better future of ASEAN, as well as promoting the organization through a monthly or bi-weekly online gathering for the ASEAN youth generation to discuss developments in the region.

ASEAN has been well-positioned to attract cooperation from its international partners. I would like to encourage ASEAN nationals or students living outside of ASEAN to set up the ASEAN Roundtable or another platform to engage ASEAN nationals together and disseminate the stories of ASEAN countries to other countries.

Moreover, I encourage the ASEAN Secretariat to establish the ASEAN Plus Three (ASEAN+3) Public Diplomacy Network with the People’s Republic of China, Japan and the Republic of Korea. This network can be a platform of knowledge and experience-sharing between the two sides. Public diplomacy is an issue that is relevant and useful for the conduct of foreign policy and international affairs. It will help the three countries seek some solutions and foster the trust-building process to strengthen trilateral cooperation. Asia will be much more important to global development than it was before. The ASEAN+3 Public Diplomacy Network will pave the way not only for ASEAN but also for the region as a whole.

Public diplomacy matters for the future of ASEAN. The success of the ASEAN community-building in the next 20 years will depend on how member states engage various stakeholders.

It seems irrelevant to imagine “traveling” amid the COVID-19 crisis, but “How to Pack for Travel” was—and still is—classic online content. Packing strategically is about making a compromise and focusing on essentials. “What...