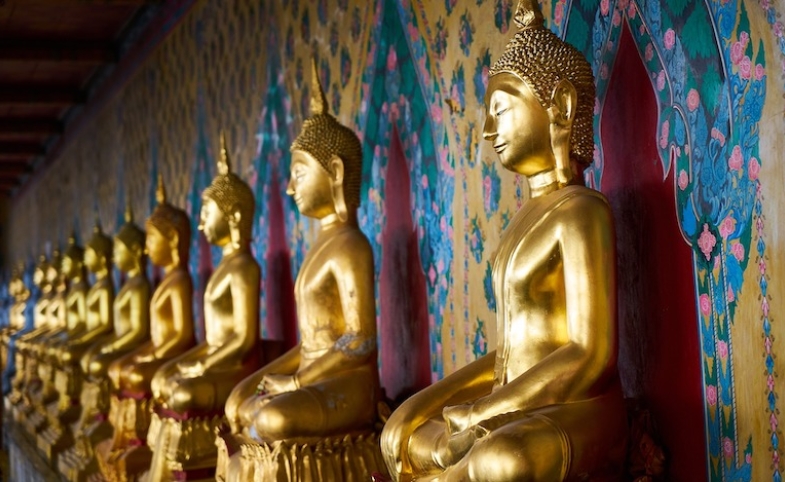 It seems irrelevant to imagine “traveling” amid the COVID-19 crisis, but “How to Pack for Travel” was—and still is—classic online content. Packing strategically is about making a compromise and focusing on essentials. “What is your must-have travel gear?” “What is a travel-friendly item?” “Are the items actually practical for the destination?”

A country’s preparation for cultural diplomatic activity in a foreign land in some ways is very similar to a person’s preparation for a trip abroad. Both involve an art of careful selection. A country can have a great deal of cultural symbols representing herself. It is impossible to “export” all of her beautiful culture, customs and etiquette to demonstrate herself. Therefore, during the planning process diplomats have duties to curate, “what a country can put in her bag,” and “what to leave behind.”

Thai Festival is a public diplomacy practice that aims to enhance Thailand’s national image in a positive way. The activity is generated by the Thai Ministry of Foreign Affairs (MFA), including the embassies and consulates, in collaboration with the public and private sectors. It is an opportunity to form desired attitudes of foreigners through cultural performances and showcase of Thai products and services. This article investigates the export of Thainess through Thai Festivals in three Asian countries: Vietnam, India and South Korea. Even though they are all countries in Asia, the components of their Thai Festivals were not similarly curated.

Vietnam held her 2019 Thai Festival under the theme of “Big Impact, Thai Festival 2019: Local Best, Global Taste,” which conveyed the idea of paving channels to introduce quality products and services from the local community to the international marketplace. Vietnam is an economic opportunity for Thai local entrepreneurs to look internationally for new possibilities.

The 2019 Thai Festival in Hanoi seized the opportunity arising from the new frontier of the Southeast Asia market. The festival gave Thai locals access to the emerging market, where retail consumers had high purchasing power, high demand of good products with reasonable prices, and high interest in local cuisine, spices, seasonings and herbs. There was a demand for Thai ingredients, so the Thai Festival filled that gap by advertising its Thainess as a kind of “Kitchen of the World.”

Another gap the Thai Festival addressed was hospitality in health and wellness. Hospitality is one of the demands that stands out in Vietnam, and Thailand has long prided herself as an excellent provider in medicine and wellness. Health specialty that comes with a fair price is part of Thailand’s ambition to become a hub for medical and wellness services, and Thailand did not hesitate to project this promising image in Vietnam. 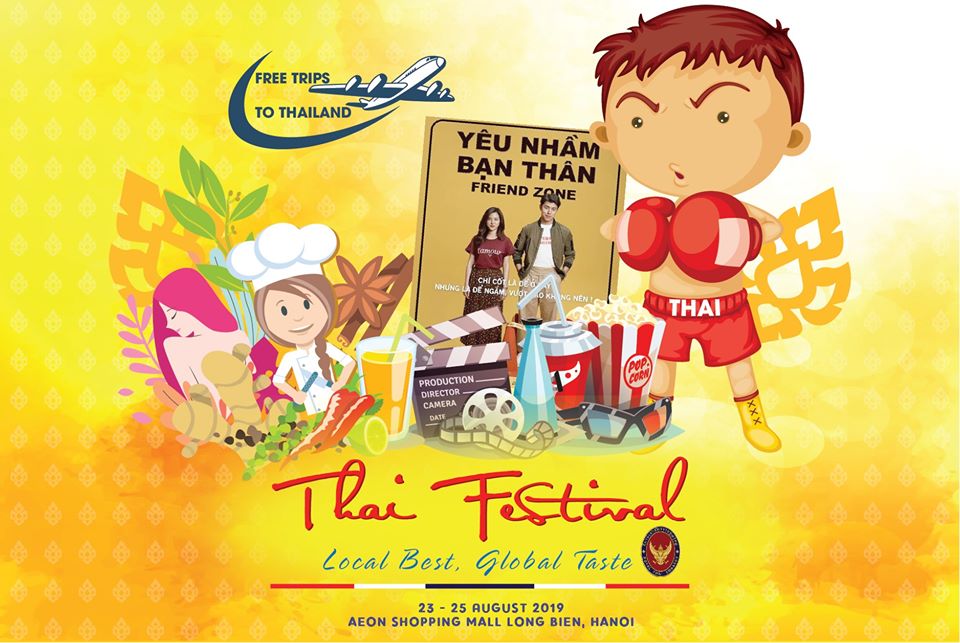 Diplomatic relations between India and Thailand have been described as deep-rooted and longstanding. It is indisputable that there is a historical connection between the two countries. The 2019 Thai Festival in Kolkata, therefore, emphasized retaining this relationship, especially people-to-people linkages between Thailand and Eastern India.

The festival featured a traditional Thai costume called “Raja Pattern,” meaning King Rama V’s style. King Rama V devised this attire during his visit to India in the mid-19th century. The regal attire has a white Nehru-style jacket as top and Dhoti as trousers. In fact, it was a dressmaker from Kolkata who tailored the first Raja Pattern for the king.

Other than weaving a stronger bond between two countries by accentuating a rich heritage, this Thai Festival also publicized “Amazing Thailand” by inspiring people to visit or multiply their visits to Thailand. With an enormous population, it is a common saying that Indian travel enthusiasts are the future of Thai tourism. This Thai Festival was a launching event for Thai Smile Airways, a regional carrier of Thai Airways, which scheduled to open its first Kolkata-to-Bangkok direct route at the end of March 2019 and expected to provide ample number of flights each week. The introduction of new flights and a hassle-free visa clinic by the MFA were engaging invitations to come and explore the beautiful landscapes of Thailand.

South Korea’s creative and innovative cultural sensation is a world phenomenon. “So Thai Festival 2019,” in Seoul attempted to prove that contemporary Thainess is also lively, trendy and vivid.

Thainess in a modern sense is unlimited, hybrid and imaginative. These features match with the lifestyle of Korean people perfectly, so the Thai Festival chose to reflect these notions through contemporary and graffiti artworks and Thai electronic dance music. One of the well-received performances was a live concert: a mother-daughter collaboration in which the mother sang Thai folk music in a traditional manner, while her daughter sang an upbeat version.

Contemporary Thainess is a combination between traditionality and modernity, and this merger also means giving respect to past successes but not dwelling in it. Similarly, in terms of tourist destinations, Thailand is more than just about beaches and mountains. Mainstream provinces such as Phuket and Chiang Mai have long brought prosperity to the country, but it is about time for previously overlooked provinces in Northeast Thailand like Kalasin to shine. Tourists would be surprised that, although Kalasin is without famous beaches and mountains, the province has picturesque landscapes and archaeological treasures for tourists to explore. 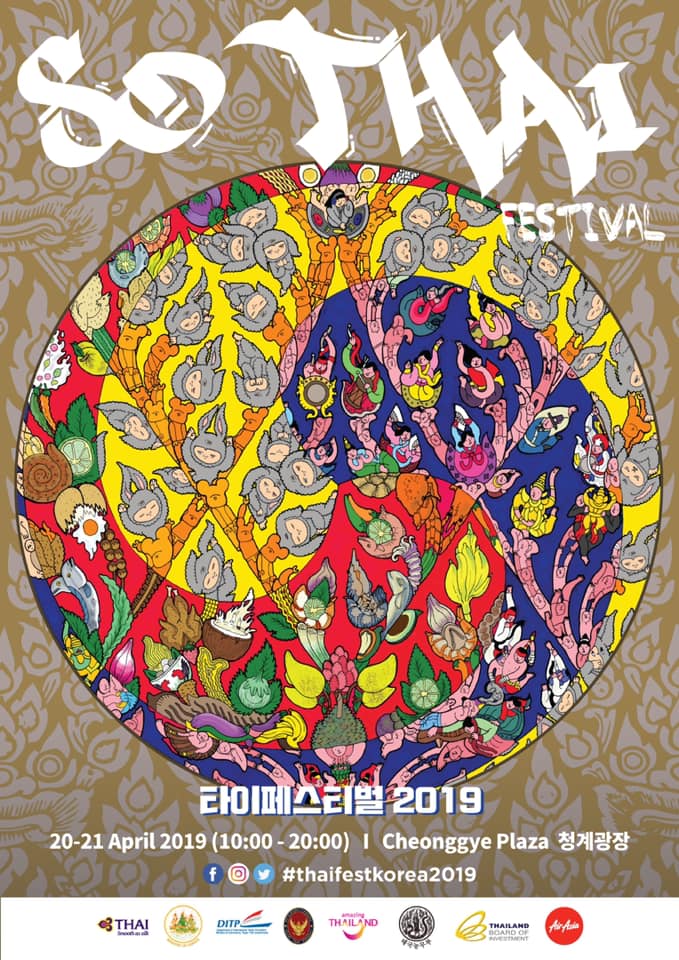 Amid the COVID-19 outbreak, the authors think that Thailand’s MFA should take this as an opportunity to turn its in-person Thai Festival into an online platform.

As Thailand packs its bag differently for different countries, many shades of Thainess—delicious food, world-class hospitality, stunning scenery and modern vibe—are brought out for foreign eyes. Like a human who has to pack according to the weather and reason for travel, a country should also be dynamic in the making of her identity when trying to win the hearts and minds of people.