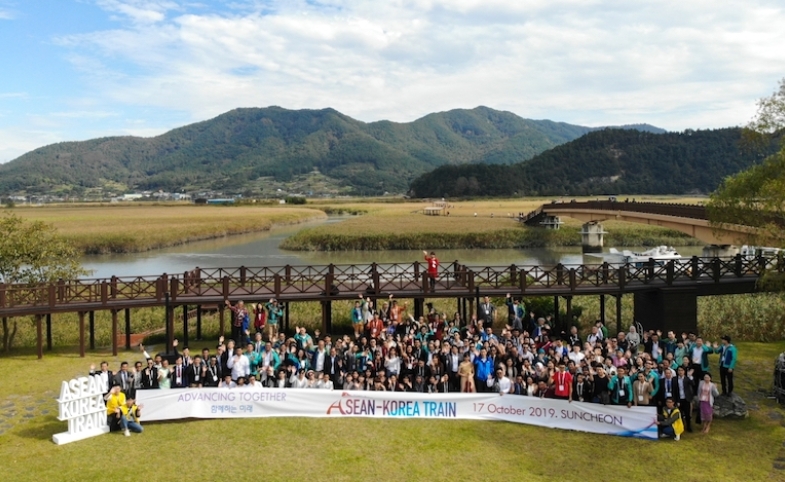 The CPD Blog has covered various case studies on countries’ public diplomacy. However, the practice at the organizational level is rarely examined.

The year 2019 marks the 30th anniversary of South Korea and ASEAN relations as well as the first decade of the ASEAN-Korea Centre (AKC). Since its establishment in 2009, the AKC has initiated a number of educational and cultural programs. In his greetings, Secretary-General Lee Hyuk emphasizes that the AKC will take action to reinforce “a lasting and genuine partnership” between ASEAN and Korea with three main expected outcomes: the foundation of a closer community, innovation and creativity-driven economic growth, and strong connections of people’s hearts and minds.

Undoubtedly, the AKC has been one of the key players in President Moon Jae-in’s New Southern Policy (NSP), aiming to build closer ties with ASEAN in all dimensions. One objective of the policy is to construct a “community of people” with “greater mutual understanding through an expansion of exchanges.” This article, therefore, investigates the role of the Centre in expanding these associations between ASEAN and the Korean people through the Centre’s concepts and practices in conducting programs. They can be categorized as “3 Is”: introducing, institutionalizing and inspiring.

Introducing ASEAN to the Korean Public

In 2018, the Centre released research on the perception of ASEAN by Koreans by analyzing big data on online platforms and social media. This research indicates some relevant findings to the aforementioned goal of the NSP. First of all, Koreans are familiar with the term “Southeast Asia” rather than “ASEAN.” Second, issues related to economics and investments are areas that Korean people were looking for when searching about Southeast Asia and ASEAN. Third, it is likely that the overall Korean perception has been shifting from “discrimination” to “difference” between the two sides. These findings reveal the positive developments of how Koreans perceive ASEAN.

The AKC applies these results to formulate its programs. Since 2018, the AKC has introduced a number of lecture series by presenting the positive outlook of ASEAN and its member countries to the Korean public. Some of the organized themes include “The Road to ASEAN Market” and “Multiculturalism and Diversity.” The AKC also arranged special lectures in collaboration with partnering organizations such as the Korean Association of Thai Studies to celebrate special occasions, including the anniversary of diplomatic relations. In addition, the Centre has generated the ASEAN School Tour Program to offer Korean students “the opportunity to experience cultural aspects of ASEAN member states and give a glimpse of what a potential career at an intergovernmental organization could look like.” 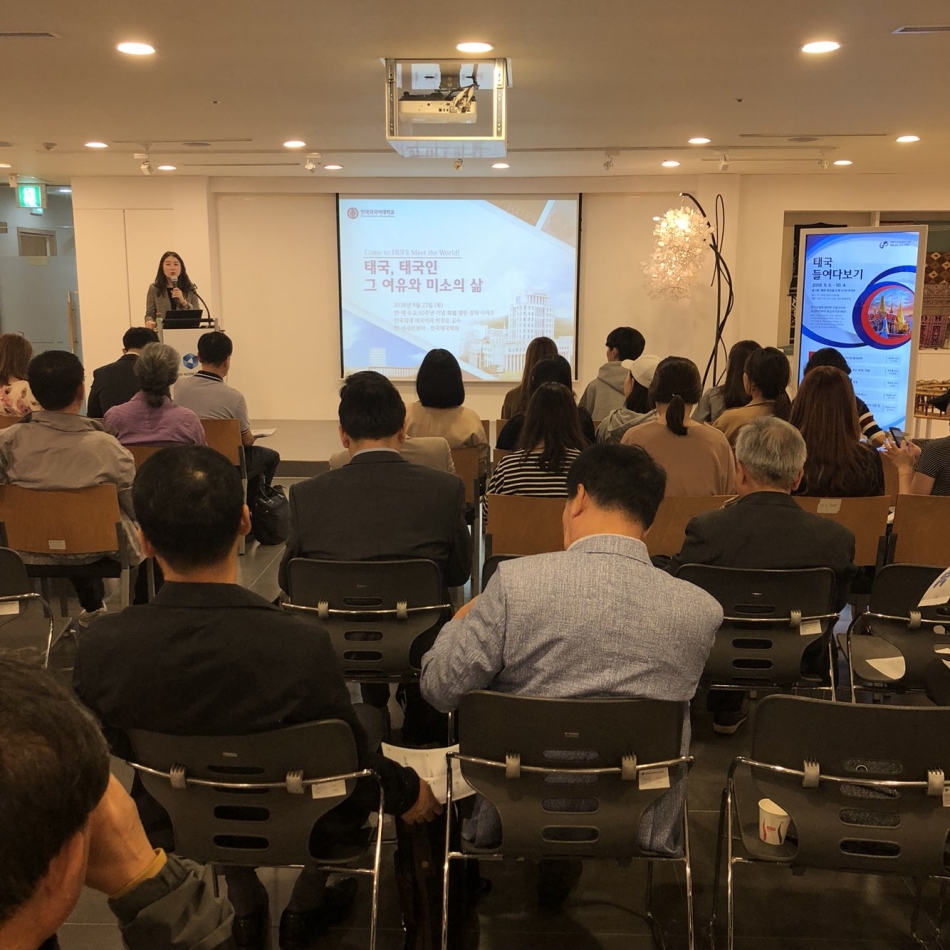 A lecture on “Lifestyle of Thai People”

To consolidate the connections between ASEAN and Korean youth, the AKC has executed the ASEAN-Korea Youth Network Workshop since 2012. In the 5-year Program Report, the AKC selected key areas of cooperation stated in the ASEAN-ROK Plan of Action to Implement the Joint Declaration on Strategic Partnership and set them as the main theme. The first theme for 2012-2017 concerned environmental protection and sustainable development. In 2018, the AKC continued the program by shifting the topic to human resources development, particularly youth empowerment. Interestingly, the Centre implemented a three-step approach consisting of building networks among the participants, promoting deeper understanding of the topic, and realizing other participants’ potentials to be a future partner in the workshops. The Centre employs diverse strategies, including lectures, teambuilding, discussions and cultural activities to accomplish the three-step approach.

Apart from the formation of a youth network via the annual workshop, the AKC has played an essential role in establishing and nurturing the ASEAN Youth Network in Korea (AYNK) and the Council of ASEAN Professors in Korea (CAPK). The construction of these two mechanisms reflects the AKC’s endeavors to institutionalize ASEAN people connections in South Korea and to engage them as strategic stakeholders. Moreover, the AKC has provided institutional support to the ASEAN Roundtable at the Graduate School of International Studies, Seoul National University. This roundtable is a public diplomacy platform aiming to promote ASEAN studies in Korean universities. It is also expected to be a pool of university students’ interests in fostering ASEAN-Korea relations. 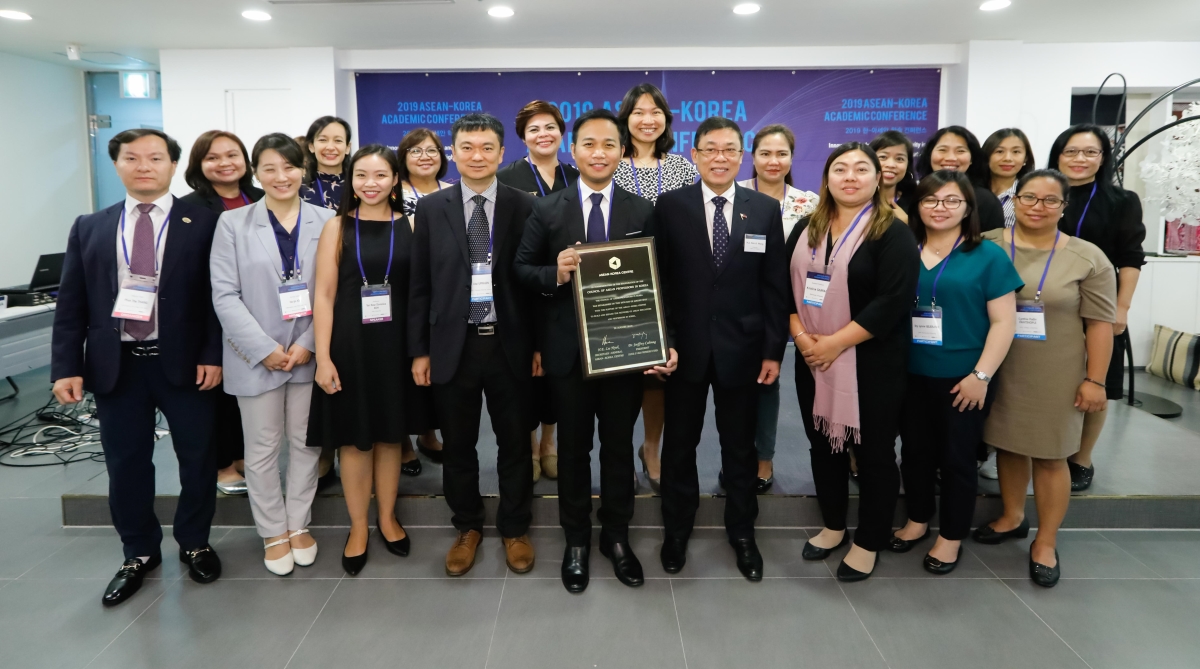 On October 15-18, the AKC organized the largest event ever since its establishment in order to commemorate the 30th anniversary of South Korea and ASEAN relations and the 10th anniversary of the AKC. This event is known as the ASEAN-Korea Train. Inviting 200 representatives from all ASEAN countries and South Korea, the AKC implanted the concepts of the NSP and the strengths of Korea’s public diplomacy in the hearts and minds of the participants. Throughout the four-day program, they had great opportunities to make new friends from different sectors and different countries. They also were entertained by professional ASEAN and Korean artists as well as the beautiful scenery of Korea and its tasty food. More importantly, the participants were warmly welcomed by the mayors or high-level officials of the five major cities, including Gyeongju, Busan, Suncheon, Gwangju and Seoul.

A key deliverable from this project is tons of news coverage on the event, stressing the importance of ASEAN-Korea relations and the role of people in strengthening the partnership in all dimensions. A Bruneian student said in an interview with Asia News Network that this event enabled her to realize the potentials of her countrymates. A Thai participant also opined positively in Korea JoongAng Daily, “it is important for people to know Korea has more than K-pop and movies.” Another Filipina, who has been living in Korea for more than eight years, also expressed her view of how Korea is very special to her as she met her husband and was proposed to for marriage in Korea. As Secretary-General Lee Hyuk concluded, this program pointed out that people call for “people-centered peace and prosperity.” Citizens could play a key role in building mutual trust and friendship between ASEAN and Korea. 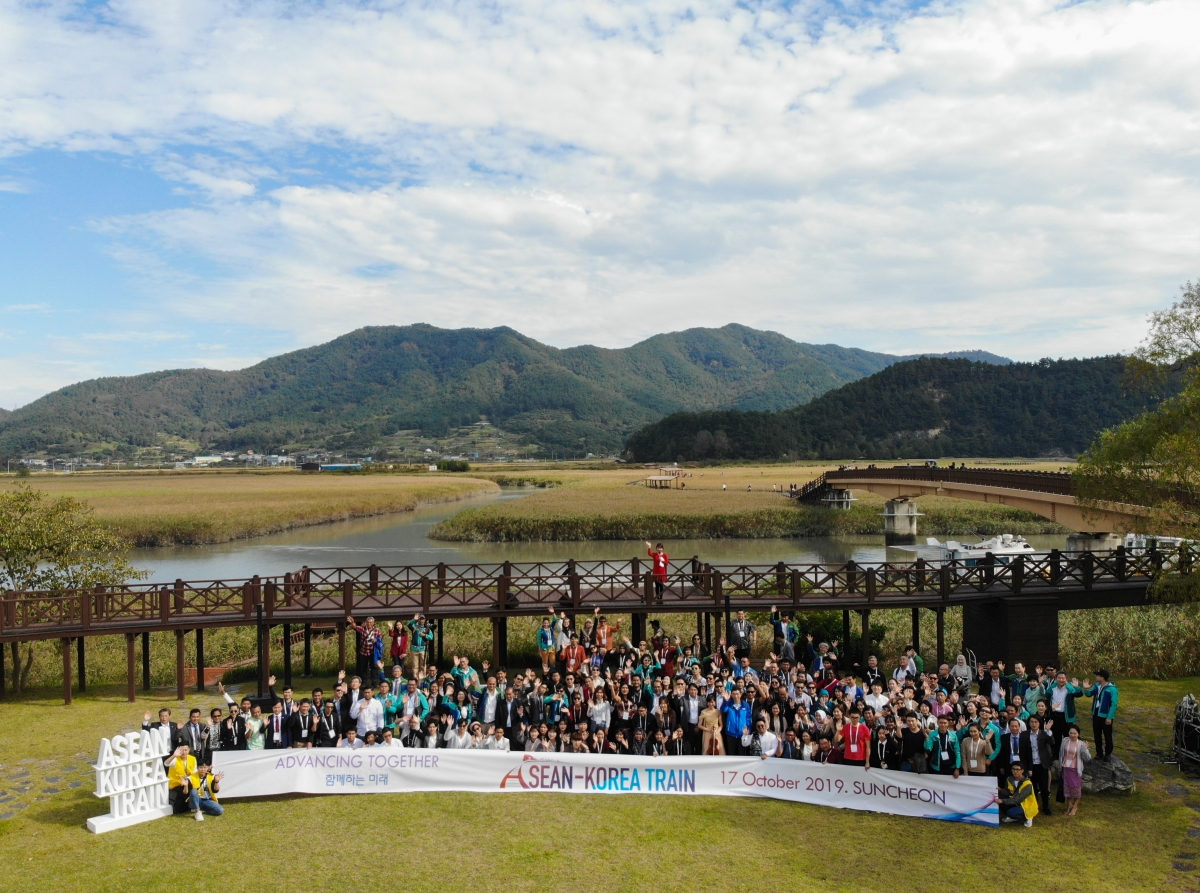 These AKC’s activities significantly contributed to the evolution of the ASEAN-Korea relationship as witnessed through a volume of programs and networks. As a frontier public diplomacy actor, the AKC has performed well in creating diverse, constructive activities to raise awareness of ASEAN in Korean society. The Centre has also been cultivating know-how and know-who wisdom that will pave the way for successful implementation of the NSP in the next decades.