Home|Mainstream Media Discrepancies Between the U.S. and the UK 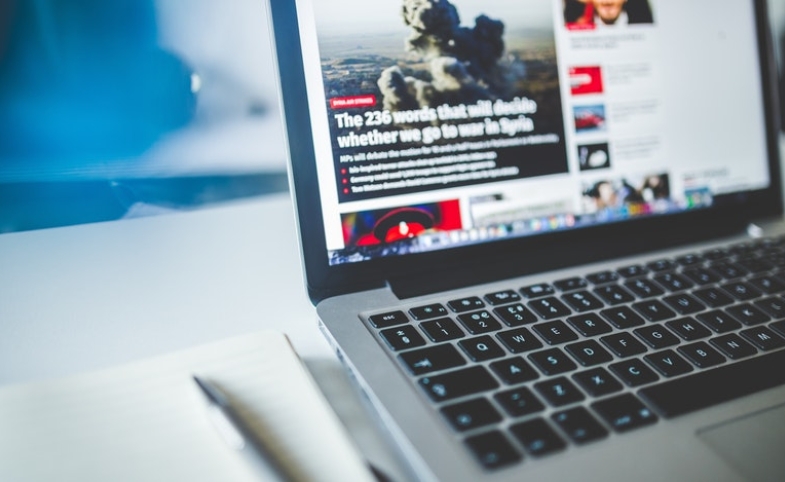 I can recall my parents’ stern warning growing up that “ignorance is the enemy of change.” Yet the American public displays widespread ignorance regarding climate change, especially compared to the UK citizens I encountered during my time studying abroad.

As an environmental studies minor at USC, I tend to pay close attention to news coverage on climate matters. Each morning before class, my routine includes tuning into the BBC to catch the daily news. I soon noticed that UK mainstream media outlets cover this topic far more often, without partisan bias and on an international scale. This is reflected in UK public opinion, for every Londoner I have questioned on the topic has no doubt of the science behind climate change and has expressed their disdain toward the U.S. decision regarding the Paris Climate Agreement. Citizens of the UK are able to access reliable information about climate change far easier than citizens in the U.S.

Although British print media is notoriously brash and opinionated, I have found UK broadcast media, such as the BBC, to be quite the opposite. Despite the recent Brexit debate, which sparked distrust in the mainstream media, the UK’s top media sources show less polarization than those in the U.S. The BBC, for example, is a powerful media presence that is considered a mid-point between right- and left-leaning audiences.

Conversely, the U.S. does not have a news source of comparative size that is also considered a reasonable balance of both sides of the political spectrum. Mainstream news channels in the U.S. such as Fox News are considered favorable for conservative audiences, whereas NBC is regarded as in the realm of “liberal media.” The absence of partisan debate is apparent in frequent BBC news reports on climate change, from reports on increased snowfall in the arctic to the cooling of the Atlantic Ocean. Yet perusing through the Fox News website, I encountered an op-ed that endorsed Mike Pompeo’s opposition of the Paris agreement, and on CNN I read articles reporting on the domestic climate change debate. In fact, U.S. reporting on the topic often focused more on the difference of opinion within the country regarding the topic.

With in-depth and unbiased coverage of climate change at their fingertips, UK citizens’ public opinion is relatively unified.

Furthermore, the way in which the UK frames climate change news coverage is not the only way that it differs from U.S. media coverage. It is also the frequency with which the topic is brought up as well as its coverage on an international scale. During my fall semester at USC, I frequently tuned into mainstream broadcast media channels, yet I rarely recall seeing a story regarding climate matters. Even during the height of hurricane season in the U.S., only 5% of coverage on major TV networks mentioned climate change.

U.S. networks tend only to focus on the domestic effects of climate change. In contrast, UK media outlets engage in the climate change discussion on a more international level. Philip Seib, Professor of Journalism, Public Diplomacy and International Relations at USC, offered his take on the global scope of UK media, stating, “The United States has always been characterized by a degree of intellectual isolationism, while Britain has had centuries of close connections—often not pleasant ones—to its empire and neighbors. This has affected the appetites of British news consumers.”

This international appetite fuels such articles as the one I discovered a few weeks ago titled, “Climate Change Impacts Women More Than Men.” The story detailed climate change's effects on women living near Lake Chad in Central Africa to those residing in New Orleans, USA. Rather than simply covering the immediate environmental impacts of climate change, the article delved into some of the deeper and longer lasting social effects. This allows the British public to gain awareness of not only the challenges faced by foreign nations but also the diplomatic efforts taken to combat climate change.

With in-depth and unbiased coverage of climate change at their fingertips, UK citizens’ public opinion is relatively unified. 69% of the British public believes there is a consensus among scientists on the reality of climate change, a higher percentage than in the U.S. According to Philip Seib, “News coverage educates as well as informs.” When mainstream media outlets such as the BBC report on the topic, they are educating the British public and furthering their support for treaties such as the Paris Agreement. On the other hand, when U.S. media outlets ignore or cast doubt on the reality of the topic, the public reflects this attitude.

The international community needs the full support of developed nations such as the U.S. and the UK to make climate treaties effective. For study abroad students such as myself, the attention given to climate change in Britain shines a light on the pitfalls of U.S. mainstream media. Hopefully, we will be able to bring greater public awareness to the topic upon our return home.

Two key events this winter have provided an important reminder of the Arctic’s growing clout in global politics. In late January, China issued a white paper calling for greater international cooperation over shipping and...