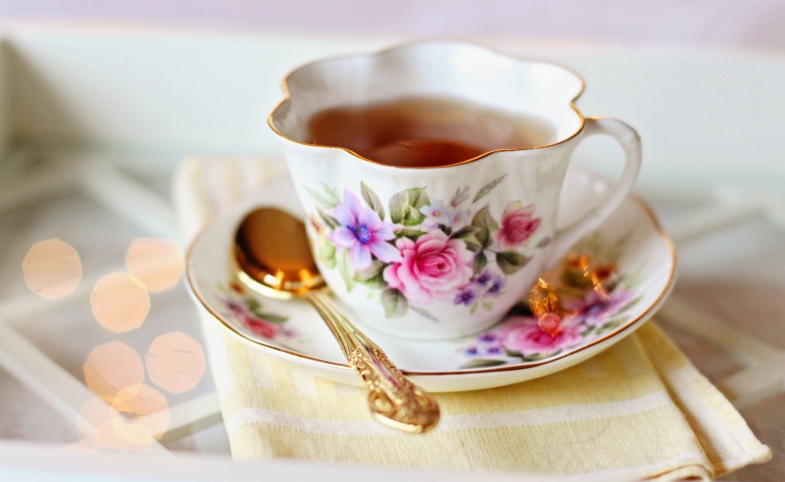 Sitting at high tea in a popular London tearoom, I could not think of a more quintessentially British place to be. I was thrilled to be throwing myself into the London scene.

To my surprise however, the only accent I could hear in the room was an American one. As I looked around, surrounded by fellow foreigners, I could not help but be confused as to how my desire for cultural immersion had gotten me here.

My journey to London began at the University of Southern California (USC), where I am an undergraduate student studying communication and international relations. It has always been an interest of mine to study abroad, but this interest solidified after I started working at the USC Center on Public Diplomacy (CPD).

As events and programming intern, I supported the coordination for many of CPD’s successful events. This included hosting speakers such as the former President of Taiwan, Dr. Ma Ying-jeou, who spoke of witnessing Taiwanese and Chinese students overcoming their differences through shared cultural experiences. This led me to believe that the best way to pursue my interests in public diplomacy was to immerse myself in a foreign city. With this in mind, I set out to study communication in London through a USC-sponsored program with Accent Education.

Although I had never spent any time in London, I am a dual citizen of Australia and the U.S., and I considered myself familiar enough with cultural differences to easily blend into the fabric of London life. This hypothesis was true to an extent, but there are many ways in which life in London is different and enlightening. From enjoying the brutal honesty of English comedy to realizing the importance of extensive public transportation, I was (and still am) getting a taste of London.

However, while the heart of studying abroad lies cultural exchange, it seemed to me at first that this exchange was a one-way street.

I was surprised to find myself clinging to the familiarity of my American friends and social norms. Like many other American study abroad students, I spent my first few weeks traveling around the city meeting up with mutual friends who attend other American universities. This tendency does not go unnoticed to the residents of this city. In fact, specific bars and restaurants have been created to cater to American students who want to spend time with their peers. Once, when spending time with a British neighbor, we mentioned our nighttime plans, inviting her to join. Her response: “why would I ever go there; it’s all Americans!”

One-on-one interactions and exchanges of our traditions, foods, our humor, beliefs and intellect, will be what connects us as humans.

In London, American students have created their own niche within the city where they can find comfort in the familiarities of their old home and traditions. While I found this surprising, this is human nature; London is home to many ethnic neighborhoods where immigrants of the same nationality reside, seeking the support of a familiar culture. I have visited many of these London neighborhoods, from browsing reggae music shops in Brixton to enjoying a plate of Korean barbecue in New Malden.

However, the difference between these neighborhood and the spots that American students frequent, is that the neighborhoods are celebrated as integral to the melting pot of London and are visited by Londoners of all different backgrounds. Instead of fostering isolation between immigrants and London residents, these areas serve as a bridge that allows for cross-cultural experiences.

I recently encountered this cultural exchange by walking through Brick Lane. This East London neighborhood is home to a large Bangladesh community while also serving as a popular spot for street artists and markets. While exploring some of the amazing art in the area, I came across a giant crane, painted on the side of a building. A local art student revealed that this piece is a landmark of Brick Lane but that the painting was originally intended to be of a pigeon. This changed when the owner of the building asked the artist if he would consider making it a crane, a sacred bird in his home country of Bangladesh. The artist agreed, and since that day Londoners have enjoyed a beautiful art piece while also appreciating an important symbol of another community. 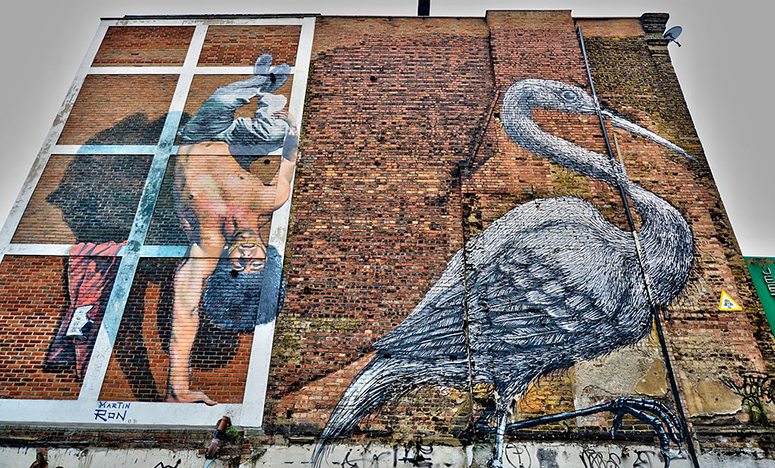 Therefore, to be truly successful in my own abroad endeavor, I recently made it my goal to share my own American culture with those whom I did not share a native country with.

I have dragged my roommates to a variety of events using meet-up websites such as citysocializer and Student Central. This has been the most effective tactic to meet with not only London natives, but also with newcomers from around the globe. These experiences have reinforced my beliefs that, in a world as globalized as ours, the lines of cultural differences are blurred. One-on-one interactions and exchanges of our traditions, foods, our humor, beliefs and intellect, will be what connects us as humans.

Although I will still attempt to avoid tearooms where my own accent is echoed around me, I have learned what it means to be surrounded by a diverse melting pot.

Study abroad students such as myself have the unique opportunity to contribute to this dynamic, and we can learn a great deal about other cultures while also leaving a small piece of our own. This is an opportunity I do not intend to take for granted and will continue to go beneath the surface level of London for as long as I get to be here.