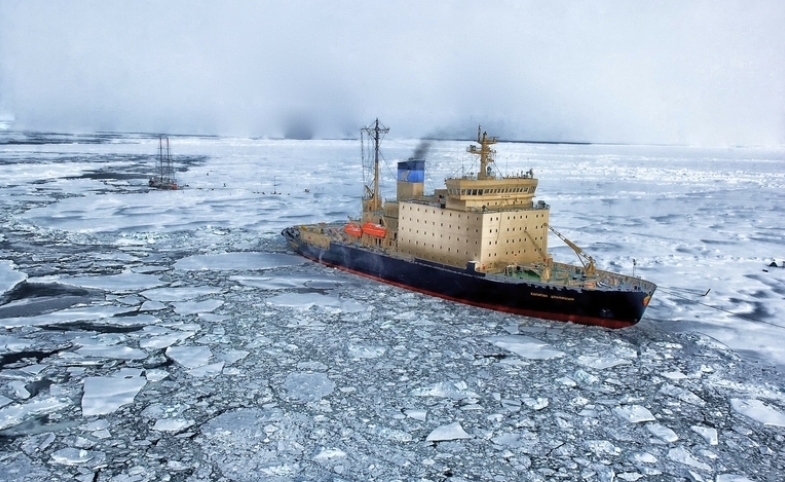 Two key events this winter have provided an important reminder of the Arctic’s growing clout in global politics. In late January, China issued a white paper calling for greater international cooperation over shipping and infrastructure in the region—a so-called “Polar Silk Road”. International media headlines from the Financial Times, CNBC and the South China Morning Post were quick to parrot the phrase in covering the development. Previous to this, another announcement captured the attention of global politics observers: the Arctic Council, a forum for international cooperation, was nominated for the Nobel Peace Prize by a group of academics from over 20 different countries.

Both milestones have underscored the region’s increased ecological and economic prominence and the correlating rise of national interests. Some powers outside of the polar zone—such as China—see the Arctic not only in terms of geopolitics but also logistics, resource extraction and scientific exploration. Meanwhile, the existing nations whose borders fall within the Arctic and who comprise the Arctic Council’s member countries—the United States, Canada, Russia, Denmark, Norway, Sweden, Iceland and Finland—strive to sort out existing geopolitical challenges while toggling between demands of economic growth and environmental protection.

These developments, not surprisingly, highlight the role of public diplomacy in the Arctic. The mediation of Arctic developments by news outlets, and their subsequent influence on global audiences and policymakers, can serve or undermine nation-state interests. For example, China’s self-identifying as a “Near-Arctic State” has created both an inevitable media stir and subsequent public debates surrounding the country’s polar ambitions. All the while, the Arctic Council provides a reminder that intergovernmental engagement, dialogue and cooperation help to build long-term trust and mutuality between nations.

Yet in addition to the Arctic Council’s public proclamations and meetings, and the news media’s spirited coverage of the region, there is a third variable that plays a less-appreciated public diplomacy role in the Arctic: popular culture. In particular, the genre of reality television programming highlighting the environmental and labor conditions of the North American Arctic continues to flourish. Few regions globally have attracted the same degree of attention or sheer number of reality programs on television networks such as Discovery and History.

In Alaska alone, over 20 such programs—with titles such as “Alaska Bush People”, “Bering Sea Gold”, “Gold Rush” and “Alaska: The Last Frontier”—beam images of the polar frontier into households across the continent and the world. My recent research, published in the Arctic Yearbook, points to the longstanding popularity of two of these programs in particular: “Deadliest Catch” and “Ice Road Truckers”.

Reality television not only influences the way this international region is understood from afar; it allows communities within the North American Arctic to see themselves and their ecologies through the dramatic narratives of the reality TV genre.

Both television shows have passed impressive milestones in recent years—the 100th episode for “Deadliest Catch” and a 10-year anniversary for “Ice Road Truckers”. The narratives of both programs are dependent on resource extraction activities such as fishing or mining and the frontier adventures and dangerous labor practices that go along with them. These narratives are also dependent upon the ecological backdrops of such economic activities as the nautical routes and crab fishing areas of the Bering Sea, located between Alaska and the Russian province of Siberia, and the winter ice roads traversing the frozen lakes and rivers of Canada’s remote Arctic territories and Alaska, guiding truckers to the world’s most remote communities and work sites.

Last year, crab fisherman Keith Colburn, the captain of the Wizard vessel on “Deadliest Catch”, discussed the impact of climate change on the Alaska fishery at a climate forum hosted by CNN and former U.S. Vice President Al Gore. (This intersection of Arctic popular culture and politics is reminiscent of Barack Obama’s 2015 trip to Alaska, where the former U.S. President appeared in an episode of the survivalist reality show “Running Wild with Bear Grylls”.) In “Deadliest Catch”, the reality of warming oceans has rendered traditional fishing grounds unproductive and decades-old maritime expertise obsolete. Some captains have decided to venture into colder, deeper waters—often unchartered and dangerous territories—to meet their fishing quotas.

This narrative paradox—simultaneously featuring themes of resources extraction and climate change—is also featured in “Ice Road Truckers”. The program has referred to warming temperatures as a “worst-case scenario” for the viability of ice roads and the truckers who navigate them. In both programs, the North American Arctic emerges as a symbol for ecological concerns that are felt worldwide, not just those countries within the Arctic sphere.

That said, these reality characters and storylines also resonate within the areas ostensibly portrayed by such shows. As one media correspondent noted in her travel diary of Alaska’s Dalton Highway, programs like “Ice Road Truckers” have “immortalized” ice road drivers as local legends. Reality television not only influences the way this international region is understood from afar; it allows communities within the North American Arctic to see themselves and their ecologies through the dramatic narratives of the reality TV genre. The impact of these programs is therefore not only global and national but also hyperlocal.

As the world increasingly looks north to the Arctic’s relatively pristine geography and the countries where it resides, traditional entities like the Arctic Council and the global news media will continue to shape attitudes and opinions about the region’s political, economic and ecological future. Nations with direct or “near-Arctic” interests should continue to pay attention. Yet the enduring popularity of programs like “Deadliest Catch” and “Ice Road Truckers” over the past decade provides an important reminder that popular culture also has a public diplomacy role to play—by telling a small but important part of the Arctic’s complicated story to mass audiences nationally and internationally who might not otherwise have taken notice.

A new article in the Public Relations Review by CPD Director Jay Wang, CPD Faculty Fellow Aimei Yang and Rong Wang looks at the "green public diplomacy" of China and the United States by exploring their...