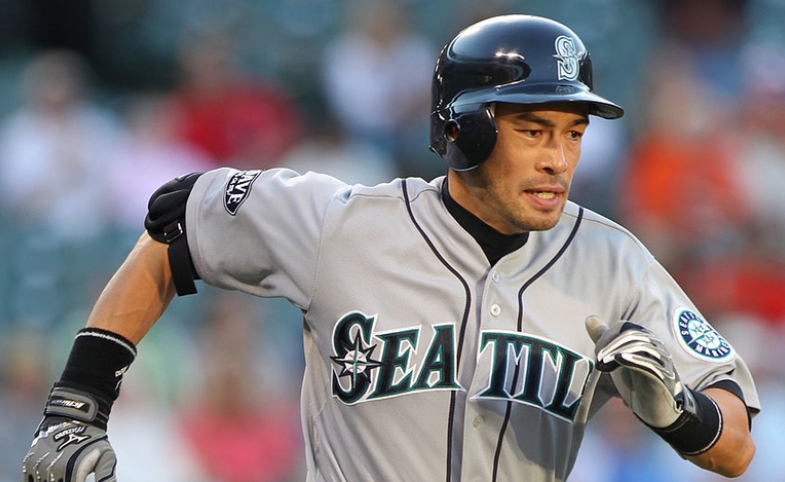 Recent news that Ichiro Suzuki, the legendary Seattle Mariners outfielder, would be transitioning to the team’s front office comes as a disappointment for those baseball fans who would like to see the Japanese sporting icon play at least one more ballgame in a Mariners uniform this season. Yet the news was hardly a surprise for serious baseball fans. Naysayers in the Seattle press and on social media had framed his return to the Mariners in terms of his age and diminished statistics.

His intangibles—the professionalism, the quiet leadership, the dynamism and energy that has fostered a global fan base for #51—were largely drowned out in the debate. That lack of contextualization reminds us that Ichiro’s place in Seattle, and indeed in Major League Baseball, always needed to be considered through a much wider lens, one that considers his global influence—and perhaps even his role within public diplomacy.

As his career transitions to a next phase, there is good reason why we can celebrate his long playing tenure on both sides of the Pacific and his front office future in Seattle (his new job title has been announced by the Mariners as “Special Assistant to the Chairman”). Suzuki has emerged as a symbol of the internationalism of sport—a conduit between the baseball cultures of Japan and the United States. He is still his home country’s best known sporting export, as well as the most famous major league baseball player of Japanese descent in the United States. Ichiro’s appeal means that the Seattle Mariners are as well known in Tokyo as the iconic Yomiuri Giants, arguably Japan’s most famous sporting franchise.

In this sense, Suzuki didn’t just play a game extremely well or help drive ticket sales in the ballparks where he played. It’s bigger than that. He helped build mutual interest between two nations. Joseph Nye, the Harvard political scientist who coined the term soft power, has long championed the role of popular culture, including sports, in global public diplomacy. Through a game like baseball, a country can express its values and tell its story to the world. The increasingly global nature of major league sports leads to powerful national conversations, and Ichiro has provided a platform for a good many of them.

As a driver of media coverage for Major League Baseball in Japan and one of the pioneers of the Japanese wave of ballplayers who arrived in this country over the past two decades, Suzuki has emerged as an ambassador of sorts—of Japan, of baseball and even of Seattle. Given that baseball is a national sport in both the U.S. and Japan, and serves as a lens into the countries’ respective customs and traditions, the symbolism of Suzuki’s career success within public diplomacy should not be understated.

Ichiro is not a politician, but as a baseball ambassador, he has been a generator of international goodwill.

In a recent Associated Press article, baseball writer Robert Whiting explained how Ichiro symbolizes a nation’s hopes and aspirations. “Ichiro gave Japan status and esteem,” he said. “He showed that the Japanese ballplayer could compete on the same playing field with American major leaguers—and excel.” Whiting’s take on Suzuki shouldn’t be downplayed. He authored both The Meaning of Ichiro and You Gotta Have Wa, must-read baseball books that deal with the sport’s transnational flavor in Japan and the United States.

The recent excitement surrounding the play of Shohei Ohtani, who joined the Los Angeles Angels this past spring as an international free agent, provides a case in point. The Japanese pitcher’s on-field meeting with Suzuki before a recent game in Seattle offered up a symbolic and highly-mediated transition—from the legacy of one baseball diplomat to the possibilities of the next.

Ichiro’s act will be hard to top, however, and it should be pointed out that his playing days aren’t officially over. Indeed, there is hope that he will retake the field with his Mariners for a two-games series in Japan against the Oakland Athletics at the Tokyo Dome next March—providing a fitting venue for recognizing his historic role.

A few years ago, Pew Research Center in conjunction with Sasakawa Peace Foundation USA interviewed 1,000 Americans to gauge the public’s perception of U.S.-Japan relations—and they asked respondents for their take on Ichiro. Not surprisingly, a favorable view of #51 was associated with cultural affinity toward Japan and positive views on trade and tourism.

Ichiro is not a politician, but as a baseball ambassador, he has been a generator of international goodwill—something we can use more of. While his legacy will always be defined by how he played the game, we should also acknowledge his role as a sporting ambassador who helped transform baseball’s place in the world and reaffirm the role of culture and sport in public diplomacy.

From Diamond Diplomacy To The Gold Standard